What is the "Gospel of Barnabas"? 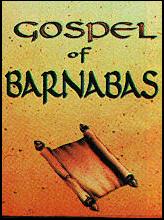 Is it a real "gospel" or fabrication?
Dear Mr. Yusuf,
I keep hearing Muslims talking about the "Gospel of Barnabas", but even while studying deeply into Christianity I have never come across something even close to this. As a former Christian missionary, can you shed any light on this topic?
Peace,
A serious Christian brother
Actually, this is a sad joke on many Muslims. Some have been tricked into believing this has something to do with the New Testament and it is more or less the "Lost Gospel" that will solve all the problems related to the difference between Christianity of today and Islam. But that is all  nonsense, because the so-called "Gospel of Barnabas" is "Bogabas" (fake). The translators of this old  manuscript were not convinced of any authenticity within it.

Let me start at the beginning. I first heard of this "gospel" just after entering Islam. The topic was thrust on me as though I was supposed to know all about it. And when I claimed ignorance to ever hearing about the "Gospel of Barnabas" I was treated as an outsider or a possible "mole" or "spy". They actually thought I was covering up a secret that all preachers and priests are hiding from the public. No joke.
Anyway, here is what I have learned over the last 17 years about the subject of this topic.
The "Gospel of Barnabas" is taken from a manuscript in the Italian language, although it is said it also had been written in Spanish, both of these would be about 500 years old. The actual surviving manuscript is from the 1700's.
The size is approximately equal to that of all four gospels put together, which in itself makes it very doubtful. The Italian manuscript contained 222 chapters. Fabrications are usually larger, not smaller than originals.
The text within declares it to be written by one of the twelve apostles of Jesus.
Most of the content deals with the mission of Jesus and his message and is quite compatible with all four gospels, another reason to doubt authenticity. Although the synoptic gospels are quite similar in many aspects, scholars have always insisted on Mark being the oldest, and most likely more authentic, and even then Mark is said to have been taken from another, much older document referred to only as "Q". The gospel of St. John is nothing like the others and is held to be in a class by itself by scholars. So, this begs the question; "How did a document all of a sudden surface 1500 years later, in Spanish (just after the time of the Catholic conquest of Muslim Spain in January of 1492) that brings together a melding together of all the gospels and the Quran and offers the same Islamic interpretation of Christian origins, all at the same time?"
Some scholars and academics from both Christians and Muslims have considered this gospel to be late and pseud epigraphical - But, others say it may contain remnants of earlier apocryphal (hidden from the public) work that was likely edited to conform to Islamic teachings, maybe from Gnostic or Ebionite or perhaps Diatessaronic sources. Some Muslim scholars have thought it to be a surviving version of a hidden apostolic original. Some Muslim academics have referred to it in support of their view of Jesus.
There are other works, not related but with similar names and are associated with apocryphal writings. These include the surviving Epistle of Baranabas and Acts of Barabas and even an earlier (unrelated) "Gospel" of Barnabas.
Although there are many "theories" being offered about this document, I seriously doubt it has the necessary credentials to be considered anything more than a very old manuscript that was translated by two people, Lon and Laura Ragg, along with their comments about 100 years ago.
For me, it is not worth the headache to deal with a translation of an old document that no longer exists. This would be similar to trying to "find" an original of the Bible. My mind asks, "Why would Muslims waste their time with this nonsense, when they have the Quran and it is still in the original language, no changes and without human corruption?"
I leave it to you to decide.
Peace brother - and I ask Allah to Guide us all, ameen.
Yusuf Estes