What is Halal? Or Haram in This?
"Regarding blood donations in a non-Muslim country:
Do I receive a reward for donating blood to the community I live in at large, regardless of the religion of the receiver of my blood?"

And another question:
"My teenage daughter wants to donate blood and she asked if it is OK in Islam for Muslims to give their

blood to help other people. This makes me wonder about other things like donating eyes, heart and body parts (when someone dies of course)."
"So, what does Islam say about this?"

In the Name of Allah, Most Gracious, Most Merciful. All praise and thanks are due to Allah, and peace and blessings be upon His Messenger.

Answer:
Giving a blood donation is very good and is considered an extremely meritorious and rewarding act of charity in Islam. Since Islam exhorts us to be charitable to all of God's creation, we cannot think of any charity greater than gift of life.
It is a matter of common knowledge that in many cases, persons injured in accidents, etc. can only be saved from imminent death if they are given enough blood to replace what they have lost.
So by giving blood which is in short supply today Muslims are helping people live; by doing this they are indeed carrying out the order of Allah,
“Whoever saves the life of a single person, it is as if he has saved the life of all (of humanity).” (Al-Ma’idah: 32)
Based on the above and similar considerations, scholars and jurists have agreed that Muslims should have no inhibitions whatsoever in donating blood in the communities they are living. They should consider such activities as a most rewarding act of charity.
There is no distinction to be made between Muslims and non-Muslims in donating and receiving blood; all of our bodies and faculties are in a way Muslim (obedient to the laws of Allah).

Just as Islam encourages us to be charitable to all regardless of differences of religion or race, there is no distinction to be made in giving or receiving blood; for there can be no greater gift of charity than blood donation as it amounts to saving life. The Qur'anic mandate for Muslims is to foster life and be engaged in activities that strengthen and maintain it in all forms; the opposite of which is destruction or fasad, which includes all activities that diminish or destroy life in various forms.
The Prophet (peace and blessings be upon him) has exhorted the faithful to be engaged in charitable deeds every single day; he is reported to have said, "Everyday that sun shines, everyone of you ought to do some charitable deeds." He then counted numerous examples of charity all of which are intended to enhance the quality of life. He also said, "There is reward for you in acts of compassion rendered to every creature with a throbbing heart."
In other words, fostering and maintaining life in all forms, human and others, is indeed one of the most meritorious acts, entailing greatest of rewards in the sight of Allah. How can it be otherwise, when humans are the trustees of the earth and as such we are to enhance God's work? 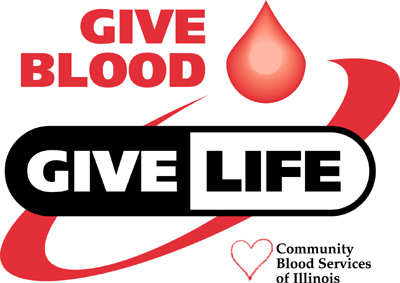 In conclusion: Blood donation is undoubtedly tops the list of charitable deeds; therefore every Muslim and Muslimah should participate in it and also take initiatives in their communities to organize blood banks.
May Allah give us the honor of saving lives and thus merit rewards both here and in the Hereafter, ameen.
Here is another scholar's answer on the same topic:
Sheikh Ahmad Kutty, a senior lecturer and an Islamic scholar at the Islamic Institute of Toronto, Ontario, Canada, issues the following Islamic Ruling (fatwah):

We ask Allah to reward your daughter for her desire to help other people by giving something as precious as her blood to save others. We also make dua for her for seeking proper knowledge from the Islamic perspective before doing something like this and you also for taking the time to write to us for clarification. We pray more of the Muslims will do the same, ameen.
Answer: "Organ donation is Halal (permitted in Islam) - within limits. It is allowed and can also be a very worthwhile charitable effort, if it is done within the permissible limits prescribed by the Shariah (Islamic Law). The following are the conditions scholars have stipulated for donation:
Conditions associated with a living donor:
1. He/she must be a person who is in full possession of his/her mental faculties so that he/she is able to make a sound decision by himself/herself;
2. He/she must be an adult;
3. It should be done on his/her own free choice without any external pressure exerted on him/ her;
4. The organ he/she is donating must not be a vital organ on which his/her survival or sound health is dependent upon;
5. No sex organs can be transplanted.
Conditions associated with deceased donors:
1. It must be done after having ascertained the free consent of the donor prior to his /her death. It can be through a will to that effect, or signing the donor card, etc.
2. In a case where organ donation consent was not given prior to a donor’s death, the consent may be granted by the decedent's closest relatives who are in a position to make such decisions on his/her behalf.
3. It must be an organ or tissue that is medically determined to be able to save the life or maintain the quality of life of another human being.
4. The organ must be removed only from the deceased person after the death has been ascertained through reliable medical procedures.
5. Organs can also be harvested from the victims of traffic accidents if their identities are unknown, but it must be done only following the valid decree of a qualified judge."
And as always, we say, "Allahu 'Alim" (Allah is the All-Knower of everything).
COMMENTS
You Type it - We Print it
(after we review it)