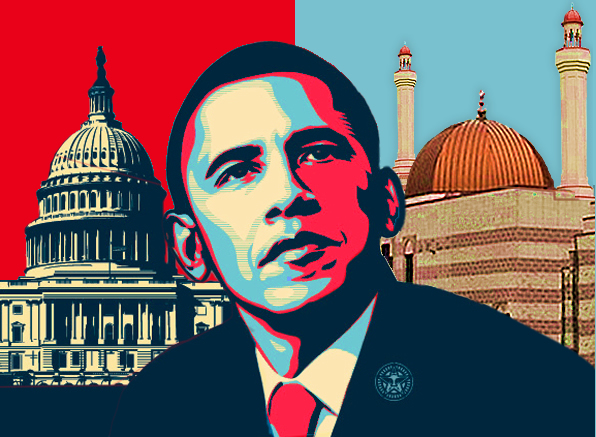 January 30, 2016 - The president of the United States of America, Barack Obama, is set to meet Muslim community at the American mosque in Baltimore, Maryland.

In his very first visit to an American mosque, President Obama is hold talks with leaders from the Islamic Society of Baltimore, according to White House sources on Saturday, January 30th.

Sources also tell us his visit symbolizes a "public embrace of Muslims" by the president, at a time when America's public is showing more resentment toward Islam and Muslims in an ever growing fear of terrorist attacks fueled by media hype and certain celebrity endorsements comparing all Muslims to the very few of extremist groups.

President Obama has distanced himself from American Muslims, possibly to avoid suspicions that is a "closet Muslim", because of his father being born to Muslims living in Kenya.

Obama and his supporters have produced his birth certificate as proof he is American, being born in Hawaii and raised as a Christian. However, there are still those who insist he is a Muslim or at least, pro-Islam.

The visit comes now at the end of his tenure,a time when the Constitution prohibits the president from being reelected after serving two terms in office.

White House source says President Obama is scheduled to visit the American Muslims in celebration of "contributions made to our nation by Muslim Americans", in hopes of reaffirming the importance of religious diversity and freedom as our way of life in America.

Statements to be made by the President in his visit to the mosque are planned to repeat the "importance of staying true to our core values; welcome our fellow Americans, speak out against bigotry, reject indifference and protect our nation's tradition of religious freedom", say sources close to the president.

President Obama speaks sharply against the radical speeches, implications of American Muslims all being linked to terrorist groups and calls made by Trump, his followers and others to halt Muslims from entering the United States, being made by Trump and his supporters, and makes clear his position and our Constitution's guarantee of religious freedom.

While some have raised concerns over refugees coming from Syria, Iraq and other besieged countries to the United States, due to supposed potential import of terrorism from these regions of the planet, Obama has remained firm in his position arguing such efforts are wrong, unconstitutional and will only weaken America's position as a world leader, while putting our security at very serious risk by inciting extremist groups.

President Obama was quoted saying, "We are not going to build progress with a bunch of phony "tough talk" and bluster, over-the-top claims that just play into ISIL's hands".

Speaking to House Democrats just two days before, while working on logistics for the Baltimore event, the president told them, "We are not going to strengthen our leadership around the world by allowing politicians to insult Muslims or pit groups of Americans against each other. That is not who we are. That is not keeping America safe."

Reasons for choosing the Baltimore Islamic Society and their mosque for the event, could be due to the close proximity to Washington, D.C. and yet not right against the background of America's capitol. No one has said for sure, but there are some other views as well.

In any case, Muslims everywhere should be praying and asking God Almighty to make this event an opportunity for America to come back together and avoid going back to days of bigotry, racism and segregation.

In related news, Yusuf Estes, director for GUIDE US TV will be joining Imam ShamsiAli in the United Nations this week for talks of world faiths in the future.