Boy Cuts Off Own Hand
For "Blasphemy" in Pakistan?

ISLAM NEWSROOM: "15 Yr. Old Boy Cuts Off Own Hand for - "BLASPHEMY" - in Pakistan

Here's headlines the news sources are all buzzing about right now!

A 15 year old youth in remote area of Pakistan who misunderstood a question from the Imam (prayer leader) and then was accused of "blasphemy" the boy runs home, pulls out a knife and cuts off his own hand.

But first - let's understand a few things to help us living here in the west what is really going on in other parts of the world.

Ignorance - To say the least! This case really needs examination before drawing any conclusions or making accusations toward Islam or Muslims in general.

Education - Although some very brilliant minds come from this part of the world, there are still far too many in remote areas existing without even 5th grade educations and in some cases can barely read and write.

Conditions - Most still live in very rural and impoverished conditions. Jobs are mostly meial tasks, long hours, every day, no benefits and some even selling their own body parts (like kidneys) for their family's survival.

Beliefs - Almost all of Pakistan claim to be Muslims. However, beliefs range from some basic tenants of Islam to some very "un-Islamic" practices. For example: beating, cutting, bleeding themselves in pagan-type rituals; cutting little babies for sacrifice to the dead; wife beatings; honor killings and the list goes on. Some blame the pre-Islamic Hinduism history for these and other horrific acts of violence and superstition. But the solution lies in proper education of the religious leaders, teachers and parents.

First of all, we understand from the news articles, the boy "MISUNDERSTOOD" the question, and obviously misunderstood what was meant by "shirk" (Arabic for blasphemy).

Second, the boy had raised his hand when he misunderstood the question. After the admonishment from the Imam (prayer leader) for supposed "shirk", the boy wants to make amends for his action and decides to cut off the hand that he raised.

Third, the praise for this act from the locals (even his own father) indicates their over whelming zeal for something that is not praised worthy at all. They felt the boy had been willing to do something - over and above - what Islam calls for in cases of disobedience and therefore considered this a praise worthy and commendable act of dedication to God.

Fourth, The boy, and perhaps the entire community, are misguided and are in desparate need of real education of reality, common sense and most of all TRUE ISLAM.

Our prophet Muhammad, peace be upon him, would never approve of such actions, nor should any of us.

BLASPHEMY (yushirk-billah - in Arabic): The "unforgiveable sin"! What is it really? Look to the Quran, chapter 4, verse 48:

For sure, Allah does not forgive shirk (making partners in worship) with Him. But He forgives anything less than this for whomever He wills. And whoever does shirk-billah (associating other gods with God) has certainly fabricated a tremenous sin.

Clearly, this is talking about the Day of Judgment and only those who died without repenting of the "shirk". Therefore, it is not for the people to punish anyone for religious beliefs or lack of beliefs in any form or fashion.
Belief is an essential, protected right of every individual according to Islam. Read the Quran, chapter 2, verse 256:

Sahih International: There shall be no compulsion in [acceptance of] the religion. The right course has become clear from the wrong. So whoever disbelieves in taghūt (false gods) and believes in Allah has grasped the most trustworthy handhold with no break in it. And Allah is Hearing and Knowing.

This whole story is really about ignorance, misunderstanding and false beliefs - NOT ISLAM.

[One more thought - "What else could such an ignorant boy do?"]

For more about the real Islam - www.ExposeIslam.com 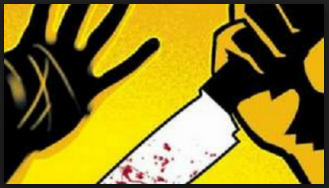 15 Yr Old Boy Cuts Off HIS Own Hand!
POLICE IN PAKISTAN have arrested an imam for inciting violence after a 15-year-old boy who was reported to have been mistakenly accused of blasphemy cut off his own hand.

The cleric, Shabbir Ahmed, last Monday told worshippers at a village mosque that those who love the Prophet Mohammad always say their prayers, before asking who among the crowd had stopped praying, according to local police chief Nausher Ahmed.

Mohammad Anwar, 15, raised his hand by mistake after apparently mishearing the question.

Ahmed then accused the boy of blasphemy, according to local media, a serious allegation in Muslim-majority Pakistan.

Anwar fled home, where he cut off the hand he had raised and placed it on a plate before presenting it to the imam, according to police chief Ahmed.

The imam was arrested late last night and would appear in court tomorrow “for further legal proceedings”, Ahmed added.

“Shabbir Ahmed, the cleric, has been arrested and booked under anti-terror law for inciting the boy to take such an extreme step,” Ahmed told AFP from Hujra Shah Muqeem district, some 125 kilometres (77 miles) south of Lahore in Punjab province.

Blasphemy is a hugely sensitive issue in Pakistan, an Islamic republic of some 200 million, where even unproven allegations frequently stir mob violence and lynchings.