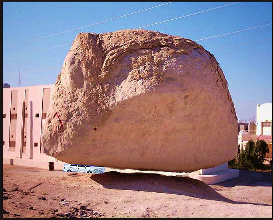 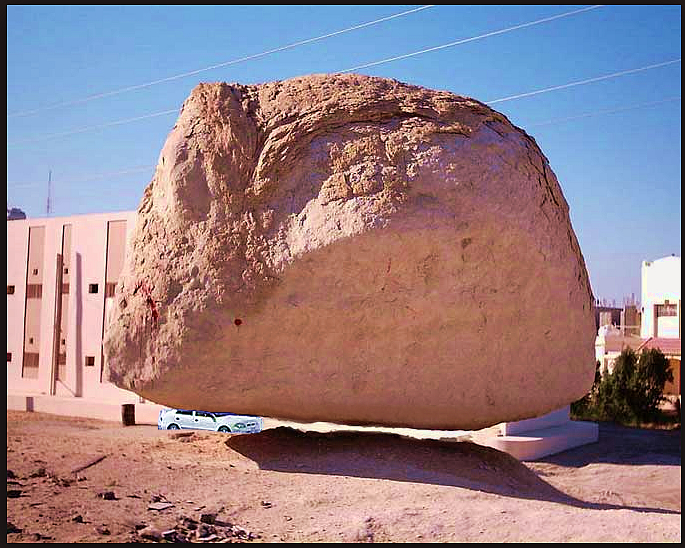 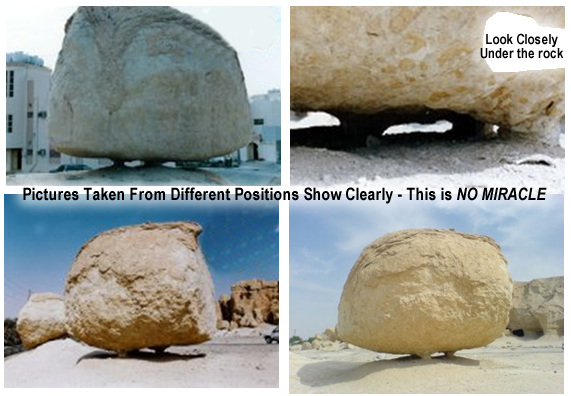 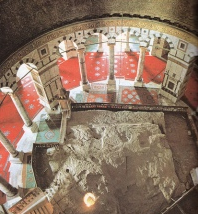 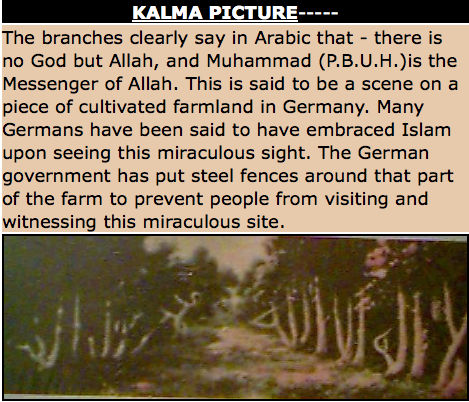 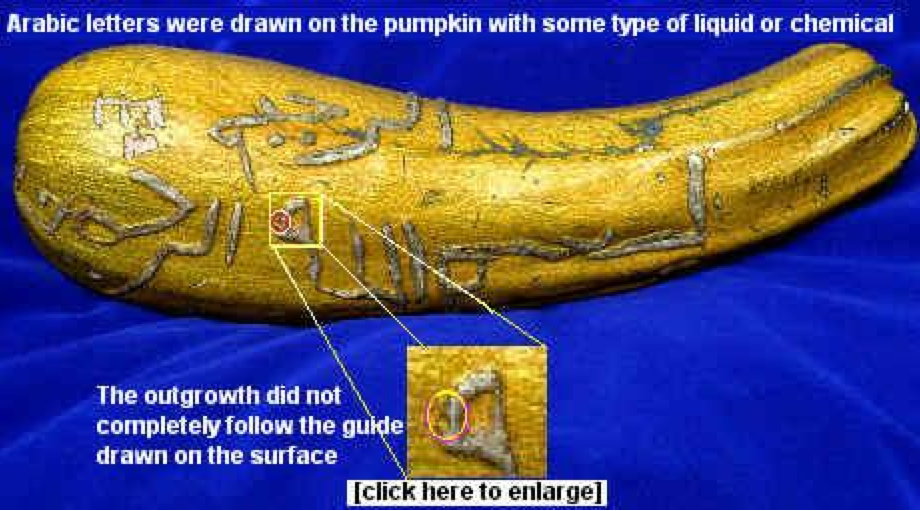 12
#12 Aniesa 2015-05-15 07:31
The trees are not fake. It was found in Germany and I grew up in Austria. They want you to believe it's fake. But I remember when it was discovered it was on the news and I saw real footage. You could even visit the place but now you can't anymore and there's not a single real Image left on the internet. It's been many years since and now they closed off the place and you can no longer go there.
EDITOR: The picture is of a PAINTING. This is not an actual photo of trees.
This was investigated and found to be a painting made in Egypt many years ago and someone took a black and white photo and someone else came up with the story.
IT IS FAKE - 100%
#11 Shoaib 2013-06-14 08:30
need to note that the four pictures are quite different than the original first picture.Notice the shape of stone and the background of pictures are different in four pictures.
#10 Yusuf Estes 2013-03-23 06:01
Salam alaykum Abdul,
I think we understand what you are saying. For sure we do respect the elders and scholars of Islam.
Please take some time to share this page with your teachers to see what we are saying here and ask your sheikh to write to us, inshallah, if there is anything where we made any mistakes.
Salam alaykum,
Yusuf Estes
#9 Abdul 2013-03-22 21:47
but so many people saw thse pictres and they kno it is true caz they are special people like our sufi shakh who told us not to read this and not beleve this guy becaz he dont kno like him. U hav to kno a goood shakh and he can tell you to kno wha to belief. thes mircles are real 4 sure.
#8 Faiz 2013-02-16 17:51
and these hoax were made by the non believers and freethinkers, do not believe in them, even all paranormal activity in the web they try to convince/trick people as hoax
#7 Yousuf Doty 2013-02-12 21:10
I have visited this place and looked for the detachment of how it is called the floating rock but was unable to see how it was floating hmmmm makes me wonder myself why it is called this. It all looks connected to the ground to me.
#6 Syeda 2012-04-18 22:21
jazakallah for removing the misconception i had seen this picture on internet and thought it was true may Allah guide us and help us to be steadfast on the siratal mustaqeem
#5 afrasiab 2012-03-04 06:27
PLEASE MY ENGLISH NOT ERY WELL BUT TRY TO UNDERSTAND IT AND PLEASE GUIDE ME. very nice sheikh for elucidating the point about this picture .In our village some people print it and make wallpaper and right it below these world that"ON THE NIGHT OF MERAAJ WHEN Prophet Muhammed (pbuh) WERE GOING TO MEET HE STEP JIS FOOT ON THIS STONE SO AS HE HE GONE UP THE STONE ALSO START GOING UP THE ALLAH ORDER THE STONE TO STOP SO FROM THAT TIME STILL STOP IN THE AIR LIKE THAT ,
#4 sk 2012-01-06 03:07
If there was a floating rock, wouldn't it land on the illegal settlements? That would be a miracle.
#3 sobaan 2011-08-06 08:44
no doubt this is the great miracle of ALLAH.
12
Refresh comments list
RSS feed for comments to this post