LIVE in Columbus, OHIO
(9AM to 11AMWorkshop -Sat)

Join Yusuf Estes and many more
for lectures, speeches and workshops
Abu Baker Masjid & Masjid Omar Too!
Check Our Schedule for
LIVE BROADCASTS
All Weekend in Ohio
Live Broadcasts -
Fun for All - All for Fun - Youth programs
Channel for Real Islam in America..

Finally! At Last! Al Hamdulillah - Muslims have our own TV channel in America! At last Muslims can have their voice in the United States and Canada, for all to hear.

But now it is up to us to provide the proper content and message so desperately needed for Muslims (our youth in particular) and for non-Muslims (those who hate Islam in particular) to get the real truth and see the real Islam the way Muslims should be practicing it.

"It is a tremendous success!" says Yusuf Estes, founder of the new Muslim TV channel, Guide US TV. He continued saying, "Now we, the American Muslims have their own TV channel - and it's FREE!"

The long awaited satellite channel now delivers the much needed balance of understanding and integration for Muslims living here in the United States and Canada. The patience and working with co-operation have paid off for the Muslims living in America.

Muslims and other faiths in Canada and U.S. are now receiving the biggest TV treat in history

Yusuf Estes, founder of Guide US TV says - ...we are all so excited about the acheivements of these events in New York and Chicago - especially the chance to meet so many of the supporters who have been regularly contributing for this project for so long.

When asked 'why?' - He said, "We are all working hard and sacrificing together as "media partners" to help launch Guide US TV on Satellite"

He says he ..loves working with scholars, teachers and presenters and all the brothers and sisters on this exciting project - Guide US TV.

2. OFFICIAL LAUNCH DATE WAS - DECEMBER 25 & 26 - and it all started with a 48 HOUR TELETHON
It is offically confirmed from World TV, the satellite TV provider that on December 25 and 26 - Guide US TV was fully connected and authorized to begin their daily, 24 hour broadcast signal to present live and recorded programs in co-operation with Dr. Zakir Naik of Peace TV, Harun Yahya, HUDA TV, Islam Channel in UK, Voice of Islam in New Zealand and Share Islam TV in Washington, D.C.

The transmission originated from the Hyatt Regency Hotel convention area and started at exactly midnight (CST) on December 24th, and continued for 48 hours until Midnight on December 26th.
The 48 Hour telethon for Peace and Social Interaction, included visitors to the conference and presenters from around the world coming 'live' from their various locations.

Daily Schedule: satellite uplink LIVE broadcasts & regular shows all through Ramadan!
This is the first ever, channel like this in the English language for all America

Give Your Support - Help Raise Awareness - Do It Now 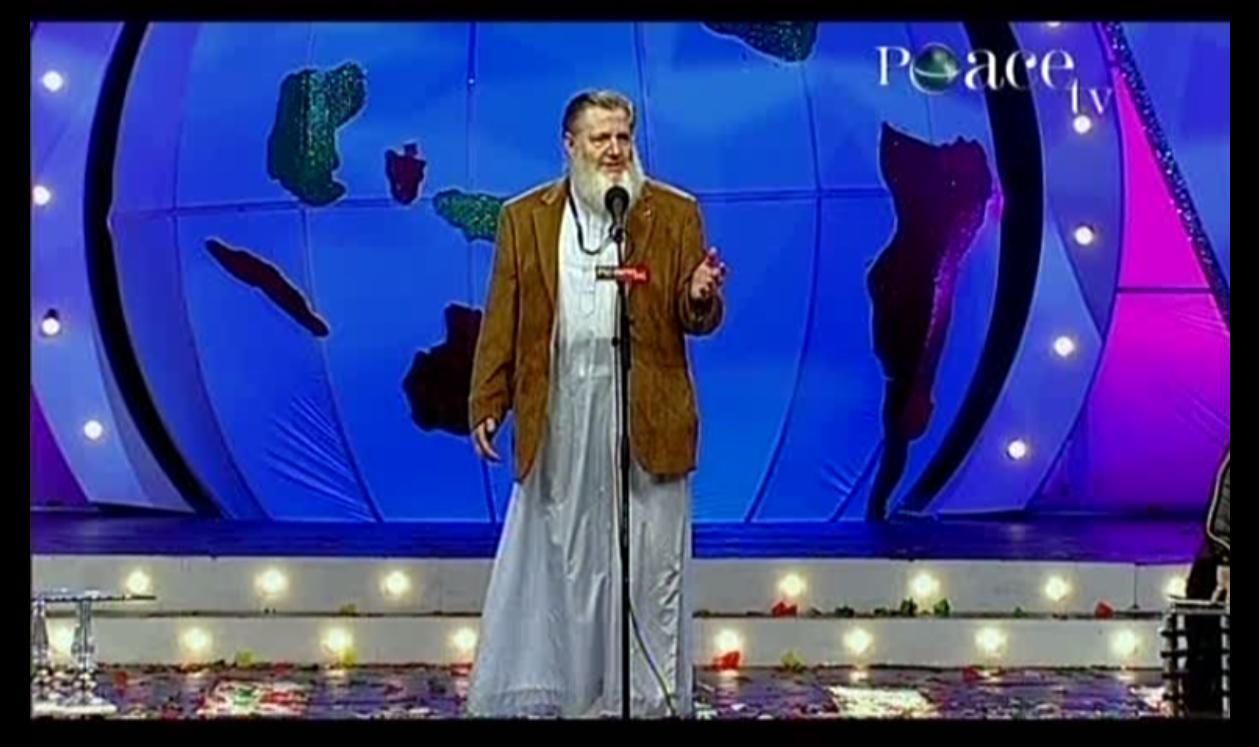 IT'S ABOUT DAMN TIME...HUMANITY IS STEPPING IN.