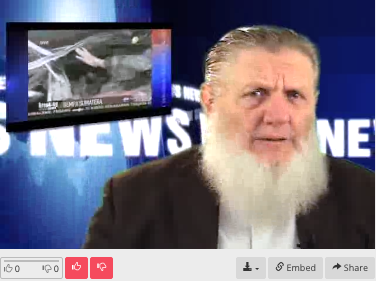 What Does Quran Say About This?

Predicted by Muhammad, peace be upon him 1,400 years ago
(watch video now) 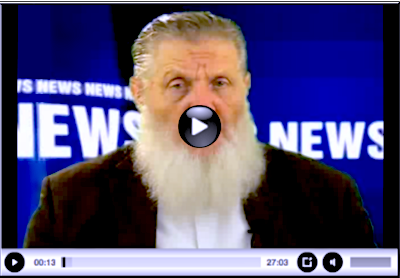 NEWS WE NEED  (When We Need it)
[Click image for video] 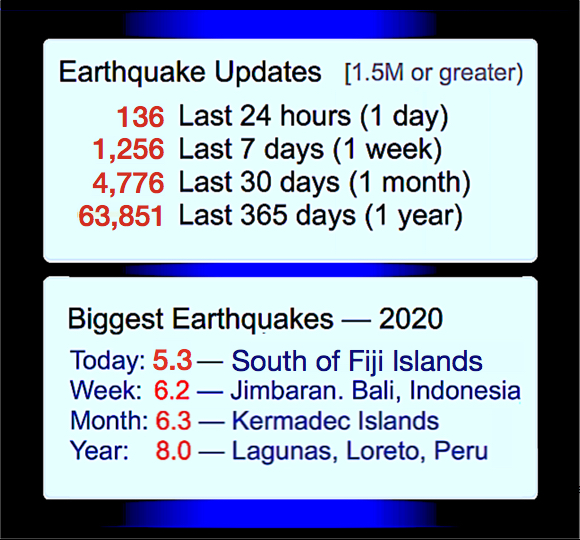 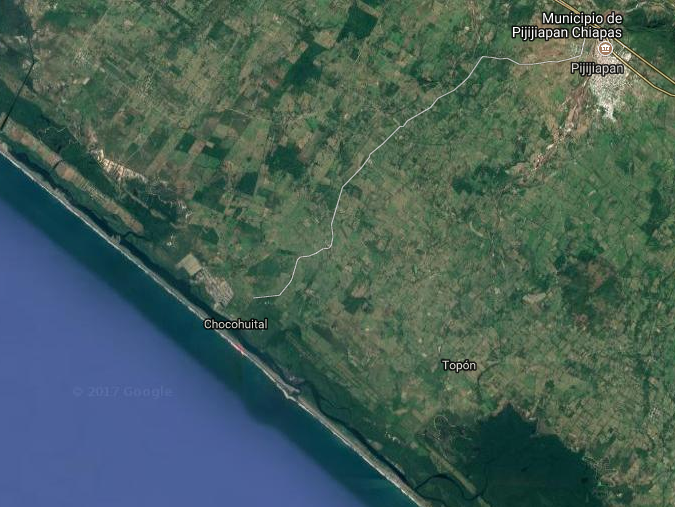 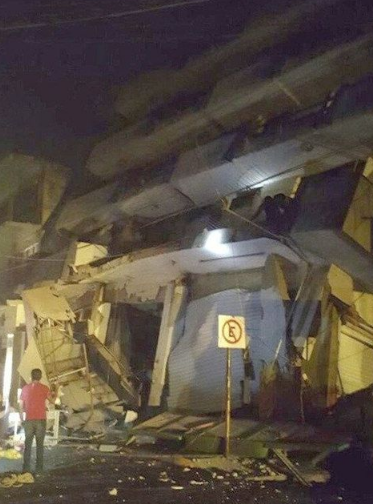 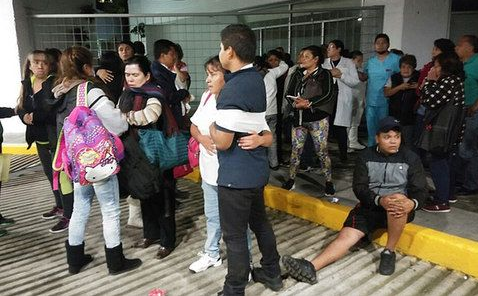 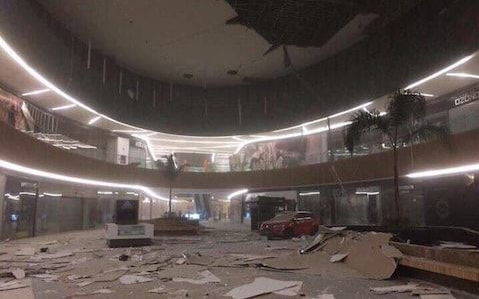 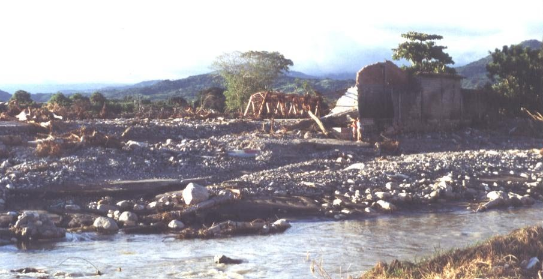 Updates in Recent Past

Significant Earthquakes, in the PAST

And monster earthquakes recent past: 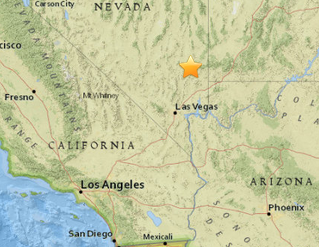 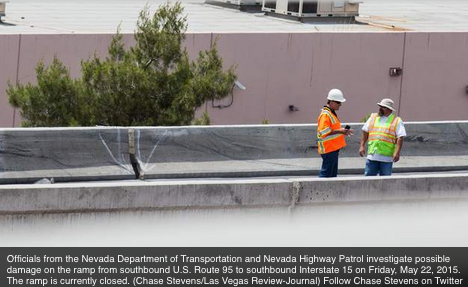 All of Las Vegas felt the earthquake that extended off in all directions to the surrounding areas - causing serious traffic congestion.

No reports of death or injuries at this time.

Center of the earthquake is reported to have been approximately 24 miles south to southwest of Caliente, says U.S. Geological Survey.

Nevada State closed parts of Spaghetti Bowl, inspecting a ramp for any damage.

Traffic backed up for miles, as ramp for southbound U.S. Route 95 to southbound Interstate highway 15 was shutdown because of damage just before 12:30 PM, says Nevada Transportation Department.

Although the damage is not officially connected to the earthquake, the ramp is being investigated at this time for the possiblility of serious structural failures.

NDOT said it was not doing a widespread inspection of the state’s bridges as a result of the earthquake because most bridges are designed and engineered to withstand small quakes. But the ramp at the Spaghetti Bowl was being checked.

We are currently inspecting for any potential damage following the recent earthquake in Caliente, including the U.S. (Highway) 95 southbound ramp to I-15 southbound that is currently closed due to possible structural damage,” said Tony Illia, a spokesman for the department.

All of our bridge structures are designed to withstand rigorous wind and earthquake loading,” Illia said. “Nevada lies within an active seismic zone, which is something that we take into account during the project design and engineering phase.”

Illia said Nevada has some of the best-rated bridges in the country, according to a recent report by the American Road and Transportation Builders Association. Only 1.8 percent of Nevada bridges are classified as structurally deficient, which is the lowest in the country. The national average is 6 percent.

Officials at McCarran International Airport said there were no disruptions in operations and planes were routinely taking off and landing after the quake.

DID YOU FEEL IT?’

The Lincoln County Sheriff’s Office had no immediate reports of any damage in or around Caliente.

Though the temblor was felt across Southern Nevada and as far away as Irvine, Calif., “we barely felt a thing here,” said Deputy Dathan Lewis at the sheriff’s office in Pioche, about 20 miles north of Caliente.

A couple of items fell off the shelves of a Caliente grocery store, but there was no serious damage to the old building, Great Basin Foods manager Alyson Hammond said.

At Priest Elementary School, near Craig Road and Simmons Street in North Las Vegas, former Review-Journal reporter Francis McCabe said the shaking seemed to go on for about 15-30 seconds and prompted a few people to venture outside the building.

People across the Las Vegas area reported feeling the first earthquake, including in Henderson, North Las Vegas and Boulder City. People in three other states — Utah, Arizona and California — also reported it through the USGS website’s “Did You Feel It?” feature. A man who works in Boulder City reported that his office had “shifted/swayed.”

A woman in southwest Mesquite said her husband was sitting in his reclining rocking chair, watching a movie, when the chair began to rock on its own. Betty Richer, 65, said the chair rocked for about 20 seconds after the start of the quake. The couch she was sitting on felt as if someone were moving it back and forth, she said.

Richer and her husband moved from Colorado to their home in Mesquite, near the CasaBlanca Resort golf course, about a year ago. The last experience she had with an earthquake was in the late 1990s when she felt tremors in Ridgway, Colorado, she said.

“But that was nothing like this,” Richer said. Lampshades were swaying and the home’s ceiling fans shook abnormally for about 30 seconds after the quake, she said, but the couple didn’t feel any aftershocks.

This is a developing story. Check back for updates.

"Humans will ask 'What's Wrong With Her?" Quran 99
WHAT JUST HAPPENED?

WARNING: To First Time Visitors:
Due to recent earthquakes - this page is very long
Links on our website & the U.S.G.S. Earthquake Center

For those who are re-visiting our 'Earthquake Page'
Do You Recall Earthquakes by the month or week ?
Now It's  EVERY DAY 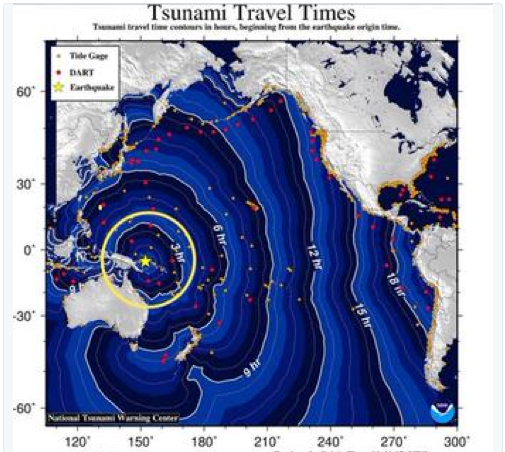 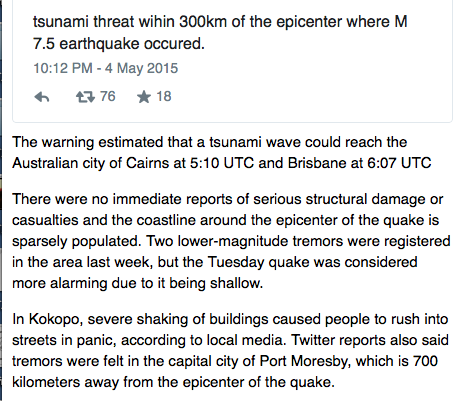 Earthquakes according to Islam --

Earthquakes are one of the great signs of Allah in this universe, with which He tests His slaves as a reminder or to instil fear of Him or as a punishment.

Mankind must remember, when the signs occur, his weakness, incapability, humble status before Allah and his need of Him, so he turns to Allah, may He be exalted and glorified, in supplication, beseeching and humility, in the hope that Allah will lift this great distress from the people.

16. Do you feel secure that He, Who is over the heaven (Allâh), will not cause the earth to sink with you, then behold it shakes (as in an earthquake)?

17. Or do you feel secure that He, Who is over the heaven (Allâh), will not send against you a violent whirlwind? Then you shall know how (terrible) has been My Warning?
[067:16-17]

42. Verily, We sent (Messengers) to many nations before you (O Muhammad). And We seized them with extreme poverty (or loss in wealth) and loss in health with calamities so that they might believe with humility.

43. When Our Torment reached them, why then did they not believe with humility? But their hearts became hardened, and Shaitân (Satan) made fair¬seeming to them that which they used to do.

44. So, when they forgot (the warning) with which they had been reminded, We opened to them the gates of every (pleasant) thing, until in the midst of their enjoyment in that which they were given, all of a sudden, We took them to punishment, and lo! They were plunged into destruction with deep regrets and sorrows.
[al-An’aam 6:42-44]

Shaykh Ibn Baaz (may Allaah have mercy on him) said:

What must be done at the time of an earthquake or other calamity, or an eclipse, strong wind or flood is to repent to Allah, may He be glorified, and to beseech Him and ask Him for well-being, and to remember Him a great deal and ask Him for forgiveness, as the Prophet (peace be upon him), said at the time of an eclipse:
“When you see that, then turn to remembrance of Allah and call upon Him and ask for His forgiveness.”

It was related from ‘Umar ibn ‘Abd al-‘Azeez (may Allaah have mercy on him) that he used to write to his emirs when earthquakes took place telling them to - "Give charity!"

One of the means of being safe and sound from all evils is for those in authority to hasten to restrain the foolish and compel them to adhere to the truth, and to implement the laws of Allaah among them, and to enjoin what is good and forbid what is evil, as Allah says (interpretation of the meaning):

“The believers, men and women, are Auliyâ’ (helpers, supporters, friends, protectors) of one another, they enjoin (on the people) Al-Ma’rûf (i.e. Islâmic Monotheism and all that Islâm orders one to do), and forbid (people) from Al-Munkar (i.e. polytheism and disbelief of all kinds, and all that Islâm has forbidden); they perform As-Salât (Iqâmat-as-Salât) and give the Zakât, and obey Allâh and His Messenger. Allâh will have His Mercy on them. Surely Allâh is All-Mighty, All-Wise.”
[al-Tawbah 9:71]

40.“Verily, Allâh will help those who help His (Cause). Truly, Allâh is All-Strong, All-Mighty.

41. Those (Muslim rulers) who, if We give them power in the land, (they) order for Iqamat-as-Salât. [i.e. to perform the five compulsory congregational Salat (prayers) (the males in mosques)], to pay the Zakât and they enjoin Al-Ma’rûf (i.e. Islâmic Monotheism and all that Islâm orders one to do), and forbid Al-Munkar (i.e. disbelief, polytheism and all that Islam has forbidden) [i.e. they make the Quran as the law of their country in all the spheres of life]. And with Allâh rests the end of (all) matters (of creatures).
[al-Hajj 22:40-41]

“And whosoever fears Allah and keeps his duty to Him, He will make a way for him to get out (from every difficulty).

3. And He will provide him from (sources) he never could imagine. And whosoever puts his trust in Allâh, then He will suffice him. Verily, Allâh will accomplish his purpose. Indeed Allâh has set a measure for all things.”
[al-Talaaq 65:2-3]

Allahu 'Alim (Allah is the All-Knower)

And in recent weeks? 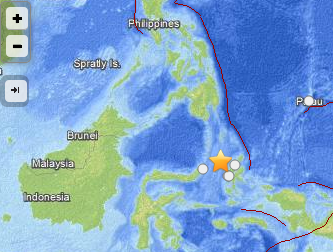 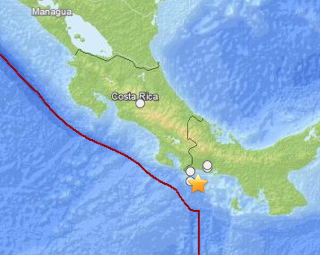 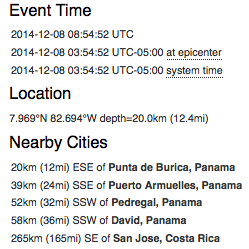 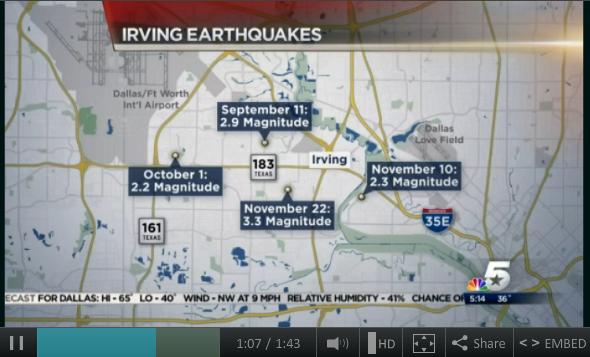 Weeks ago in Texas: 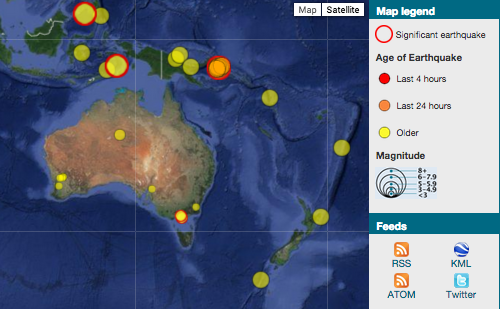 Reports say quake happened at 5:18 PM (local time) but was not felt in U.A.E. and was recorded to be a 9 KM deep quake. 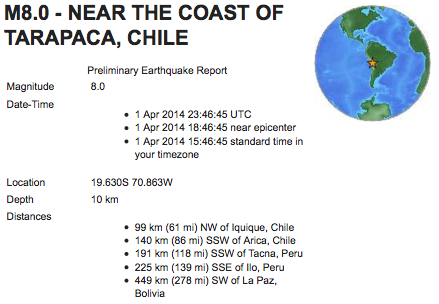 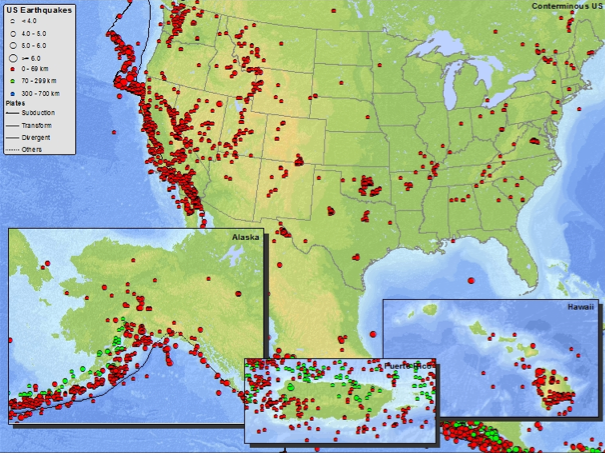 DID YOU OR ANYONE - FEEL A RECENT EARTHQUAKE?
Report Details Below
(and your comments) Bottom of Page

[watch videos below for prophecies of LAST DAYS on earth]

Predictions & Prophecies of Prophet Muhammad Are Coming True Now!
Everywhere We Look - The Proof Is There!
Share these videos - now - BEFORE IT'S TOO LATE!
* http://tubeislam.com/video/10598/Signs-of-the-Last-Days
** http://www.tubeislam.com/video/12272/Last-Days

REPORT ANY EARTHQUAKES YOU FEEL [bottom page]
Over 100+ Earthquakes In 2 DAYS - WHY?
All This Was Predicted 1,400 years ago! - HOW?
Recent discoveries prove the predictions of
prophet Muhammad, peace be upon him.
Watch EARTHQUAKE VIDEO with Yusuf Estes & Others
[click image]

Watch Here for More Earthquakes - Just in last few hours Major earthquakes: Fiji Islands, California, Alaska, South PacificÂÂ and more coming!
Russia, Indonesia, USA, Iran, South America - Pacific Ocean - Even California all the way to Alaska and now - even in the small islands ofÂÂ Hawaii
So many earthquakes of high magnitude and increasing in strength - within few hundred miles of the largest cities on earth - (details below) 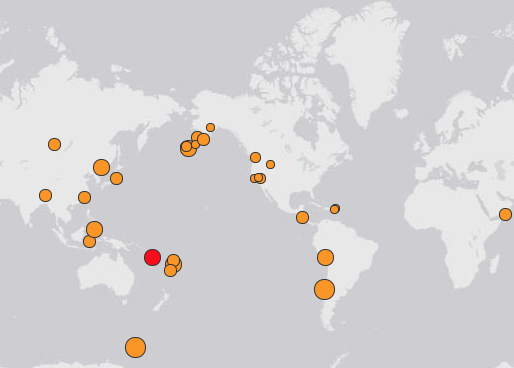 When the devastating magnitude- 9.0 Tohoku earthquake struck Japan, it was the country’s earthquake information systems that sent out an alert via TV, radio, the Internet and cell phones.NOTE: Earthquakes pose significant risk to 75 million Americans in 39 states. In 2011 and 2012 significant seismic events worldwide demonstrated the importance of understanding earthquake hazards and developing tools to help plan and prepare for earthquakes.

Question: Are we for all of this?

Did you know the prophet Muhammad, peace be upon him, predicted this?
(and a lot more to come)?
Take some time to learn about the times we are living in.
Click on the video above and see for yourself. It is happening RIGHT NOW!
What does this mean in your life (and the next life) - These predictions are more than just earthquakes.
Read . . [click here for more] 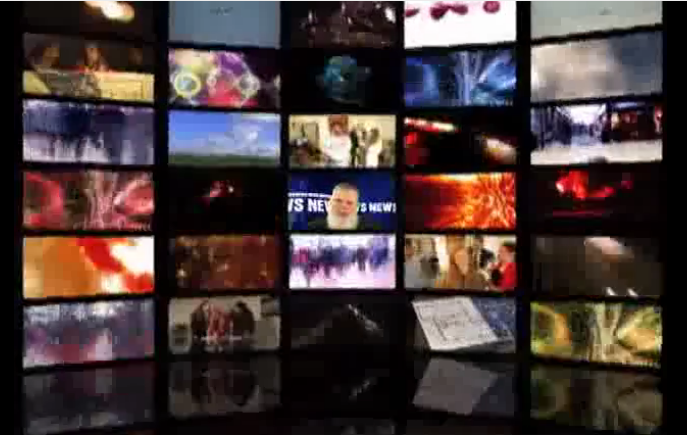 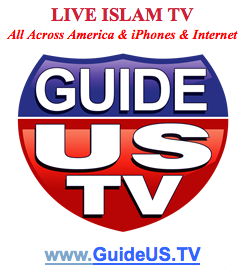 Did you FEEL an EARTHQUAKE?
Report EarthquakesÂÂ here