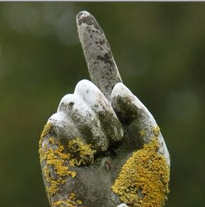 Organization works to increase awareness of Islamic experience in America

Washington — Some years ago, Amir Muhammad began researching his family’s roots without any thought that it might lead him to America’s little-known Islamic heritage. Until then, he assumed that most American Muslims arrived in the 20th century, and he was unaware of any Islamic connection in his own family prior to his personal acceptance of Islam 35 years ago.

But Muhammad discovered he does have Muslim ancestors, as do many African Americans and Native Americans, and the story of Islam in America reaches back much further than most people think.

In 1996, he established the nonprofit organization Collections & Stories of American Muslims (CSAM), of which he is president and curator.

His goal is to uncover and preserve America’s Islamic heritage and to create a greater awareness of the Islamic experience in America.

CSAM exhibitions have been displayed at universities, public libraries and community centers in the United States and abroad, including the Smithsonian Institution’s Anacostia Museum and Center for African American History and Culture, located in Washington.  Muhammad is seeking a building to house his collection.

Muhammad begins his account of America’s Islamic heritage with Moors fleeing the Spanish Inquisition. One of them was Estevanico, a Moor born in North Africa, who accompanied Spanish explorers in 1527 to what would become the Southwestern United States. 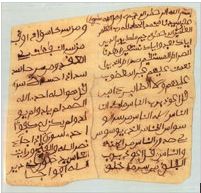 Slavery enters the story of Islam in America with the early European settlement. One of the myths Muhammad seeks to dispel is that enslaved Africans brought by the settlers had no organized religion and could not read or write.

He cites the story of Ayuba (Job) Suleiman Diallo, who was captured in 1730 in The Gambia and brought to Annapolis, Maryland, where he was sold into slavery. Diallo wrote a letter in Arabic to his father, according to Muhammad.

The letter came to the attention of James Oglethorpe, the founder of the U.S. state Georgia, who helped buy Diallo’s freedom. Oglethorpe sent him to London and then back to his homeland to work for the Royal African Company of London.

While in London, Diallo wrote down in Arabic three copies of the Quran from memory.

Sources from the 17th and 18th centuries often refer to African Americans as Muslims, or as bearing Muslim names, or as practicing the Islamic faith.

Muhammad notes that many early American Muslims had engraved on their
tombstones a hand with one finger pointing up as the Islamic symbol of God’s oneness, and their tombstones were facing toward Makkah.

(note: grave marker on left has 3 links of chain ~ reference to slavery)

In every war the United States has fought, Muslims have played a role. Two Muslims who fought with distinction in the American Revolutionary War, Peter Salem and Salem Poor, have been honored on U.S. postage stamps.

Muhammad also has found records of 292 U.S. Civil War veterans with Islamic names who fought for the Union and more than 5,200 American Muslims who served in World War I.

In 1899, Syrian immigrants in Ross, North Dakota, established what may have been the first Muslim place of worship in America. But the “first effective mosque in North America” was built by Albanian Muslims in Biddeford, Maine, in 1915, according to Muhammad.

He says that as a Muslim, he found the stories very inspiring. American Muslims from various backgrounds “kept their faith no matter how bad things were,” he said during a presentation at the State Department August 9. 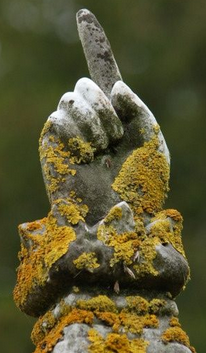 “Muslims and Islam have been a part of the American fabric for centuries,” he said. “It is part of the many threads of culture, colors, religions and lifestyles that make up the American pluralistic quilt.”

7 Centuries of History, People of Color in Pre-Islamic and Islamic History and Contributions of Muslims to the World.