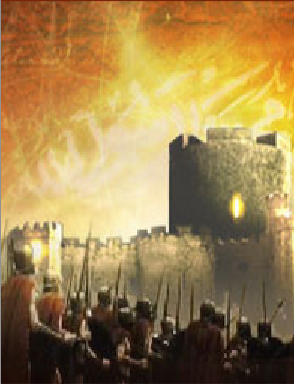 Question: The Pope ordered his followers to... "Hasten to exterminate this vial race from the lands of your eastern brethern", demands the Pope, "Jerusalem is the navel of the world - She cries out to be liberated! Christ himself, commands it!" 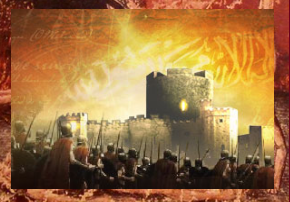 ANSWER: Thank you for writing to us and asking about our religion of Islam - the surrender and submission to God in Peace.

Actually for several hundred years there was a lovely time of peaceful co-existance between Muslims and Christians living side by side in the Holy Land, Jerusalem in Palestine. But that all came to an abrupt and horrific end with the advent of the European Crusaders invading Jerusalem and slaughtering everyone in sight.

None were spared; not the elderly, nor the children, not the crippled nor the women. Muslims, Jews and Christians alike were all attacked, raped and murdered in plain sight, by the invasion of Christian feudal lords -
All - "In the Name of Christ!"

1095 was to be the turning point of civilization and would usher in a new wave of ignorance and hatred on a scale never witnessed before. The Catholic Church was on the brink of the biggest and most fierce land grab and forced religious conversion ever recorded in histroy. Pope Urban the second, spent most of the year traveling through France emporing his feudal lords to unite in a campaign of blood shed:

THEY ATE THE DEAD BODIES OF MUSLIMS

"Hasten to exterminate this vial race from the lands of your eastern brethern" the pope demanded "Jerusalem is the navel of the world. She cries out to be liberated. Christ himself, commands it!"

There were early French writings & poems about slaughtering Muslims, chopping up their bodies and EATING THEIR BODIES! 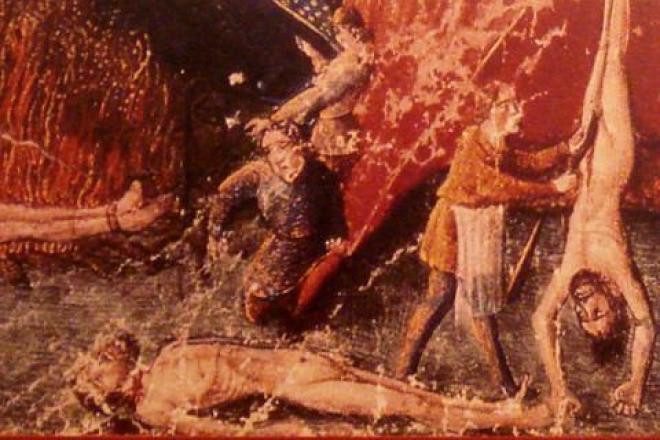 Here is one at the time of the Crusades called 'The Leaguer of Antioch' - Von Sybel gives an abbreviated translation about them eating the human flesh of Muslims they killed:
"More than ten thousand, where in heaps the Paynim lay about. They hewed the corpses limb from limb, and disembowelled clean, And there was sodden meat and roast, to blunt their hunger keen:
Right savory fare it seemed there; they smacked their lips and spake,-- Farewell to fasts: a daintier meal than this who asks to make?
'Tis sweeter far than porker's flesh, or bacon seethed in grease.
Let's make good cheer, and feast us here, till life and hunger cease.'"
-- Crimes of Christianity Chapter IX - The Crusades G W Foote & J M Wheeler