BEARD or NO BEARD? 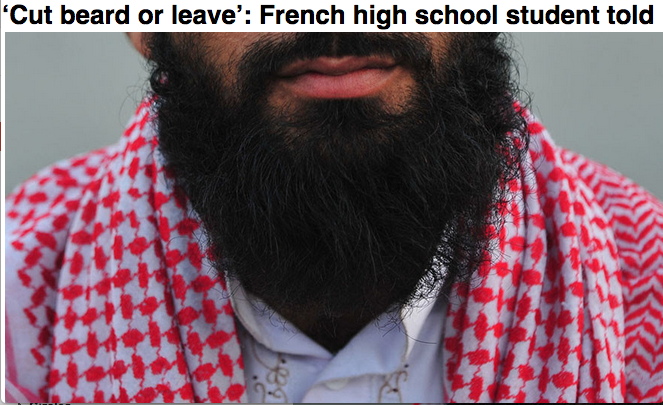 ISLAM NEWSROOM: "Beard or No Beard? - Education in the Balance" 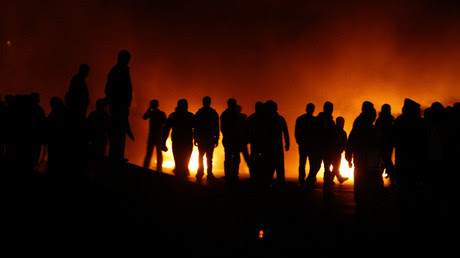 When the headmaster first asked the student to shave or shorten his facial hair, the young man, 21, explained that he had been cultivating his beard for two years for religious reasons.
“The Prophet [Muhammed] was wearing one. It is something important to me,” the student, who wanted to remain unidentified out of fear of “being stigmatized even more,” told Le Parisien, recalling his conversation with the head teacher.
He also added that the head teacher’s “threats put pressure” on him and he “ended up” writing a letter to inform him that he was leaving the school. According to Le Parisien, the student has not attended school since October 13.
“He [the headmaster] gave me a few days for reflection to see if I change my mind and shave [the beard]… but I will not!” the student told Le Parisien. The student, who is a son of an atheist and a non-practicing Muslim, also admitted that he used to miss classes to go to Friday prayers, and said that he avoided shaking hands with his schoolmates for reasons of “decency.”
He also said that he used to wear harem pants – a sort of clothing common among Muslims – but stopped wearing them at headmaster’s request, as he agreed that it could be a religious sign. However, he still defends his right to sport a beard.
“I am not the only one with a beard, both among students and teachers,” he said. In the meantime, the young man received support from his classmates. “It looks like it was the parents who complained to the headmaster. Everything is mixed up!” one girl told Le Parisien.
Read . . . 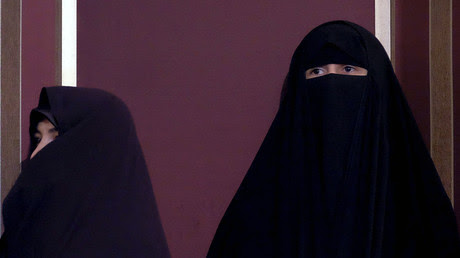 Sisters Choose Hijab over Law
The incident took place in the Parisian northern suburb of Seine-Saint-Denis, where some of the terrorists, who were involved in the Paris attacks in November 2015, were living.
The issue of openly demonstrating religious signs becomes increasingly touchy in secular France as it also becomes more politicized. In 2004, France imposed a ban on students displaying any religious signs in school, including wearing veils by Muslim women and girls. However, beards were not mentioned in that legislation.
In 2016, mayors of several French towns banned Muslim swimsuits, dubbed “burkinis,” on the basis that the clothing “overtly manifests adherence to a religion at a time when France and places of worship are the target of terrorist attacks.” The step provoked an outrage inside the country and split the nation.
The ban was eventually suspended by France’s highest administrative court. Interior Minister Bernard Cazeneuve also called the ban “unconstitutional and ineffective.”
In the meantime, it was revealed that 2,000 teens were radicalized by Islamic State (IS, former ISIS/ISIL) terrorist group in France. About a quarter of French Muslims also favor an ultra-conservative form of Islam, according to a survey published in September.