15 TIPS For Men Who Talk 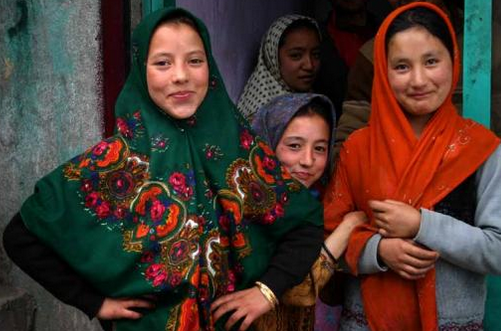 ISLAM NEWSROOM: "15 tips for Brothers Who Speak About Women in Islam"

Whether it's Muslim scholars, Imams, brothers at the Muslim Students' Association (MSA), or the average Jameel on the street, Muslim men also have to deal with the stereotypes and misperceptions about women in Islam.  Muslims are asked about women in Islam almost as much as terrorism.

Sadly, a number of brothers make the problem worse without realizing it. This is rarely, if ever, done intentionally. Here are some suggested tips for brothers when talking about the issue of women in Islam.

No matter how well-spoken, eloquent or intelligent a brother is, the bottom line is this: he is not a woman.

When a Muslim woman speaks she demolishes stereotype after stereotype for our community. I remember when some sisters attended the Democratic National Convention in Denver in 2008; people were simply lost to see how articulate they were. They could not believe that Muslim women were lawyers and managers with MBAs.  Similarly among the feedback we’ve received from listeners to RadioIslam were many who were pleasantly surprised to hear Muslim women hosting the shows so well.

No matter how much you, as a Muslim man, tell a non-Muslim woman how wonderful hijab is, it will be harder for her to accept this--because you have never worn Hijab and you are not a woman.

Make an effort to have sisters be the spokesperson to speak and to answer questions pertaining to Islam in general-- not just about women in Islam.

2. Be careful of mixing up the ideal with the reality

One non-Muslim writer once remarked how when talking to Muslims about Islam compared to the West, Muslims take the ideal of Islam and compare it to the reality of the West.

The fact of the matter is there are very ugly realities when it comes to the treatment of women in many parts of the world, including the Muslim world. For example women are not allowed to drive in Saudi cities. Muslims must also recognize the reality of domestic violence in the community, even though Islamic ideals would never condone such ugly behavior.

3. Don't sacrifice speaking out against injustice in the name of protecting Islam's "image"

"Tackle the issue and the image will take care of itself," advises Sr. Kathy Bullock. Don't fall into the tendency to ignore pressing issues for the sake of protecting Islam's reputation.

In other words, if someone brings up the issue of honor killings in Jordan, acknowledge the reality but make it clear that this is a sin and a crime in Islam and as a Muslim you condemn it. This in itself is enough. Trying to justify or make excuses for it or covering it up is not going to score image points for Islam.

A number of times, Muslims automatically start an apologetic tirade defending the status of women in Islam before a person has even said a word. Let the other person initiate questions, then answer calmly and confidently. You may be responding to an accusation that was never even in the person's mind in the first place.

Do this before launching an apologetic tirade against any accusation. For instance, a man in Spain once approached a scholar, saying he felt Islam was a man's religion. Before rebutting him, the scholar asked him why he thought this way. The man replied that whenever he looked at mosques, he saw only men.

By knowing why, you can develop your answer accordingly, and tackle the issue head-on in an honest and direct way.

6. Agree with people as much as possible

Start off agreeing with a person. It will completely turn the tables on the discussion, as many people begin discussions on women in Islam assuming Muslims are completely against the notion of women's rights.

7. If you don't know something SAY SO

If a person tells you they're from a country you've never heard of where Muslim women are treated in a horrible fashion, what can you say about it?

‘I have never heard of that, and I don't know,’ are simple enough answers. Don't start apologizing, or denying that it happens. Tell the truth.

In Islam, looking down on a fellow human being is a sin, whether the person is a male or a female. Don't think you know all there is to know about women in Islam, and don't speak in this manner either. Allah does not love arrogance, and only Allah has full knowledge of all things.

This is a problem in a number of cultures, men interrupting women and men when they speak. Not only is this rude behavior, it takes away from your message. People are less likely to listen to you if you come across as a rude and boorish individual. Don't do this to others, especially sisters.

10. Don't assume all Muslim sisters are the same

Just because your mom has never had a problem with hijab does not mean that other Muslim sisters have the same experience.

Muslim sisters are as different as brothers, as are their experiences with issues like hijab.

Muslim sisters today are not the same as those of yesterday. Many Muslims sisters know more, and they prefer more interactive lectures as opposed to the passive style normally used. If you're giving a talk, be ready to have interjections from Muslim sisters. Welcome these, don't shun them.

If you're doing a presentation on women's issues in Islam or responding to a basic question, make sure to choose your words extremely carefully. Know the exact dictionary meaning, as well as the meaning in everyday usage. Words are extremely powerful, and they leave an imprint on the hearts and minds of people. You want that imprint to be positive, so be careful.

You can speak beautifully about women in Islam on behalf of the Muslim Students' Association (MSA).  But if throughout the year, sisters have been denied access to the prayer room, or the right to participate in decision-making in the MSA, then think of how silly your talk is. Make sure your personal and organizational behavior falls in line with your words.

"Table dancers" or "cheerleaders" is how one Muslim sister described the way Muslims tend to stereotype all Western women. Let's not forget: we hate it when Muslim women are stereotyped as oppressed, so we should not be doing the same to others.

And lest we forget, a growing number of Western women are becoming our Muslim sisters, and very practicing ones at that.

You know mom, who loves you so much and makes your dinner? She's a woman. Your sister in school? She's a woman. If you're blessed to be surrounded by practicing Muslim sisters in your home, take advantage of this by seeking their views on issues: Islamophobia, domestic violence, community participation, and media stereotypes. There's nothing like hearing the truth presented from those who truly live it.