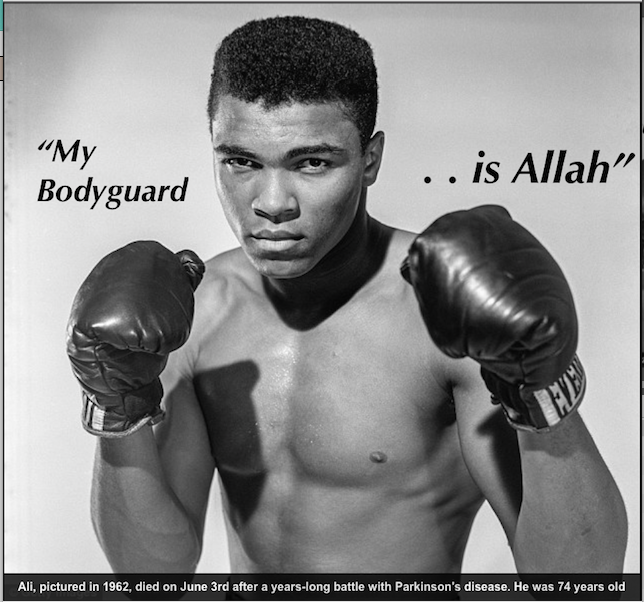 Almost everyone knows Cassius Clay, the 3 time Heavy Weight champion of the word -was also the most well known and well loved boxer in history.

BUT DID YOU KNOW? - He was also - The most well known and well loved Muslim in America.

He loved, lived & preached - TRUE ISLAM: Believe in the mind, love with the heart and work with the body - Muhammad Ali did it all. 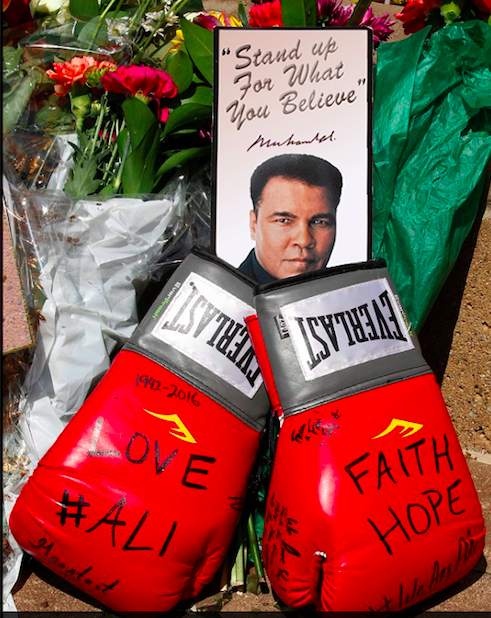 Why the term “Dawa Champ"?

"Dawah”, an Arabic word, meaning “to call” to something, best describes the life outside the ring for 3 time heavy weight champion of the world — Muhammad Ali.

Muhammad Ali started his career as an African American from Louisville, Kentucky, Cassius Clay the boxer, but he went on to become a world wide phenomena, a man among all men, as Muhammad Ali, the dawa champ.

It's been over 50 years since the civil rights demonstrations against bigotry, hatred and scorn toward the African American community in the United States.

Yet the same man who stood shoulder to shoulder with the likes of Dr. Reverend Martin Luther King, Malcolm X (A Muslim who became Al Hajj Malik Shabazz) and so many other civil rights leaders, once again stood up and spoke out - against the exact same treatment now directed to another American minority - the Muslim Americans.

LAST BOUT - "Against Islamophobia"
Muhammad Ali passed away just after his last "bout" against "IslamOphobia". He bravely stood up and spoke out against another kind of hatred and bigotry — religious profiling.

Donald Trump, a Republican candidate for 2016 presidential race, struck a nerve with Muhammad Ali as well as other Muslim Americans and non-Muslims alike, when Trump publicly declared a need to ban all Muslims from coming to the U.S. Trump even suggested profiling people on the basis of their beliefs and religious practices, clearly against the first Amendment to the Constitution that presidents are supposed to uphold and defend.

“We Muslims have to stand up to those who use Islam to advance their own personal agendas” said Muhammad Ali, taking careful aim at the hatred, bigotry and profiling being offered by Trump, without mentioning him by name.

“Our political leaders should use their positions to bring about understanding of the religion of Islam, clarifying those misguided murderers have perverted views of what Islam really is.”

“Islam is a religion of peace. It does not promote terrorism or killing people.”

“I am angry the world sees a certain group of 'Islamic followers' who caused this destruction, but they are not real Muslims. They are racist fanatics who call themselves Muslims, permitting the murder of thousands.”

And in December Muhammad Ali’s dawah (call) and reply to Trump’s bigotry remarks was, “True Muslims know the ruthless violence of 'so-called' Islamic 'jihadists' goes against the very tenants of our religion.”

— Bernie Sanders, the Democratic candidate for presidency seized the chance to speak out against Trump’s remarks, saying about Muhammad Ali that he was more than an elite athlete, he was a champion of civil rights and a true believer in Islam.

Addressing supporters of Trump, Sanders said, “Donald Trump supporters who think it is appropriate to tell us they love Muhammad Ali, but they hate Muslims, (need to) understand Muhammad Ali was a devout Muslim who took his religion very seriously.” 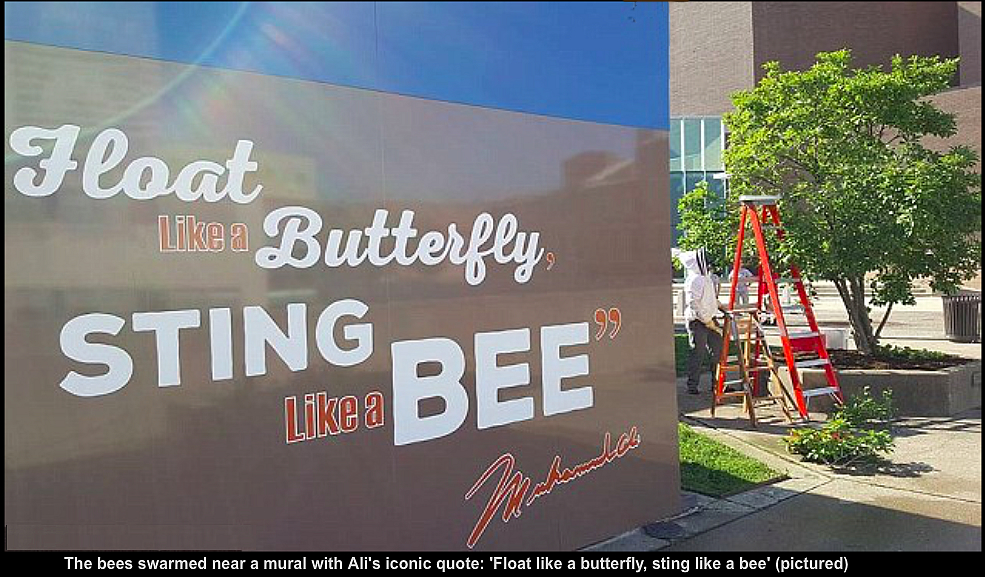 15,000 bees located themselves exactly at the memorial with the exact same quote. 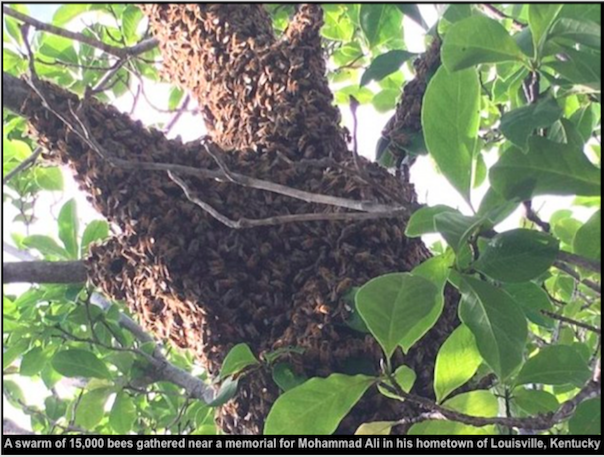 Tolerance and compassion demonstrating true Islam were featured at the interfaith service hosted at the local Islamic Center of Louisville, Kentucky in honor of Muhammad Ali on Sunday.

Christian church leaders present at the service shared sentiments expressed by Reverend Penwell, “When the candidate for the most powerful position in the world encourages us to fear those who are different from us, we need the voice, we need the presence of Muhammad Ali”.

All around the world Muslims and non-Muslims alike mourned our loss of more than a great world champion boxer, this was a loss of a great champion human being who put all prejudices aside and stood out for — Truth, liberty and justice — the True American way for ALL AMERICANS.

Allah Bless you and have His Mercy on you Champ! We miss you, but we Muslims are committed to carry on the same values of patience, tolerance and dedication you demonstrated as our “Dawa Champ”. 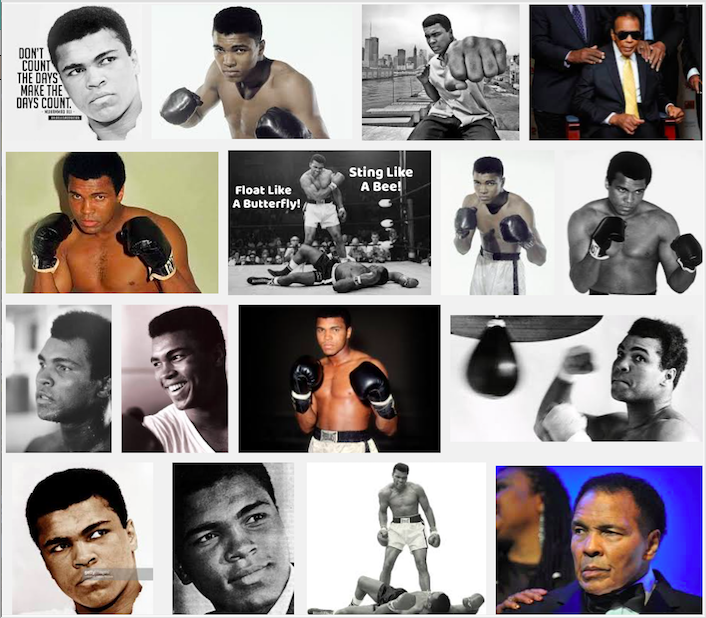 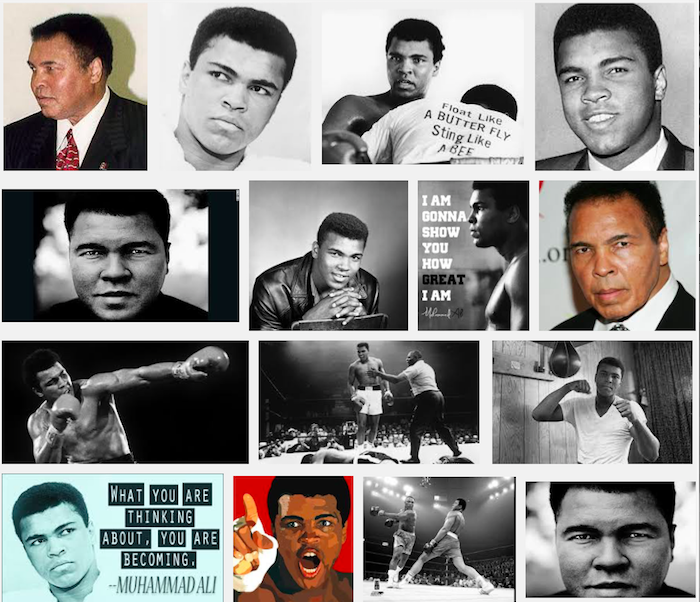