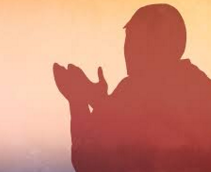 #10 Azhar sany 2016-11-22 09:43
Assalamualaikum..Richard,
welcome to Islam brother, from indonesia moslem.
EDITOR: Yes! Congratulations and welcome to the world's fastest growing religion. Mabruk (blessings)
#9 Fatima 2016-11-17 19:42
I'm glad for you Muslim Brother and welcome, we're all brothers and sisters and you don't need to apologize this is also your religion