Forgot to Reset His Watch 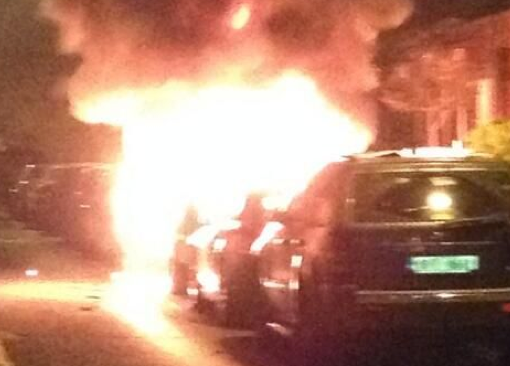 Dublin Torched Himself Sunday Night - Trying to put a bomb under a SUV, in England.

April Fool's Day Joke? - Not Hardly . . This appears to be a lefitimate report, complete with images.

This bomber got the blast right in his face - Likely forgot to reset his watch for the Daylight Savings Time.

The bomb blew up TOO SOON.

“It was a very extensive explosion and it was a very frightening experience for the people on Long Lane,” said spokesman Dave Taylor with the Garda Press Office for the Irish Police. “The consequences could have been very, very serious.”

An anonymous source tells The Mirror “It would appear that the bomber got his timings wrong. It could be a case where he didn’t put his watch forward on Sunday [at 1am] and the timer went off too soon.”

UK jumped forward an hour into Daylight Savings on March 31, later than the U.S.

Or maybe NOT - Using Occam’s Razor, the source still thinks the most likely explanation is - This bomber was clumsy and just shook the bomb the wrong way.

Likely he just “didn’t realize just how powerful the explosives would be,” said the source.

Initial police investigation leans against this being a terrorist plot and more likely gang-related.

The bomber was seen fleeing the scene “dripping in blood” on Sunday after the explosion and has yet to be apprehended.

Police have asked anyone with information to come forward and tell what they saw (and they promise not to laugh).

Here’s a photo of the aftermath: 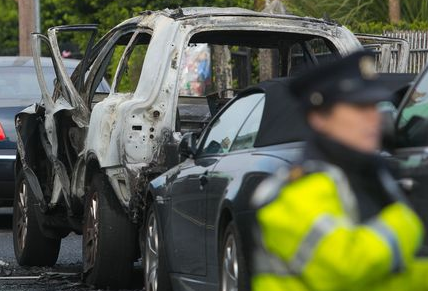 I would like to ask that you please correct this story. I live in Dublin, Ireland; and this event happened in Dublin. We are not occupied by the UK, except for Northern Ireland. Dublin is part of the Republic of Ireland. Jazaakum Allahu khan.
Refresh comments list
RSS feed for comments to this post