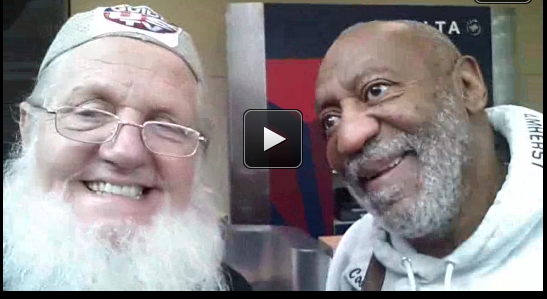 Last March (one year ago) Yusuf Estes met up with famous actor and children's hero, Bill Cosby while on layover in L.A. and began his first lesson in understanding Muslims and the Islamic greeting.

They discussed Islamic greetings briefly on camera, after they had traveled hundreds of miles in the same plane only one seat apart. Then made a quick video as Cosby got his first exposure to the Muslim greetings and Arabic language of Islam, from Sheikh Estes.

Estes has long traveled around the world sharing the peaceful message of Islam in the English language with people of all walks of life.

Here's what Estes said about the video (below):

"I wanted our viewers to see how to give the message of Islam to folks so I turned on the camera and then asked Bill Cosby, 'Do you know what SALAM ALAYKUM means'?

And then the fun began - I felt like I was back in the old show biz days - He really is a wonderful comedian, clowning it up - LOL

So, with the camera going, I say it all again - 'SALAM ALAYKUM!'
Then true to his nature, and with a straight face - he just says, 'YES'

LOL! What a character. I could see no matter what I said, he could make it funny - AND HE DID.

May Allah Guide him, ameen.

So exactly what does Yusuf Estes talk about with these people? What does he say? How does he get started? Find out.. 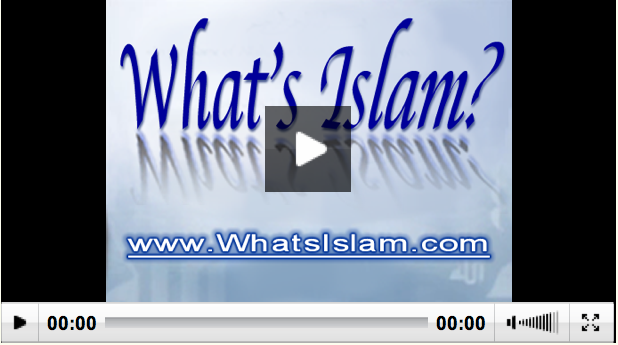 His journeys have taken him many continents, nations and countries to expose the truth about peace and love in real Islam.

He enjoys meeting and sharing with people from all parts of the world, different cultures and various religions. His easy style and funny way of explaining things make it easy to listen and understand a very different and lovely way to look at what he tells us is being called "The World's Most MIS-UNDERSTOOD Religion".

Estes tells people, "Far from being about terrorism, high jacking, bombs and kidnapping - Islam means being at peace with our Creator (God) no matter what happens to us."

Bill Cosby's first chance to know anything about Islam and Muslims brought about a humuorus attempt and pronoucning words.

Leave it to Yusuf Estes to get everyone laughing...