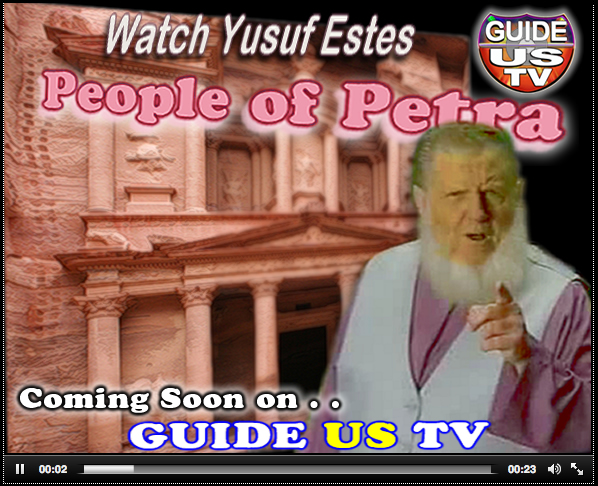 There's a new series for Yusuf Estes and Guide US TV in the making for Muslims and non-Muslims alike - That's right. More stories of prophets, ancient manuscripts and hidden treasures - all being filmed right now in Jordan at Jaresh Roman Ruins.

Where is this? And what is the significance?

Remember "Stories of the Prophets" with Yusuf Estes and Friends on Peace TV? 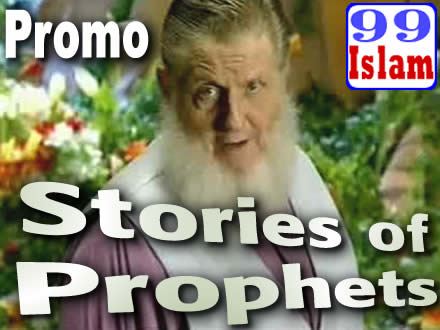 The most popular series for Islam in the English language. Children (and adults) around the world have enjoyed and shared these stories and videos with Muslims and non-Muslims everywhere.

Yesterday, we saw the actual grave site of Kidr the famous religious man who gave instructions to Moses, peace be upon him.

Today (Thursday) we are on the way to the place of baptism from the time of John the Baptist!

We also visited the castle of Salahudeen al Ayyubi on the border of Lebanon, Syria and Palestine.

Comments and requests for more have been coming in regular ever since the first time the series ran in 2008. 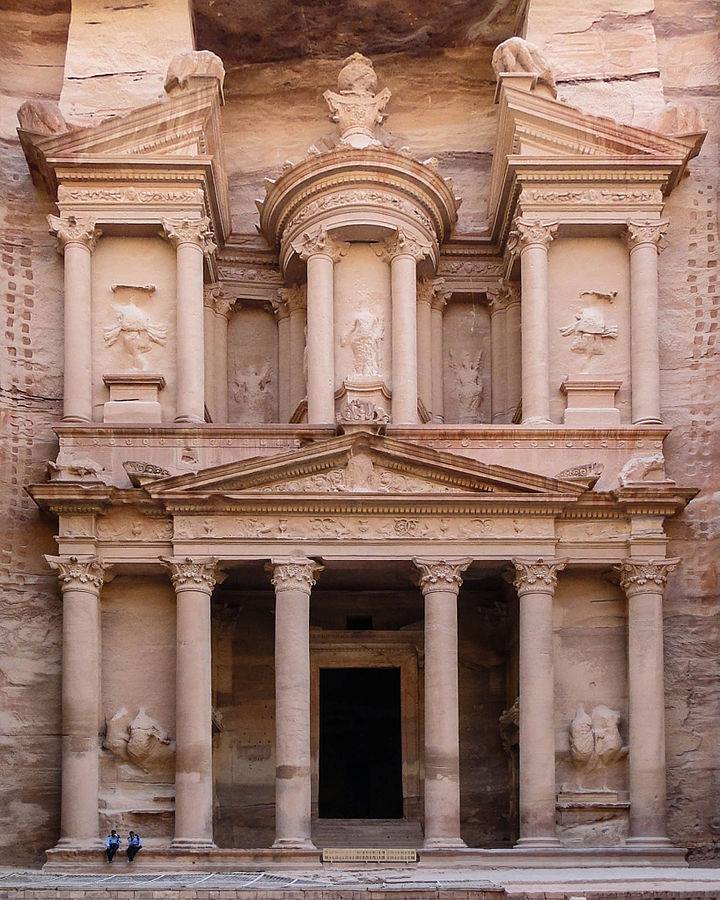 Al Khazneh - 3 Days Ago! he Treasury (Al Khazneh) is in Indiana Jones movie - LAST CRUSADE! It also appeared in many other Hollywood movies, gaining particular fame after being featured in climactic scenes in the 1989 Indiana Jones movie "Last Cursade", starring Harrison Ford and Sean Connery.

In the movie it was represented as the entrance to the final resting place of the Holy Grail near Hatay. But of course, this was only in the movie

The Treasury" redirects here, for other uses see The Treasury (disambiguation)  The first glimpse of Petra's Treasury (Al Khazneh) upon exiting the Siq.
Al Khazneh Detail of the facade  Al Khazneh ("The Treasury"; Arabic: الخزنة‎) is one of the most elaborate temples in the ancient Jordanian city of Petra.
As with most of the other buildings in this ancient town, including the Monastery (Arabic: Ad Deir), this structure was carved out of a sandstone rock face.
It has classical Greek-influenced architecture, and is a popular tourist attraction.

Al Khazneh was originally built as a mausoleum and crypt at the beginning of the 1st Century AD during the reign of Aretas IV Philopatris.

Its Arabic name Treasury derives from one legend that bandits or pirates hid their loot in a stone urn high on the second level. Significant damage from bullets can be seen on the urn. 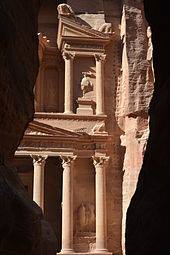 Local lore attributes this to Bedouins, who are said to have shot at the urn in hopes of breaking it open and spilling out the "treasure"—but the decorative urn is in fact solid sandstone). Another legend is that it functioned as a treasury of the Egyptian Pharaoh at the time of Moses (Khaznet Far'oun).

Many of the building's architectural details have eroded away during the two thousand years since it was carved and sculpted from the cliff.

The sculptures are thought to be those of various mythological figures associated with the afterlife. On top are figures of four eagles that would carry away the souls. The figures on the upper level are dancing Amazons with double-axes.

The entrance is flanked by statues of the twins Castor and Pollux who according to myths, lived partly on Olympus and partly in the underworld.

Support our new series of programs to attrack youth and others to learn about the people before us, and amazing and wonderful teachings of true Islam in ancient times and how we benefit from all this in today's world.
Help us complete this series - Please Donate Now

#1 MUHAMMAD 2014-01-17 07:00
what date you will be visiting Jordan Shaikh?
Refresh comments list
RSS feed for comments to this post