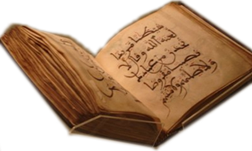 Question: What is the Quran and how can we understand and explain revelation of the Quran?

Answer: Thank you for asking about Islam and the Quran.

All seekers of truth are invited to offer their questions about Islam, the world's fastest growing religion, and all that it teaches.

We have observed in your line of reasoning within your question, a number of misconceptions and mistakes. Therefore, we would like to start with clarification of the following TEN POINTS:

1st - and foremost, as mentioned in another answer, the prophet, peace be upon him, did not read or write. Therefore, it was be impossible for him to physically write down the Quran. The meaning of the word 'Quran' actually has the meaning of "recitation" or something "recited". Therefore, it doesn't make sense to say, "Who WROTE it?" It might be better to say, "Who recited it?"

2nd - The companions wrote out their recitings on animal skins, bones of animals and large stones and even on wide palm leaves. These were wriiten down by companions who had memorized the Quran from the recitation they had heard rectied to them. This was called "mushaf" (meaning - written scriptures and is pronounced moos-haf), and was recorded and written down during the prophet's life.

3rd - The prophet Muhammad, peace be upon him, did ask about a dozen or so of those who memorized Quran from him, to record it. And as mentioned earlier, they did as instructed, writing on various mediums, including animal skins (leather), large rocks, bark and palm leaves.

He then rehearsed it with them over and over - even up until the time of him passing away.

4th - Three of the actual Qurans printed in the time of the earliest companions of Muhammad, peace be upon him, exist today and these are exactly as we recite from Quran today. One is in Tashkent, Uzbekistan museum, another in a museum in England and the last one in the Topkopi Museum in Istanbul, Turkey.

5th - We are happy to tell you, the Quran was written down as well as being recorded in the hearts and minds of thousands of men and women while the prophet, was still alive. These companions and the following generations hear, recite, memorize and write down the Quran in much the same manner as those who had come before them over the many centuries. This in itself, is an amazing accomplishment.

6th - Honesty and integrity in narration of Quran is perserved along with the accuracy of the recitation of Quran in their hearts. Every one of them was very well known. The honesty and integrity of each and every single one of these people (called companions of the prophet) has been attested to by many authentic narrations and writings. All of them were known for their excellent memorization and they recited and passed on the Quran exactly the same as each other.

7th - There is no other book on earth like the Quran. Its style and prose in the Arabic language is unmatched for 14 centuries. The prophecies, predictions, scientific evidences, ease of memorization and ability to comprehend is beyond compare. No other book on earth has ever had such an amazing history.

8th - You can safely put your mind to rest on this subject of preservation of the Holy Quran, because of its presence with us even today, throughout the entire world.

Today every single living Muslim (over 1 billion) has memorized some portion of the Quran in the original Arabic language that it came in, just as the people memorized it over 1,400 years ago. And amazingly enough, over 9 million men, women and children have the entire Quran in their hearts and can recite it for you from cover to cover.

9th - Allah Himself, has promised to preserve the Quran until the Last Days. And He has.

It is the only book on earth that - if you destroyed every book on earth - we would be able to bring it back, exactly as it was, every single letter from cover to cover (by the permission of Allah)

So, these are facts about the Quran and how it was and is, preserved just as Allah has said, in the Quran - That He will preserve it and make it easy to memorize.

10th - You can prove it for yourself, if you doubt.

You are most welcome to review the facts and consider for yourself.

* "This is the Book (Qur'an) wherein there is no doubt" *"Have not the unbelievers considered that if it were from other than Allah, it would contain many contradictions?" * "Allah shall show them the Signs within themselves and on the farthest horizons." * "If you are in doubt about it, bring a book like it."