You Are A Muslim? 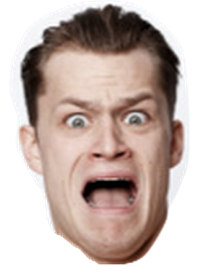 Or Is Her Heart Just Cleansed?

"We Are Not 'Brain Washed' say American Women Converts to Islam. 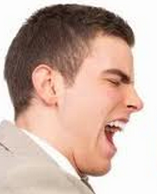 "How could you go to Islam?" screams a father to his grown daughter, somewhere in the southern California.
"Honey, you been brain-washed", he says forcefully. 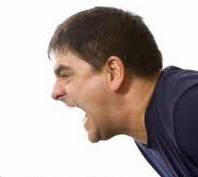 And just outside of Washington, D.C. in Northern Virginia, Emma's father is shouting at her -

"These people are terrorists & hijackers
What are you thinking?
"Are you CRAZY?"

And then there is sister Lindsey, of Charlotte, N.C.,  tells us wearing hijab (covering up) in public nearly always gets remarks from folks in the community who just assume she gave up being American just to please her husband. 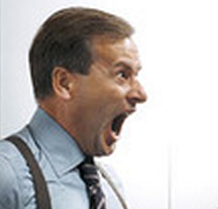 “'You converted to ISLAM?" "You did it  just to marry him,' says another father to his daughter.

We hear this all the time,” say sisters who found the peace of Islam.

Fact is, she and her husband Wathek, who was born Christian in Syria, both converted to Islam at the very same time.

"Your husband is allowed to beat you.." and, "You're not permitted to get a divorce.." along with, "And you'll just be part of a harem of concubines as a sex object".

These are common misconceptions being directed at the rapidly growing faith of Islam in America. "Such notions are simply not true", say many Muslim women in America, especially those who choose Islam as their new faith.

Let's hear from a few ladies who have experienced the prejudices and abusive attitudes from their families and friends, only because they chose to worship One God, Alone and without any partners.

Sister Lindsey grew up in Florida as a Christian. After entering Islam she said all this, "..offended me a lot. But, now a sense of my new self has grown and I don't feel so offended". Get more stories on www.convertsreverts.com

She says a woman shouted from a passing car, "Go back to your own country" - "What country? I'm American!"

“Nobody forced me to do all this.." she says a recent convert to Islam after visiting West Africa on a college trip to study other cultures. "This is what I choose and I am happy with it."

“The concept of Islam hit me,” sister Lindsey recalls, “It was just something that entered my heart.”

Can we conclude from this, at least according to what the ladies themselves are saying, they were not "Brain Washed", but rather they had their "Hearts Purified"?

Statements coming from relatives, friends, co-workers and collegues tell the story of the huge impact the media has on the public regarding their opinion of Islam and the Muslims.

Here are just a few of the negative and misdirected comments coming from the general public when hearing about women who chose to leave Christianity for Islam.

"She must have been brain-washed" or "She's got to be under some man's control" - These and other similar statements are offered by friends and family who can't seem to come to grips with the fact anyone, much less a young woman, would ever voluntarily chose a religion accused of violence, mayhem and oppression, mostly toward women.

"I just can't believe she would go off and do something like this on her own. She had to be influenced. That is all there is to it". Yet another comment often surfacing when aquaintances learn about someone they know becoming a Muslim.

"She was so sweet and nice, but then I'm sure some guy brain-washed her", another typical misconception offered by those who personally know about a sister's conversion, "She was too innocent, too naive" and "Someday she'll wake up and come back to her senses".

The recent attack on American soil during the Boston marathon renews these suspicions and accusations toward the many women becoming Muslims around our country.

One sister in Maryland chose Islam as her way of life when she was 23. She says, "The minute you put on the hijab (head covering), the people think you forfeited your free will".

Sister Rebecca, a 28 year old convert in West Hartford, Connecticut, who teaches children with special education needs, came to Islam just a few years back and is also secretary . When the little children, age 5 to 8, ask about her hijab covering she tells them, "It's important to me and reminds me to be a good person."

Being 'Brain-Washed' or 'Forced conversions' are misconceptions the convert sisters who chose this fatih, must deal with on a regular daily basis. Now consider a few facts gathered by a number of our brothers who do dawah (call to real Islam) across America and all around the world. They tell us Islam is the second largest religion in the world, and according to some statistics, quite possibly the fastest growing religion, in spite of the number of people who have left religion altogether.

Converts to Islam make up less than 1 percent of the U.S. population, according to statistics on Religion and Public Life. By 2011, about 2 million U.S. adults converted to the faith, researchers say.

About 45% were men and 55% were women. About 1 in 5 converts mentioned family factors, including learning about Islam from their husbands, as the way they came to accept Islam.

Accusations are 'harsh'
Women convert for many different reasons -- spiritual, intellectual and romantic --" says Yvonne Haddad, a professor of the history of Islam and Christian-Muslim relations at Georgetown University.

“Islam is attractive to women that the feminist movement left behind,” says Haddad, who co-authored a 2006 book, “Muslim Women in America: The Challenge of Islamic Identity Today.”

Like all stereotypes, such views are steeped in fear, says Haddad.

“Accusations of brainwashing are harsh,” she says. “They cover up the fact, they don't understand why people like ‘us’ want to change and be like ‘them.’”

Most of the women accepting Islam, tell us they do so after much thought and spiritual searching.

She grew up in an agnostic family where she was encouraged to discover her own faith. Islam 'entered my heart'
Schreiber, who works in community outreach and events as coordinator for CAIR (Council on American-Islamic Relations), says she was drawn to the religion after meeting other Muslims on her trip abroad before graduating from St. Mary's College of Maryland in 2009.

Faraj, a stay-at-home mom, says she never saw herself "as a religious person, in the least," but became enthralled after trying to learn more about Islam before a visit to see her husband's family. "It was, whatever you decide to do -- temple, church, mosque -- I support you finding yourself," says Schreiber.
Now she's married to a Muslim, whose parents were both converts to Islam. And she came to Islam even beofre they married.

Sister Minor, who is single, says she was intrigued by Islam in college, when she was close friends with a deployed American Marine but had Muslim friends at school.

"I saw a huge discrepancy in the negative things I heard coming from my (friend) and the actions I could see in my co-workers," she recalls. After spending 18 months learning about Islam, she decided to convert.

"The response from family and friends has been overwhelmingly supportive", she says and "The more you can do to educate people about Islam, not by preaching, but by actions, the better".

Reports that one sister who was married to the accused Boston bomber may have been embroiled in an abusive relationship, or that her husband intimidated her are not indictments against of Islam, Haddad says. "Abusive men come in all colors, nationalities, ethnicities and from all religions," she says. "No one says that Christianity teaches abuse of women because some Christian men are abusive."

She says, "I appreciate it when people actually ask me questions, instead of making assumptions."

“I just want people to know we are American Muslim women who wear hijab by choice because we believe in it and it feels right to us, not because anyone tells us to.”

-- Now it is time to hear from you - our readers on Islam Newsroom.