THE HAGUE — The Netherlands - Paris, France - Amsterdam, Holland - Recent articles (below) indicate France and Netherlands efforts to make it illegal for a woman to cover herself entirely while in public.

Paris, France and Amsterdam, Holland - A woman can shows off her body almost totally nude in these very same countries, and what happens? These men just love it. She's "liberated"!

The more she shows of her body, her shape, her face, her hair or any part of her beauty (even naked) - NO PROBLEM! WELCOME!

But if she would like to be modest, or shy or might have any reason for covering herself - FORBIDDEN & PROHIBITED IN THESE COUNTRIES!??

Why?
One Very Good Question

Another question - What about the habit of Catholic nuns? Or any other religiously mandated covering?

Some of the Catholic Nuns Orders demand they be covered up, and even a few order the nuns to cover their faces, or at least they used to have some who had this type of covering.

So, what about other religious teachings for Hindus, Bhuddists, Jews?
What if they would like to observe a more secure attitude and cover their faces, part of their faces or their ankles?

Who will decide what is OK to cover? (Why don't they worry about what is OK to show off in public?)
Which brings us to the next question - "What will be acceptable 'covering' for the Muslims?"

Take a close look at the images (below) and see what you think might be acceptable to the Non-Muslim men who make the laws for Muslim women in the Netherlands.

And now here is one of the many articles reporting the difficult situation for our sisters in Holland and Belgium (the Netherlands).

Please pray for them...

THE HAGUE — The Netherlands will ban the burqa and halve immigration under measures agreed in a pact to form a minority coalition government, anti-Islam MP Geert Wilders announced Thursday.

"A new wind will blow in The Netherlands," declared Wilders whose party is part of the deal, standing alongside the leaders of the pro-business VVD party and the Christian Democratic Appeal (CDA) that will form the minority government.

"There will... be a burqa ban," said the controversial politician, who is to go on trial in Amsterdam next Monday for inciting hatred against Muslims, adding that there would also be 50 percent reduction in immigration.

"We want the Islamisation to be stopped," he said, speaking in The Hague as measures in the agreement were announced.

Wilders -- who campaigns for a ban on Muslim immigration and wants to end the building of new mosques and tax Muslim head scarves -- had a say in the plan's immigration policies in return for supporting its austerity measures.

The "Freedom and responsibility" plan seeks to cut government spending by 18 billion euros (24 billion dollars) by 2015.

It proposes cutting The Netherlands' contribution to the European Union by one billion euros and shaving a billion euros off development cooperation and 1.2 billion off health care costs.

The longest chapter of the accord -- seven of its 46 pages -- is devoted to immigration.

"A reduction of immigration is in order and urgent given the societal problems," stated the document.

"The immigration policy ... is aimed at limiting and reducing the arrival of migrants with few prospects."

It proposes stricter conditions for granting asylum and making it harder for the partners and children of immigrant workers to move to The Netherlands. It also wants integration examinations to become harder. 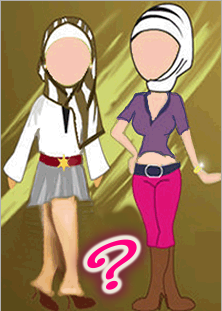 CDA party members, deeply divided over cooperation with Wilders, have yet to approve the new accord which will be debated at a party congress on Saturday.

If they do, the CDA's 21 MPs must put their final stamp on the deal before Queen Beatrix can give presumed prime minister-in-waiting Mark Rutte, the VVD leader, the go-ahead to form his cabinet.

The VVD, or People's Party for Freedom and Democracy, narrowly won the June 9 elections with 31 out of 150 parliamentary seats but needs partners to form a government.

Wilders' Party for Freedom (PVV) will remain outside the envisaged VVD-CDA cabinet but will provide the minority government with the majority it needs to pass decisions through parliament in return for a voice in policy formation.

The three parties started negotiations soon after the polls to reach a balance between Wilders' socialist economic policies and strict budget cuts promised by the VVD and CDA.

"I am convinced that it is an agreement that every Christian Democrat will be able to identify with," he said. 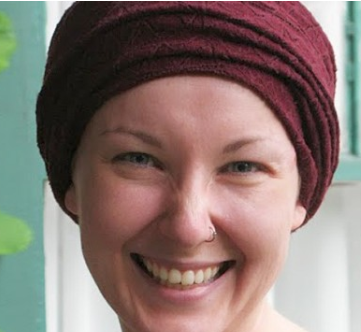 Rutte said his government planned on carrying out "important reforms."

"We want to give the country back to the working Dutch citizen," he said.

The banning of the burqa is controversial in Europe, where the French parliament this month passed a law prohibiting the wearing of a full-face veil in public.

The exact number of women wearing the head-to-toe covering burqa in The Netherlands is not known. However, it is believed to be around several dozen.

Muslims make up an estimated about 900,000 of the 16.5 million Dutch population.