Over 150K Private Military For Profit 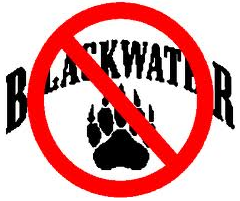 
Recent reports indicate over 160,000 private militia are situated throughout Afghanistan. While there are some essential hired gunmen in place to protect visiting VIPs and dignitaries, the vast majority are roaming throughout many areas of Afghanistan, where they are frankly - "Not Welcome".

Both the Department of Defense and the Department of Security are talking in circles hoping to make the impression they are "going to do something soon". While commentators freely admit - "It ain't happening".

Local tribesman in remote areas resent the attitudes and behavior of these mercenaries for money or as they say, "private bucks".

The decree involves international and national private security companies and the security employees of those companies are able to join the Afghan national police with their weapons.

"In order to protect Afghan life and property, avoid corruption, security irregularities and the misuse of military weapons, ammunition and uniforms by the private security companies which have caused tragic incidents, and after the required assessment, I approve shutting down all private security companies within four months, including both domestic and foreign," the decree said. 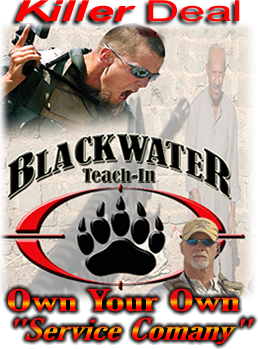 The decree said that ammunition belonging to private security companies but registered with the Ministry of the Interior should be transferred to Afghanistan's government.

"According to signed contracts between these security companies and the Ministry of the Interior, the Ministry of Defense, and the National Directorate of Security, these agencies can buy these munitions from these companies with their compliance and consent. In addition, the Afghan visas for their international staff shall be terminated."

The move spotlights the issue of the role and conduct of U.S. security contractors, who protect embassies and companies, perform training, and help convoys move through dangerous areas. Violent incidents involving such
contractors have enraged Afghans.

U.S. State Department spokesman P.J. Crowley told reporters on Monday that U.S. officials will study the decree, which was expected to be issued.

"We will study his decree, understand the details better, work with the Afghan government. At the present time, the Afghan government itself relies on private contractors as well for some of its security requirements. So we
understand and agree with President Karzai that security should become a responsibility of Afghanistan under its leadership. He mentioned this in his inaugural address. He mentioned it again during the London and Kabul
conferences. And we'll work through the issue with the government of Afghanistan."

"Binding rules and guidelines for employment by private security companies are needed," he said.

Blotz said the force has been aware of problems in the private security business "for years" and that coordination is needed among the force, the

Afghan government and the international community. He said the NATO-led force had started looking into the issue last year and had some recommendations, including the need for all companies to be registered and put under government oversight and legal control. He also said there is a problem with companies that sub-contract their work out.

The decree comes after an incident in July, when a vehicle carrying contractors from DynCorp International were involved in an accident that left Afghan casualties.

And on Tuesday morning, two security contractors, charged with fatally shooting two Afghan men after a traffic incident, will be arraigned in a Virginia courtroom Tuesday morning. 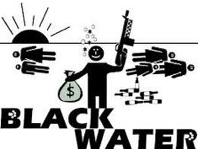 Christopher Drotleff and Justin Cannon worked as security contractors for a subsidiary of Xe, the military contracting firm formerly known as Blackwater Worldwide. They are each charged with two counts of second-degree murder and one count of attempted murder in connection with a May 2009 shooting in Kabul, Afghanistan.

Both men were in Afghanistan working for the security company Paravant - a subsidiary of Xe - to help the U.S. Army train Afghan troops.

Drotleff, Cannon and two other contractors, Steven McClain and Armando Hamid, were driving their interpreters on a busy Kabul street called Jalalabad Road on May 5, 2009, when they said a car slammed into one of their two cars. The contractors said they fired at the oncoming vehicle in self-defense.

A similar issue arose in Iraq after a September 2007 confrontation involving then-Blackwater contractors that left 17 Iraqi civilians dead. Blackwater lost its contract there after Iraq's government refused to renew its operating license. The company then changed its name to Xe, and it continues to receive multimillion-dollar contracts in Afghanistan.