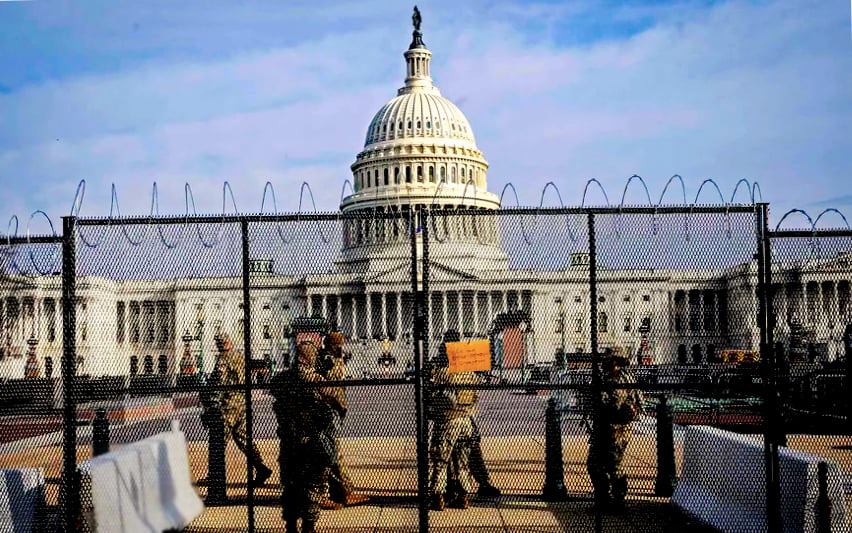 Police in U.S. Capitol arrest man with loaded gun, over 500 rounds of ammunition and “false I.D.”
Officers at Security checkpoint in Washington, D.C. verified “False I.D.” [unauthorized, but not ‘fake’) of a man attempting to enter the secured area with his weapon and hundreds of bullets.

Truck search revealed illegal weapon and over 500 extra shells.
Truck search revealed illegal firearm and over 500 shells.
Wesley Beeler of Front Royal, Virginia tried to enter a restricted area, not cleared for his badge. A federal official made it clear the I.D. was not actually fake, but it was not authorized for that area.
Officials in D.C. set up a “green zone” as a military fortifcation for the Capitol to be ready for Inauguration Day, Wednesday. Preparations are in place to secure the entire area to lessen possibility of anarchists, Trump supporters and other extremists attacking or rioting anywhere near the “green zone.
Thousands of the National Guard have already arrived in the nations capitol and tens of thousands more are due to arrive within hours.
Beeler got his truck 2600 feet of Capitol, tried using “unauthorized I.D.” to get past the officers.
Beeler drove his truck to less than 2600 feet of Capitol, tried using “unauthorized I.D.” to get past the officers.
A search of his vehicle turned up gun related bumper stickers, a Glock pistol, with over 500 rounds and over twenty shotgun shells, say police.
Federal agencies and law enforcement officials are on high alert, concerned by growing chatter of extremists and racists groups, threatening to demonstrate further in protest to President-elect Joseph Biden’s win over Trump.
A strong metal fence is now in place around Capitol grounds to prepare for swearing-in ceremony of Joseph Biden as president.
President-elect Biden wants to continue as planned for the inauguration to be held outside, due to Covid-19. While others insist on taking the ceremony inside to make easier the job for police and security and for safety of everyone.
ISLAM NEWSROOM
News We Need - When We Need it!