- "Taken as a whole, the pattern of findings indicates that human infants systematically show altruistic (unselfish, caring, serving) food transfer behavior with readily edible, high-value food even when there is motivation to take desirous food for themselves (experiments mentioned).

. . . not been documented in chimpanzees . . The human readiness to actively engage in the observed behaviors raises issues about the possible functional significance of altruistic (unselfish, caring, serving) food transfer in human evolutionary history. By giving away food to strangers, individuals may promote dyadic affiliation and group cohesion . .

. . . certain childrearing practices and values (e.g., a family environment that emphasizes the connectedness and commitment between self and others) convey the expectation to infants that people tend to help others and may engender in children a generalized feeling of interpersonal obligation towards other humans in need.
In this way, early social experiences in family settings can be understood as contributing to a psychological system that fuels the expression of humans’ altruistic potential. 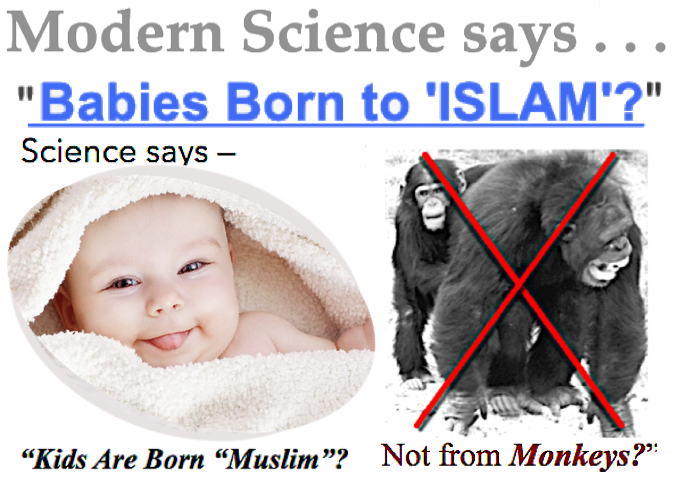 “Every child is born on the ‘fitrah’(natural inclination of belief in One God). But their parents will raise them as a Jew, Christian or fire worshipper” — Prophet Muhammad, peace be upon him. [Bukhari & Muslim]

He also said, “God has said, ‘I created My servants on the correct ‘Way to God’ (deen in Arabic). But the devils make them loose their way.’” — [Muslim]

‘Fitrah’ is the natural inclination to have the best relationship with God and this includes faith, hope, charity and peace with all people and all His creation.

Acts of ‘fitrah’ are specific features God has installed in mankind, found in his natural tendency to ‘like’ and ‘dislike’ these features.

The great Islamic scholar al-Soyuti said: "The best explanation of fitrah is that it is the Sunnah (way) of all of the Prophets which is in agreement with (all of) the revealed Laws, indicating that it is a response to naturally created inclinations”.

Here, God Almighty identifies the ‘fitrah’ along with ‘hanifa’ (Pure Way of monotheism) the Way of Abraham, peace be unto him. Abraham’s Way and the Way of all prophets, peace be unto them all, is the true ‘fitrah’ — The One they worshipped, the Way they worshipped, the reason and dedication for their worship, as set forth by God Almighty, Himself.

Always without any false gods, no intercessors, no intermediaries, no saviors, no Gods - Beside GOD Almighty.

God Almighty says, “And whoever forsakes the ‘Way of God’ (‘deen’ in Arabic) of Abraham, except the one who fools himself? Certainly, I chose him the world and certainly, in the Hereafter. He is among the righteous.” [Quran 2:130]2

And God Almighty says, “Who ever desires a ‘Way to worship’ (deen) other than the ‘Way’ I have ordered, it will never be accepted of them and in the Hereafter they will be among the big losers (in Hell).” — [Quran 3:85)3

Prophet Muhammad, peace be upon him, said, “Whoever leaves my ‘Way of worship’ (deen) is not of me.”

Let’s all pray to Almighty God, Allah and ask Him, "Guide us in the best ‘Way’ and keep us away from being ‘losers’. Ameen. 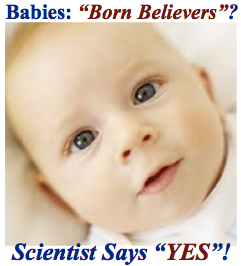 LIVE Show "Talk About it" Nightly on - www.WhatsIslam.com and GuideUS.TV