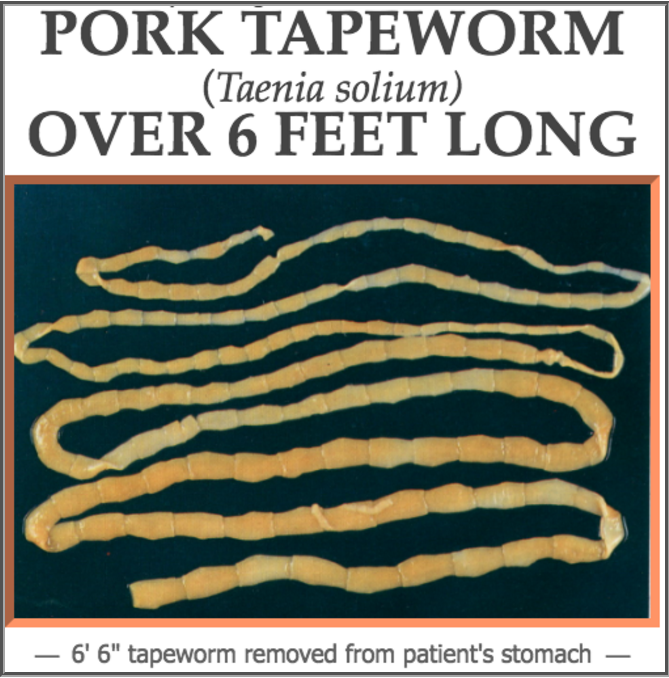 The New England Journal of Medicine published today (January 25) a report of a 48 year old patient who told doctors in India he had severe stomach pains for over 60 days, before coming to them.

Then a colonoscopy was performed, and doctors found a piece of an undulating worm in the man's colon, according to Dr. Cyriac Philips, a specialist in liver diseases, one of those who treated the patient at Memorial Hospital. 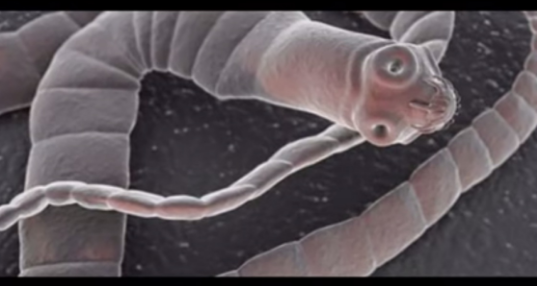 Over 6 feet long — Surgeons began pulling the enormous parasite out of the man’s mouth, inch by inch until the entire tapeworm was completely removed, for a total of 6’ 3” (1.88 meters) long. 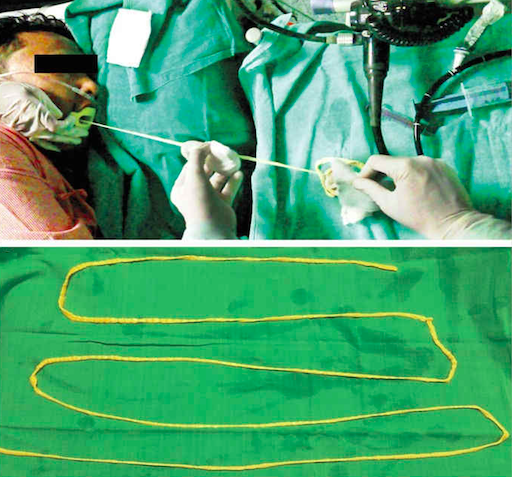 Doctors Shocked — Then the entire medical staff was amazed as they observed an entire worm curled around in circles in the upper portion of the small intestine, says Dr. Philips and he said it is the longest tapeworm he’s seen.

According to the report, the entire procedure of endoscopy and tapeworm removal required over an hour and 15 minutes, while the patient was sedated, says Dr. Philips.

Anti-parasitic medications were given to the patient to kill any remains of the tapeworm or other similar parasites. In a 30 day check up the patient showed no additional symptoms of any further problems with parasites, according to doctors. 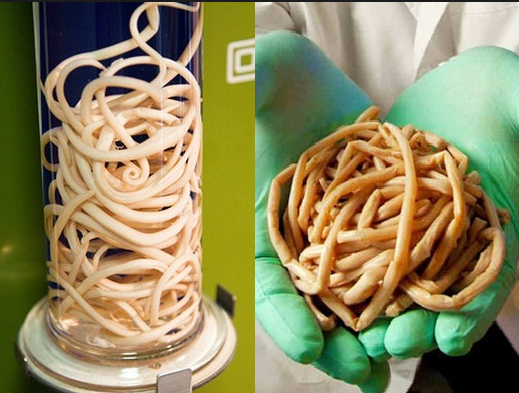 Examples of pork tapeworms found in patients after removal

Pork containing tapeworm eggs discovered inside humans. New York doctors reported in October, seeing an increase of another type of infection from this same type of tapeworm, when people eat pork containing eggs from the pork tapeworms. 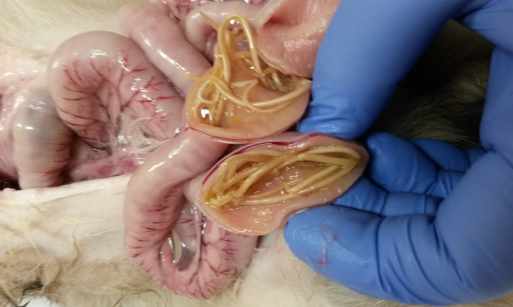 Tapeworms being removed from patients bowels in surgery

These eggs form cysts in the entire body, even the brain. Dr. Amy Spallone, at Stony Brook University Hospital, New York, resident of internal medicine in her report states, the prevalence of this type of infection across the United States, is not yet completely understood by the medical profession.

Tapeworms up to 11’ 6” (3.5 meters) have been recorded and can grow more for many years inside a human gut, according to the National Library of Medicine (NLM). 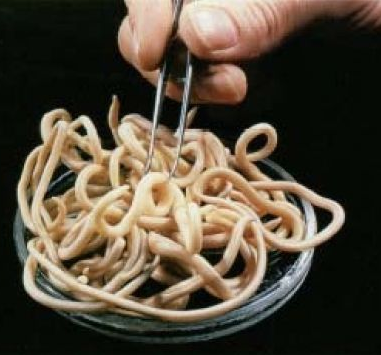 Tapeworms discovered inside patients after years of development

Most people don’t realize they have tapeworms because usually there are no symptoms or indications of the infection, says the NLM., except, in a few cases when stomach pain is caused by tapeworms.

— based on report of staff writer, Sara G. Miller in LIVE Science