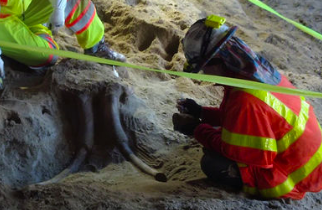 Looks like even dinosaurs have to wait on transportation in Los Angeles these days... 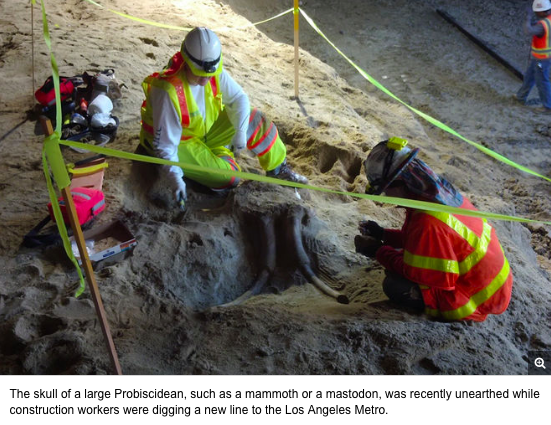 3-foot-long (1 meter) section of mammoth tusk, and its skull along with pieces of tusks from a much younger animal.

Could have been either a mammoth or even a mastodon (much larger beast), this is according to The Source - transportation blog concerning the Los Angeles Metor.

Though the ice-age fossils (exact age not yet determined) are definitely great discoveries more rare to find under a subway than the typical rodent "remains" or bits of chicken wings and tossed out coffee cups. 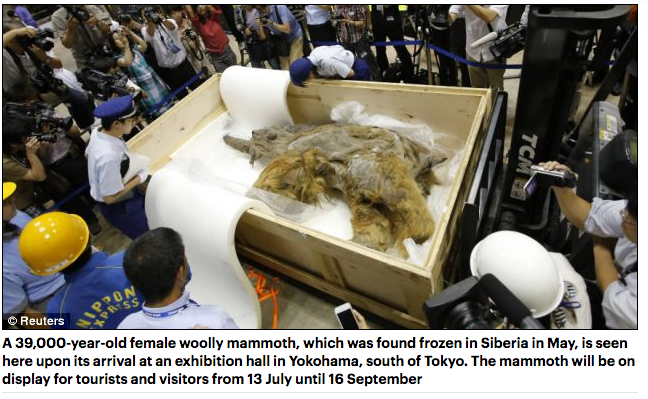 The famous La Brea Tar Pits, located in central LA where natural tar has been seeping up from the ground for over 400 centuries are not far from this area.