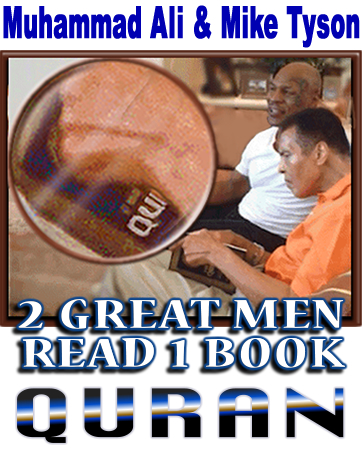 All Muslims love the Quran and boxing heavy weight, Muhammad Ali was no exception. 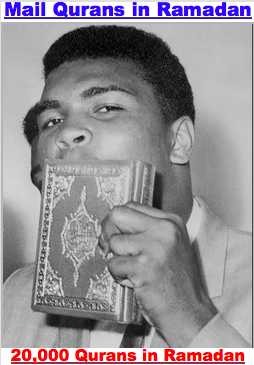 The champ carried his Quran in his travels and was quick to give out many free Qurans, pamphets and books to anyone who needed to know more about the true Islam.

Many Muslims saw Muhammad Ali give out dawah pamphlets with his signature to fans when they asked, instead of just autographicing napkins, notebooks and scrap paper.

He also spoke out publicly just before his death, against statements coming from Donald Trump, a presidential candidate - about profiling Muslims and banning Muslims from coming to America.

His legacy lives on - in the dawah of those who worked with him, traveled with him and learned Islam from him.

Now it's your turn to join us in dawah!
Quran is THE BEST DAWAH
Take it from the champs!

HELP US MAIL OUT FREE QURANS - NOW - Tomorrow May Be TOO LATE! 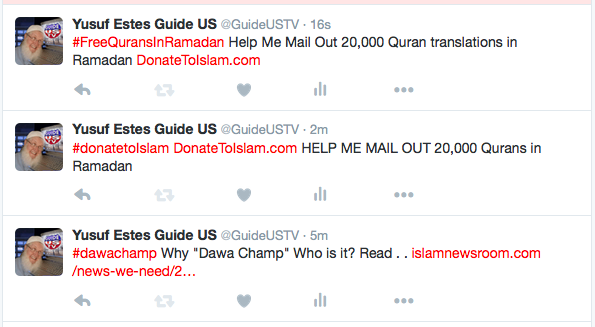 [click here to DONATE to MAIL OUT FREE QURANS]