Would You Report Your Child?

Teen youth convicted of “Support to Islamic Terrorists” in Virginia.

But we want to ask about the story-behind-the-story:

WHAT WOULD YOU DO?

As a parent (maybe a single parent) with a home ridden child suffering with an incurable disease, would you call authorities if you found out he was online with criminals, especially dangerous military types calling for all out warfare in other countries?

That's the case we understood from the news we heard.

First look to the disease of this boy while still a pre-teen: 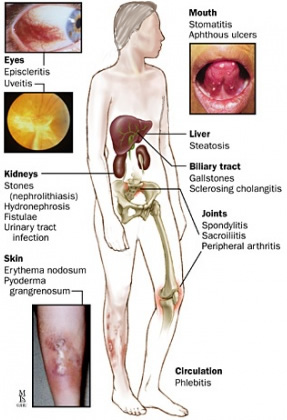 He was only 10 years old when he was diagnosed with Crohn’s disease, in the past associated with older women, but now more common in all ages and genders.

As a child his disease left him home bound and weak with only the Internet as his buddy.

His mom tells us she and her husband were shocked to discover their sickly little son's phone calls and online chats were with much older people – about fighting, war and military takeovers.

She contacted the local imam (prayer leader) in her community with concerns of her son's suspicious online activities.

The imam told her to immediately contact authorities in the matter.

She took the advice, called the police and even provided testimony that would eventually lead to her beloved son's arrest, trial, conviction and sentencing.

OK - this is the story we all know. But what about the mother today? How about the feelings the boy may have for him mom (she turned him in)? What should be the reaction from the close relatives and friends? What do we know from Islam about all this?

Can you imagine being a single parent struggling to keep your child from self destruction and those who are out to destroy him? Obviously any of us would use any means possible to save him.

A Muslim mother understands the God-given connection to her child from the Quran, from the Arabic word “Rahm” as a “place of mercy” wherein her baby is conceived. Our mothers are a Mercy to us from the All-Merciful (Al Rahman – Allah), before we are even  born and throughout our entire life.

Regardless of what you took from this story, it really could happen to almost any of us. So, before any of us pass judgment on this young boy, with a debilitating disease and misplaced direction or on his mother for not being more involved with his actions all along, or for her turning him in to the authorities – Let's see what we find in Islam.

Quran – "Worship God and join not any partners with Him; and be kind to your parents...” [Noble Quran 4:36]

Quran – "And We have command mankind [to be good] to their parents: in pain after pain his mother gave birth to him and suckled (nursed) him for two years. Be thankful to Me (Allah) and to your parents, unto Me is the final destination."[Noble Quran 31:14]

He replied: "Your mother."

The man asked: Then who?

Again he asked, “Then who?”

Again came the reply, “You mother. Then your father."

It is related from Talhah, may Allah have mercy on him, who said:

Some people attribute this saying to the prophet, peace be upon him, but this is what we know from scholars. Allahu 'Alim.

Your input is highly needed right now - Please comment (below) and pray for all of us never to have to go through something like this, ameen.

#7 Umm Nuh 2015-09-20 08:31
The mother overreacted. She should have been keeping tabs on her sons activities better than that. She will regret not taking a step back and thinking the situation through more carefully and trying to find another alternative than turning him into the police. Just because you are at home everyday doesn't' mean you use the TV and PC as a babysitter. InshaAllah they both somehow can have a positive resolution to this situation without her sons future being destroyed with a horrible criminal record.
#6 ayesha 2015-09-09 08:51
y being a jihadi is undigestible for the world whats wrong in doing jihad m sure mom would take it lightly if she would have caught her son watching porn secondly where we see in our homes parents telling their children about 5 pillers or maybe basics of islam jihad is and will be part of islam u cant just rip it off over western will i dont see a single mother agreeing on sending her son for jihad we cant be silent on our situation if west has the right to invade poor countries without solid evidence thn mujahideens has the right to fight infact they are doing sthng to save us.

EDITOR to Sister Ayesha:
Strong points sister! Good observation and may Allah increase us all in our knowledge, understanding and commitment to deen, ameen.
Thank you
(anyone else ready to speak up? - Why only our sisters?)
#5 Jamal 2015-08-27 18:40
Great analysis of this situation. May Allah protect our families and give us the guidance to save ourselves and our families from the hellfire.
#4 abu abu 2015-08-27 02:21
are you kidding aisha? deivant groups? you cant make TAKFEER without concrete evidence on these groups fighting you cant generalise, the prophet state who ever calls someone a kaffir if its not true it falls back on him.

So you think your so pious and so rightous you can just make takfeer on anygroup the media labelled bad, you people will refuse to believe lies about hamas who btw are actually A DEVIANT Group, i mean considering shia muslims is a nullifier of islam.

And if you believe the lies of the media n these paid shiekhs, these rand institute sellout palace scholars then i leave you with this ayat

"If a Fasiq (liar- evil person) comes to you with any news, verify it, lest you should harm people in ignorance, and afterwards you become regretful for what you have done. Quran: 49: 6"
#3 Aisha 2015-08-26 21:53
if the boy had some visits from others who are pious perhaps this boy could have been spared the influence of the deviant groups running those "jihadi" chats or sites. having Crohn's while in jail will make the experience even more distressing for this kid. may Allah guide him. aminus, and are good with speaking to the y
#2 Matiyahu 2015-08-26 21:23
The boy had to much time on his hands and he is young so his mind is manipulated, he cant really make his own decisions on his own, and if he has a older person to look up to then they will be able to persuade him in doing wrong when hell think that its something good because he looks up to him.
#1 Editor IslamNewsroom 2015-08-26 20:21
I pray never to be in such a situation, ameen. May Allah help and guide this family, ameen.
Refresh comments list
RSS feed for comments to this post