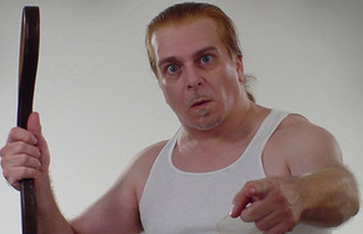 Must Wives Obey?
Do They Have Rights?

Fatwa for: Meaning of "Wife's obedience to her husband"

Relationship Between Husband and Wife

I would like to ask you about the concept of obedience of a wife to her husband.

Can a man beat his wife for no reason, or just when he feels like it?

What is the extent of his control or power over his wife in Islam?

It is my belief that this relates to religious matters, not to trivial issues such as making a cup of tea when told so.

I understand that doing such a thing for one's husband is out of courtesy and a means of strengthening marital relationship; but is this the meaning of obedience?

There is much discussion and misunderstanding on the concept of a wife's obedience, so please answer this question as fully as possible, making a clear distinction between courtesy, respect and obedience.

May Allah reward you!

Wa `alaykum As-Salamu wa Rahmatullahi wa Barakatuh. In the Name of Allah, Most Gracious, Most Merciful. All praise and thanks are due to Allah, and peace and blessings be upon His Messenger.

Dear sister in Islam, we commend your keenness on getting your self well-acquainted with Islam and its teachings, which is the way Allah has chosen for the welfare of His servants.

Islam teaches that the relations between the spouses should be based on tranquility, love and mercy. These are very important concepts in Islam.

These three summarize the ideals of Islamic marriage. It is the duty of the husband and wife to see that they are a source of comfort and tranquility for each other.

They should do everything physically, emotionally and spiritually to make each other feel happy and comfortable.

They must care for each other.

They should not inflict any harm or injury, neither physically nor verbally, to each other.

In order to increase the tranquility and comfort in their relations and in their home, they should love each other and should have mercy and kindness for each other. Loving and merciful relationship is an important ingredient of a good marriage and good family life.

Responding to the question you raised, Sheikh Yusuf Estes, a prominent Muslim scholar and director of Islamtomorrow.com, states the following:

"There are two things that many enemies and even some Muslims refer to when trying to show that Islam in some way favors the men over the women. This has caused very serious problems within and without for a number of centuries but never so much as it has now.

That, however, is meaning not in superiority, but rather in responsibility. The man must care for the woman. His mother, sister, wife and his daughter are all charges that Allah has placed under him.

He is responsible for their food, lodging, health care, education, clothing and general well being. He must be very careful to provide for his family to the best of his ability. There is no doubt that this is the meaning behind the message of men being "over" the women.

The second reference is to the hadith wherein the Prophet (peace and blessings be upon him) said that if he could order anyone to make prostration to someone other than Allah, it would be the wife to the husband.

Again, the meaning is easy to manipulate for those who desire to misunderstand the true spirit of Islam. Women do have a responsibility to obey their men, whether their fathers, brothers, husbands or even grown-up sons.

But it should be emphasized that this obedience is actually to the deen (religion) of Allah and how they follow Islam.

The Prophet (peace and blessings be upon him) used to wash his own clothes, cook food, clean up and care for things just as anyone else.

Try to recall anytime when he ordered his family around like slaves.

Did he? Of course not.

This is obviously against the teachings of Islam.

Woman owns property in Islam exclusive of her husband and does not even have to offer one cent of her income to her husband even if he is out of work and has nothing. Whatever she contributes is recorded for her as charity and it is not obligatory on her.

If she washes his clothes, prepares special dishes and does extra things for him, then this is considered very appreciated acts from her side.

He should be very thankful to Allah for giving him such a wife.

Her duties are always to Allah first, and then to the Prophet (peace and blessings be upon him).

Her duties to her husband are no difference than the husband's duties. Both are equal in responsibilities, duties and intentions before Allah.

May Allah make us of those who understand and follow His deen of Islam, ameen!"

You can also read: