He Read Quran
He Did Salah (prayer)
& HE LOVES ADHAN
BUT, is He Muslim? 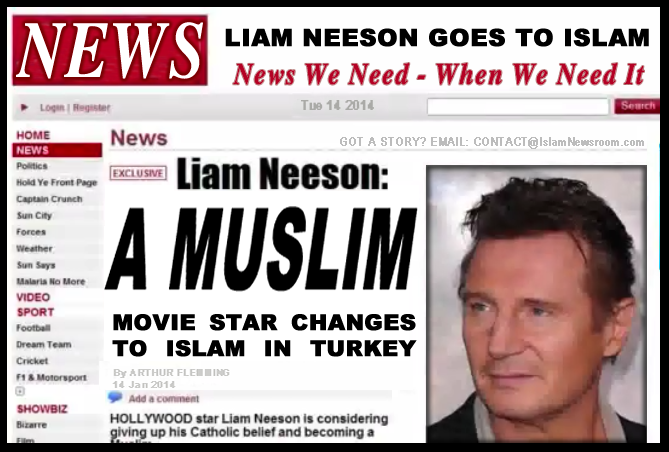 REMEMBER Stories we ran about Liam Neeson considering Islam while he was doing a movie in Istanbul, Turkey?
[here's the old story link: www.IslamNewsroom.com/news-we-need/1833]
Well, here's the good news - Read the story below & comment please . .

Irish actor, Liam Neeson finally gave up the Catholic faith and is converted to Islam, according to reports from Turkey and printed in Weekly World News online.

The Hollywood star, who was making a movie in the Turkish city of Istanbul some time back had became fascinated with the way of Muslims and Islam during his stay.

Speaking to The Sun, he said: “The Call to Prayer (adhan) happens five times a day . . . it just gets into your spirit and it’s the most beautiful, beautiful thing". 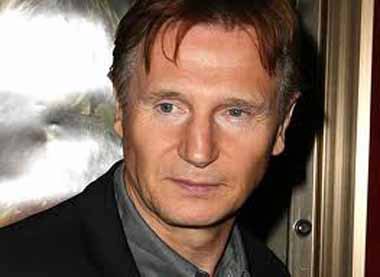 Soon after speaking with The News,  Liam met with prominent Muslim imams and mullahs from Turkey and did his conversion, according to eye-witnesses.

Liam was raised in Northern Ireland as an alter boy in the Catholic church and was even named after the local priest.

When speaking about beliefs, Neeson says, "I grew up a Catholic, but I think every day we ask ourselves - 'What are we doing on this planet?' 'What's it all about'?"

Obviously, anyone who is asking the Almighty Allah for Guidance, then Allah will guide them - no matter how long or in what way - Allah will always Guide them to the right path. Al Hamdulillah, for Liam Neeson and all those who ask for Allah's Guidance.

If you did, then you are absolutely RIGHT! 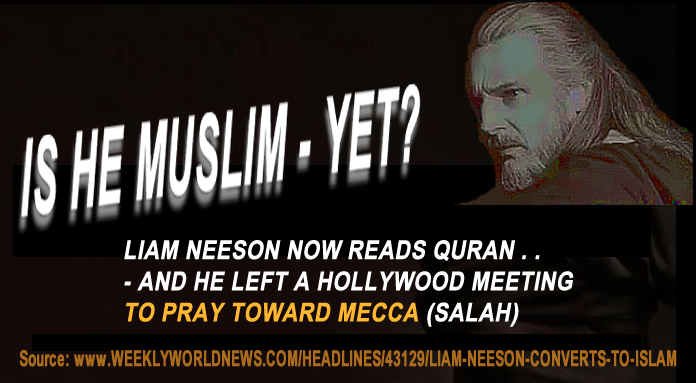 Neeson has been seen reading Quran, he says he loves the Adhan (call to prayer) and even said the spirit of Islam is in his heart - and in the middle of a Hollywood meeting he left the room to bow in prayers toward Mecca.

Could it be true? Anything is possible for Allah Subhannah wa Ta'ala, God Almighty! Whoever He Guides will never be misguided and whoever He does not guide, will never find their way.

Keep reading, commenting and sharing our stories here, you never know who might read your comments and become a Muslim.

And once again, here's the old story link:
www.IslamNewsroom.com/news-we-need/1833]

Come On - Leave Your Comments Now (bottom of page)