What Does Islam Say 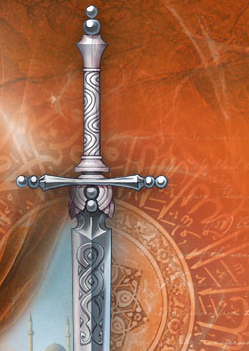 From "Answering Attacks Against Islam" - by yusuf estes

Question:
How We Answer Harsh Question and attacks against Islam?

Answer: Begin with the Name of Allah - and ask Him to send peace and blessings upon Muhammad, peace be upon him. And Remember "Allahu 'Alim" - it is only Allah who is the True Knower of all Things.

Someone said, "Your Quran says to kill all the Jews and Christians.."

This is absolutely not true and it is quite easy to prove.
The Quran still exists today just as it did at the time of the prophet Muhammad, peace be upon him. You see, he never did learn how to read or write, so he memorized the entire Quran from the angel Gabriel (Jibril in Arabic) and then he passed on this recition (Quran) to his companions and they in turn passed it on to the next generation and this practice continues even today, reciting by memory and then passing it on to the next generations. And by the way, it is exactly the same from anywhere it is recited in the world.

Now here is an example of how you might answer those folks with the harsh questions:

First say, "Thank you for your interest in Islam and the Muslims"
Continue, "It is our duty and privilege to present the truth and proof about Islam and what it represents. We desire to clear up misconceptions and misunderstandings about Islam to help others see the true message that came with all of the prophets from Adam, Abraham, Moses, Jesus and Muhammad, peace be upon them all."

Now be sure to mention this important point:
"The message is: Laa elaha illa lah (none has the right to be worshipped except Allah)."

Now say,
"And before I begin to answer the question, I would like to ask you a question - 'If you hear something you like in the answer or something that really makes sense to you - then are you preparted to accept the message of worshipping your Lord without any partners?"
"After all, Islam is really all about this one subject anyway."

Then go to the next important area (misconceptions):

"Now let us correct some mistakes in the 'question' itself. There is not such a meaning in the Quran, ordering or even permitting the Muslims to ever attack innocent people whether they are Christians, Jews, or any other faith for that matter.

Combat is only ordered against those who are attacking or killing the innocent Muslims or fighting against the established Muslim state.

Now here is the answer -

The word used most often in Quran, that is so often mistranslated as kill; slay; or slaughter is not jihad, it is qital and if you look to the Arabic, you will quickly understand this word in today's usage would clearly be combat.

Naturally, just as here in the U.S. we must stand up for righteousness and strive to prevent oppression, aggression and tyranny. This is the proper usage and understanding for this term, as you will discover while passing through the tafseer and explanations by top scholars today.

Scholars of Quran tell us the verses dealing with this topic are specific and not intended to imply a general meaning for just anyone to decide to go around combating non-Muslims. The early Muslims had been driven out of their homes and turned out into the desert to starve. After finally, relocating in Medina, verses came in Quran instructing them to make hajj (pilgrimage) back to Makkah. Finding their way blocked and after several years of making agreements and treaties that the others continually broke, the Muslims were at last, told they could now fight in combat against the tyrants who had so horribly mistreated and abused them in the past. However, this would only be acceptable to Allah if they remained within very specific limitations. The word "qital" in Arabic in this instance refers to "combat" rather than what some have used "kill" because the word "kill" is far to general, while the word "combat" appropriately describes what is intended by the usage in this passage. Allah Knows Best.

It should also be noted the usage of the word "fitnah" in the same verse denotes a horrible condition, not unlike what we find today when there is terrorism and tyranny against the moral and just society at large. It would be easy to properly understand the meaning as, "Engage them in combat, even killing them, until the state of "fitnah" (terrorism) no longer exists in the society and people are free to worship Allah by their choice."

We can see these verse are not designed to promote terrorism, but rather these are very orders from Above to the Muslims to be the first of those who stand out aggressively against all forms of terrorism and oppression.

Once this is in place, there really isn't a question anymore, due to the necessity as we see today, to prevent and subdue enemies of freedom, liberty and justice. In other words, we could easily say Allah ordered believers in the Quran to wage combat against terrorism - 14 centuries ago. And the "struggle against oppression, terrorism and tyranny" in the Arabic language, it is called, "Jihad."

It is time to visit our website and download or bookmark our free copy of translation of Quran... First thing you do is download the Quran from our site at:

Then go to the verse in question and read the Arabic, then the English, then the transliteration (making the sounds with English letters). Then compare the meaning to what you have pronounced.

Here are a few of the misquoted verses:
Verses containing the word "Qital" (fighting in combat)

2.190 Fight (in combat) in the way of Allah those who fight you but do not transgress.

2.191 And kill them (in combat) wherever you overtake them and expel them from wherever they have expelled you, and

2.193 Fight them (in combat) until there is no more 'fitnah' [agression, oppression and terrorism] and worship is allowed for Allah.

2.216 Fighting (in combat) has been enjoined upon you while it is hateful to you. But perhaps you hate a thing and it is good for you; and

2.217 They ask you about the sacred month – about fighting (in combat) therein. Say, "Fighting therein is great [sin],

2.244 And fight (in combat) in the cause of Allah and know that Allah is Hearing and Knowing.

2.246 Have you not considered the assembly of the Children of Israel after [the time of] Moses when they said to a prophet of theirs, "Send to us a king, and we will fight (in combat) in the way of Allah"?

3.13 Already there has been for you a sign in the two armies which met [in combat in Badr] – one fighting (in combat)

3.111 They will not harm you except for [some] annoyance. And if they fight you (in combat) , they will show you their backs;

3.142 Or do you think that you will enter Paradise while Allah has not yet made evident those of you who fight (in combat) in His cause and

3.156 O you who have believed, do not be like those who disbelieved and said about their brothers when they traveled through the land or went out to fight (in combat) , "If they

3.167 And that He might make evident those who are hypocrites. For it was said to them, "Come, fight (in combat) in the way of Allah or

4.75 And what is [the matter] with you that you do not fight (in combat) in the cause of Allah

4.77 Have you not seen those who were told, "Restrain your hands [from fighting] and establish prayer and give zakah"? But then when fighting (in combat) was ordained for them, at once a party of them feared men as they fear Allah or with

4.84: So fight (in combat), in the cause of Allah; you are not held responsible except for yourself. And encourage the believers

4.90: Except for those who take refuge with a people between yourselves and whom is a treaty or those who come to you, their hearts strained at [the prospect of] fighting you (in combat) or fighting their own people..

4.94: O you who have believed, when you go forth [to fight (in combat)] in the cause of Allah, investigate; and do not say to one who gives you [a greeting of] peace "You are not a believer,"

8.39 : And fight them (in combat) until there is no fitnah [agression, oppression & terrorism] and [until] the religion, all of it, is for Allah. And if they cease – then indeed, Allah is Seeing of what they do.

•    8.65: O Prophet, urge the believers to combat. If there are among you twenty (who are) steadfast, they will overcome two hundred...

•    8.74: But those who have believed and emigrated and fought in the cause of Allah and those who gave shelter and aided - it is they who are the believers, truly. For them is forgiveness and noble provision.

•    8.75: And those who believed after (the initial emigration) and emigrated and fought (in combat) with you - they are of you…

•    9.5: And when the sacred months have passed, then engage the pagans in mortal combat wherever you find them and capture them and desiege them and sit in wait for them at every place of ambush. But if they should repent, establish salat (proper worship) and give charity, let them (go) on their way.

•    9.12: And if they break their oaths after their treaty and defame your religion, then fight the leaders of disbelief, for indeed, there are no oaths (sacred) to them; (fight them) so the will stop.

•    9.13: Would you not fight a people who broke their oaths and determined to expel the Messenger, and they had begun (attacking) you the first time? Do you fear them? …

•    9.14: Fight them; Allah will punish them by your hands and will disgrace them and give you victory over them…

•    9.29: Fight those who do not believe in Allah or in the Last Day and who do not consider unlawful what Allah and His Messenger have made unlawful and who do not adopt the religion of truth from those who were given the Scripture – [fight] until they give the jizyah willingly while they are humbled.

•    9.36: Indeed, the number of months with Allah is twelve [lunar] months in the register of Allah [from] the day He created the heavens and the earth; of these, four are sacred. That is the correct religion, so do not wrong yourselves during them. And fight against the disbelievers collectively as they fight against you collectively.

In each case, the use of the words in English for battle, combat, fight and so on - is actually only one word in Arabic - 'qital'.
Perhaps the best way to understand a single word in today's English would be 'combat' or 'military combat' or even 'mortal combat'.
In all the cases it is to be understood as military engagement in battle or war.
(Reference: www.AllahsQuran.com/read in the search box, type the word 'fight')

Now notice the actual word 'jihad' - for example in chapter and verse - 9.44 Those who believe in Allah and the Last Day would not ask permission from you to be excused from 'striving' with their wealth and their lives. And Allah is Knowing of those who fear him.
Check out www.AboutJihad.com

We pray to Allah to make it easy for all of us to find the correct meanings and teachings of Islam and allow us to share Islam with others, and forgive our mistakes and grant us His Paradise, ameen.

Permission to copy & distribute (with limits)

Yusuf Estes says: "I give full permission to use any and all of my writings and recordings without copyrights for anyone who is engaged in presenting the true message of the peace of Islam, provided it is done without charge and there are no alterations, additions or deletions. (signed) Yusuf Estes, February 22, 2012"