Remember A Debate Between
Christian vs. Ahmad Deedat -
"Is Bible God's Word?" 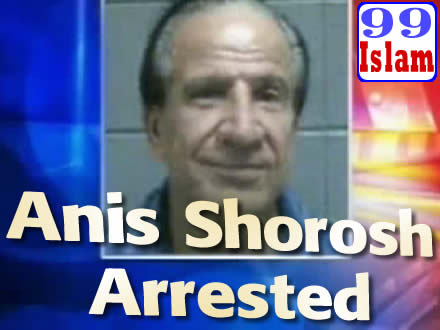 He's in jail now - Find Out Why

Note: Missing documents on U.S. government website concerning the fabrication of a false Quran. Please read, and click all links for full story:

Anis Shorrosh ARRESTED In a TV news story, Anis Shorrosh was arrested for attempting to burn down his own apartment complex, using his phone church tax records and all the while claiming, "Muslims are after me..."

Guess what? - He's also responsible for the "Phony Koran". He calls it, "Al FURQAN" and claims the United States* is behind this false attempt to make up a false Quran and even said they forced it on Kurwaiti students.

-- Desecration of the Holy Quran 2. "America Not Imposing Any Quran On Muslims With The Name True Furgan: U.S. Embassy Writes To Majid Nizami" "Nawa-e-Waqt" (06/07)

Text: In a letter to Nawa-e-Waqt Chief Editor, Majid Nizami, American Embassy has clarified that America is not imposing any Quran on the Muslims with the title 'True Fun/an.'

The letter said that a Christian preaching group has published a book "True Furgan" with the aim to attract Muslims toward Christianity.

However, this group has no connection with the U.S. government.

The letter denied the claim of great mufti of Palestine that America is imposing 'True Furgan' on Muslims as a new Quran.The letter also denied the claim of an Egyptian journal's Editor that the 'True Furgan' was secretly published in Israel and America and that 12 more publications under the same title would be published.
The letter accused Egyptian journalist of spreading disinformation about America.
The letter also claimed that the Egyptian journalist had been a close associate of Saddam Hussein.
The letter said that the 'True Furqan' was published in America in 1999 and not secretly.
'True Furgan' was not published in Israel, was first printed in Arabic and later on translated into English. This translation was done by an Arab group of Christian preachers.
According to Dr. Anees Sarosh, who translated 'True Furgan' into English, the said book is part of the Christian preachers effort to convert Muslims into Christianity.
According to Dr. Sarosh, the book has similarity with the Quran, but it also contain portion of Bible.
According to Dr. Sarosh, this book was not published in Israel. 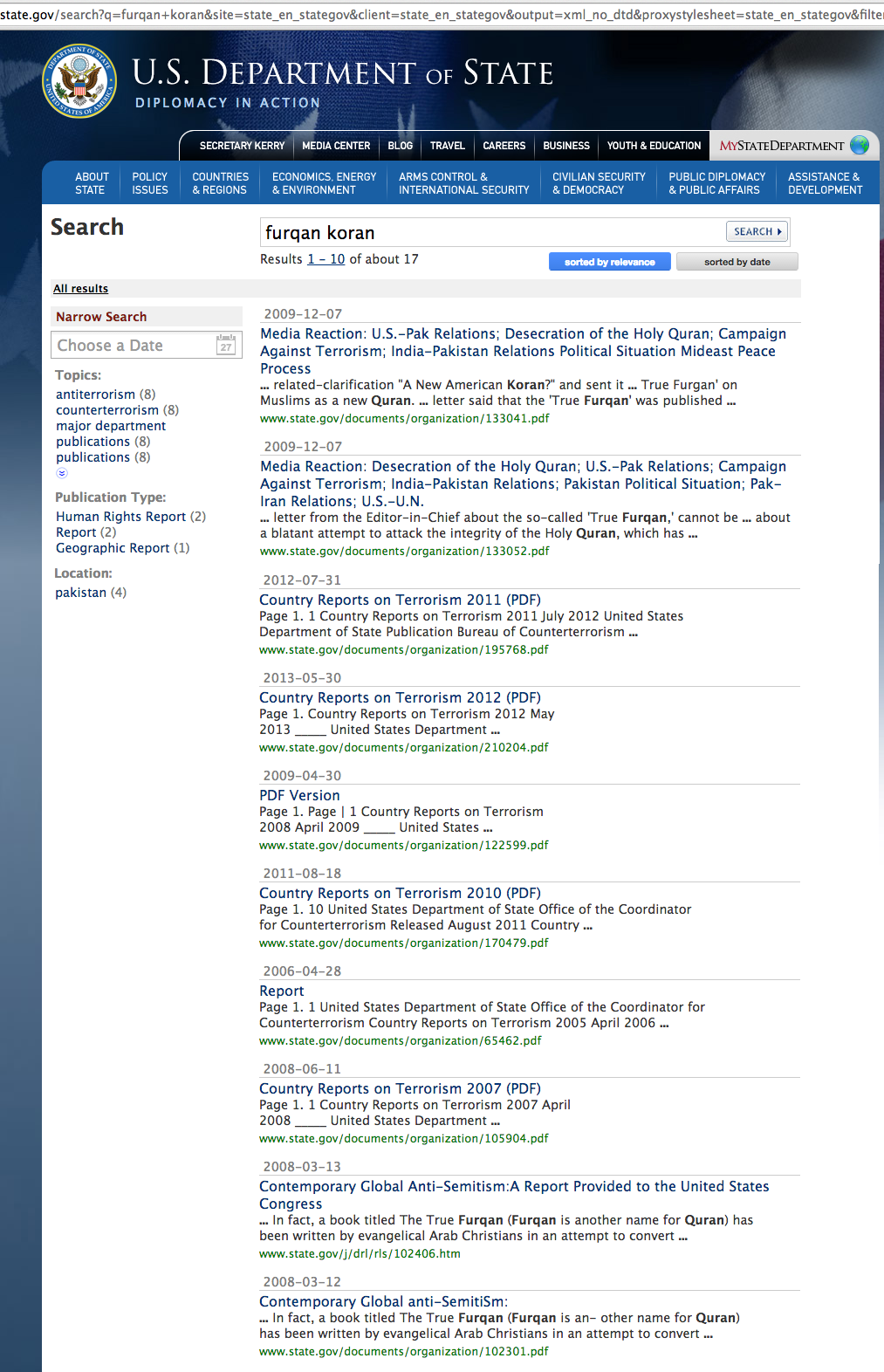 www.state.gov/documents/organization/133041.pdf
Interesting development in this story - We just came across a document on the United States government's own website that has now replaced the document that was originally posted on their site in 2005.

The original, exposing Anis Shorrosh for fabricating the false "Real Furqan" (claiming U.S. was behind it all), has now mysteriously been replaced with documents condemning anti-semitism: