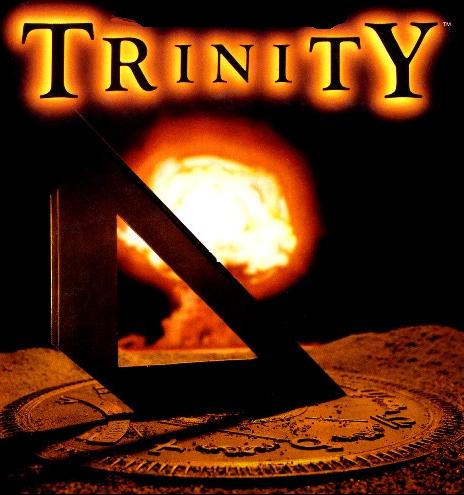 How Can Jesus Be in the Trinity?
Is he part of the "holy ghost"?
Or the Father?
What is 'Paracleytos'?
Is angel Gabriel the holy spirit?
Compare something the "trinity" (1 is 3)?
Can you explain "trinity" to Muslims?

Does "trinity" actually come from pagan worship of the sun?

Paraclete comes from the Koine Greek word παράκλητος (Parakletos) and also (Parakyletos) referred to in (Strong's Concordance ref: G3875) meaning "one who consoles - a comforter" or "one who intercedes on our behalf - an advocate". It may reflect מְנַחֵם mənaḥḥēm "comforter". According to Walter Bauer's Greek-English Lexicon of the New Testament and Other Early Christian Literature: "the technical meaning 'lawyer', 'attorney' is rare." The word appears a few times in the New Testament and, as a title for the Holy Spirit, is used in Christian Pneumatology and Trinitarian theology.

Also: The 'clete' syllable is derived from the same etymological origin as 'ecclesia' - the infinitive of which means "to call" [Arabic - 'dua' or 'da'wah']. By the 'ecclesia', the church is called to assemble. Similarly, the Paraclete is one who is "called" to the side of the one on trial. The term "councelor" is used as "one who is acting as advocate or representation" - but actually should be understood from the Koine Greek root 'clete' or 'ecclesia' - the one who is called to do something, or one who is calling to do something, i.e. a 'crier' or 'messenger'.

'Paraclete' appears in the New Testament in the Gospel of John where it may be translated in English as "Counselor", "Helper", or "Comforter". The Early Church identified the Paraclete as the Holy Spirit and Christians continue to use Paraclete as a title for God's Spirit.

In "paraclete" is used to describe the intercessory role of Jesus Christ. And in John 14:16 Jesus says "another paraclete" will come to help his disciples, implying Jesus is the first paraclete.

In and John the Baptist says a powerful one coming after him: "will baptize you with the Holy Spirit and with fire. His winnowing fork is in his hand, and he will clear his threshing floor, gathering his wheat into the barn and burning up the chaff with unquenchable fire." (NIV)

Verses like these are often used by Christians in Trinitarian theology to describe how God is revealed to the world and God's role in salvation. According to trinitarian doctrine, the Paraclete or Holy Spirit is the third person of the Trinity who among other things provides guidance, consolation and support to people. Other titles for the Holy Spirit include 'Spirit of Truth', Lightfull Spirit of God Almighty, Holy Breath, Almighty Breath, Giver of Life, Lord of Grace, Helper, 'Comforter', 'Counsellor' and 'Supporter'.

Some early Christians may have believed that Jesus himself returned after his death to indwell his followers as the Spirit and Helper.

Rene Girard, a Christian anthropologist / philosopher, argues that Paraclete ought to be translated as the Defense Attorney who is defending human beings against the assaults of Satan (the Prosecuting Attorney, the Accuser, the fomenter of violence). See Girard's book I See Satan Fall Like Lightning, pages 189-90, for his argument.

And because of their saying: We slew the Messiah Jesus son of Mary, Allah's messenger They slew him not nor crucified, but it appeared so unto them; and lo! those who disagree concerning it are in doubt thereof; they have no knowledge thereof save pursuit of a conjecture ; they slew him not for certain,(Quran 4:157)

Since the founding of Islam in the 7th century, some Muslims have identified Muhammad as the Paraclete promised by Jesus. They draw on similarities between the words "Parakletos" and "periklutos", meaning 'Comforter', which can be translated as "Ahmad" and is another name used to refer to Muhammad in the Qur'an. The Quranic verse to which Muslims refer is:

"And remember, Isa Bin Mariam ("Jesus, son of Mary") said: O Children of Israil! I am the apostle of Allah (sent) to you, confirming the Law (which came) before me, and giving Glad Tidings of a Messenger to come after me, whose name shall be Ahmad. But when he came to them with Clear Signs, they said, this is evident sorcery!"
(Sura 61:6)

Muslims believe also that Muhammed will be the interceder in the Day of Judgment, commonly called:
شفيع هذه الأمة
"interceder of this nation [i.e. the Muslims]).

In the Sahih of Imam Al-Bukhari::

"...Then I will be addressed: 'O Muhammad! Raise your head; intercede, for your intercession will be accepted, and ask (for anything). for you will be given."
Bukhari, Prophets Book, Hadeeth #556

"Muhammad is but a messenger, messengers (the like of whom) have passed away before him. Will it be that, when he dieth or is slain, ye will turn back on your heels? He who turneth back on his heels doth no hurt to God, and God will reward the thankful." (Quran 3:144)

According to Muslims who argue that Muhammad is the Paraclete promised by Jesus, this is taken to mean that Muhammad's support and approval will be with Muslims and the true believers of one God. In addition, many Muslims believe the permanent light mentioned by Jesus refers to Mahdi.

Also, from the Gospel of St. John in the New Testament of the Bible:
"But I tell you the truth: It is for your good that I am going away. UNLESS I go away, the Comforter will NOT come to you; but if I go, I will send him to you." "But when the Comforter is come, whom I will send unto you from the Father, even the Spirit of truth, which proceedeth from the Father, he shall testify of me." "And ye also shall bear witness, because ye have been with me from the beginning."

No mainstream teaching of Islam describes Muhammad as having come to mankind by being 'sent by Jesus from God'; the general understanding is that Muhammad was created by God as a man and sent to preach directly to the people the Commandments of Almight God (Allah), and for him to 'be sent from God' by Jesus' command suggests that "Allah" (God) has to have some form of partnership. This of course totally contradicts the pure teaching of monotheism ('tawheed') in Islam and also conflicts with the teachings of the Bible (see; Ex. 20, Deutoronomy 5, Mark 12:29). Additionally, Muslims see Muhammad and Jesus as both being majestic and beautiful prophets and messengers of Allah (God) and do not consider either of them to be "perfect son of God" or "God incarnate".

Here is a clear verse from Quran instructing the prophet Muhammad how to address the Jews and Christians (note: the word 'say' ['qul' in Arabic] is left in when reciting just as it was recited by Muhammad to his followers):

Also, it is stated that the disciples of Jesus will experience ('bear witness to') the Paraclete in their lifetimes, which they did, according to Christian tradition. However, this Christian claim is not correct, because "the Paraclete will be with you forever." There is no eternal person existing from the time of Jesus testifying Jesus and teaching God's commands as was supposed to occur.

Muslims do not hold that Muhammad is the Paraclete as some Christians had thought until recent decades when more communication between the two religions established the fact the word for "Holy Spirit" (see: ruh qudus below) is clearly mentioned in the Quran as being the Arch Angel of Allah, Gabriel (Jibreel in Arabic).

Muhammad was well known to has entire community since birth, as his grandfather was the leader of the tribe and the ruler over Makkah and the Holy House (Kabbah) which was visited annually by hundreds of thousands of worshippers. Many authentic traditions confirm Muhammad was known to be trustworthy, honest and truthful. Meccans called him al-Amin (Arabic for "the trustworthy one"). Muslims argue that the "spirit of truth" mentioned in is Muhammad al-Amin, the truthful and trustworthy one, and the message Muhammad brought, the Quran, came direct and unaltered from God. In addition to that, in : "I have yet many things to say unto you, but ye cannot bear them now. Howbeit when he, the Spirit of truth is come, he will guide you unto all truth: for he shall not speak of himself; but whatsoever he shall hear, that shall he speak: and he will shew you things to come. He shall glorify me".

This supports Muslim's argumant as God says in Quran, that Muhammed enjoins only which is inspired into him from God.

Quran 10:15 --"And when Our clear revelations are recited unto them, they who look not for the meeting with Us say: Bring a Lecture other than this, or change it. Say (O Muhammad): It is not for me to change it of my accord. I only follow that which is inspired in me. Lo! if I disobey my Lord I fear the retribution of an awful Day."

"Say (O Muhammad, to the disbelievers): I say not unto you (that) I possess the treasures of God, nor that I have knowledge of the Unseen; and I say not unto you: Lo! I am an angel. I follow only that which is inspired in me. Say: Are the blind man and the seer equal? Will ye not then take thought?" (Quran 6:50)

Muslims understand, The Spirit of Truth, spoken about in this prophecy refers to none other than Prophet Muhammad. He spoke what he heard from Angel Gabriel (Jibreel), who in turn recited the Word of God to Muhammad. The word "Quran" means (That Which is Being Recited). The Quran testifies and glorifies Jesus as a prophet from God and a miracle worker who received revelation from God. This is not accepted by Christians, who perceive Jesus as the only begotten Son of God (John 3:16) and as the Lord and Savior, rather than a prophet in the mold of the Hebrew prophets.

The leading authority on classical Greek (Liddell, which is of course slightly different than biblical Koine Greek ) portrays the word Paraclete as an antonym for Diabolos, characterizing the former as a defender and the latter as an accuser. The 'clete' syllable derives from the same etymological origin as 'ecclesia' - the infinitive of which means "to call". By the 'ecclesia', the church is called to assemble. Similarly, the Paraclete is "called" to the side of the one on trial.

What about "The Holy Spirit?" Is this really mentioned in the Bible? I heard it is also in the Quran but Muslims don't 'get it'. Where can I go to get more information on all of this? Also, is there any connection between the angel Gabriel and the angel mentioned in the Quran (Jibreel)? Is this the same angel and does he have a title something like, 'Holy Ghost'?

Read . . . "Son of Who?" and "Bible: A Closer Look" and "That Prophet! along with a comparison between the two great religions composed by authors from Christianity and Islam. This website is in "Flash" and TEXT as well as being able to be downloaded in PDF format.

What About Other Issues of Bible, Trinity, Sons of God? - ISLAMTOMORROW-BIBLE

325 Council of Nicaea
Nicaean Council, the first ecumenical council condemmed Arianism, and addressed the date of Easter, etc.
www.islamtomorrow.com/bible/NicaeaCouncil325.htm
ISLAM IS…
File Format: PDF/Adobe Acrobat
First Council of Nicea convened, 325 years after the birth of Jesus (). It was at this council that Jesus () was declared by the major- ity of the ...
www.islamtomorrow.com/downloads/islam_is.pdf
Feb 6, 2012... of God, or God incarnate, or part of a Trinity was all just nonsense they came up with after the Nicea Council three hundred years after Jesus.
islamnewsroom.com/news-we-need/1766
Was Jesus the "Father" too? - Islam News Room .com
File Format: PDF/Adobe Acrobat
Jul 18, 2008 ... least (see our references to the Council of Nicea and the Catholic Church's admissions on: www.bibleIslam.com. ) Second, even the text itself ...
http://www.islamnewsroom.com/news-we-need/534-whowasjesus?format=pdf
Will you share this page and these links with your friends and those who need to know about real Islam? (do it now - below)