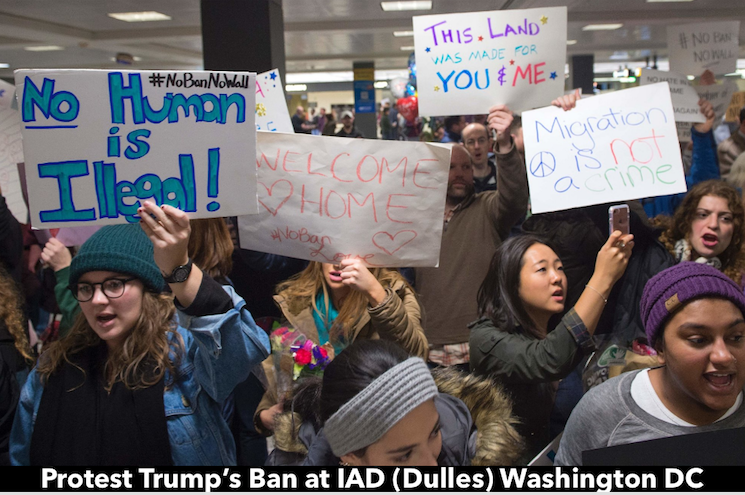 Deportations temporarily stopped, but not over yet! Long hard fight is predicted 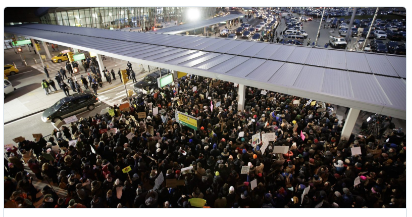 Executive Order Issued by President - Orders Ban on Muslims & Others

President Donald Trump issued executive order against many immigrants, sending them back to their countries and banning entry into the United States from seven Muslim countries.

This is the first of what many say is only the beginning of the Trump administration's executive orders to be forth coming in the next few months.

Massive demonstrations all over the country prompted federal judges to put a temporary halt to the executive order. 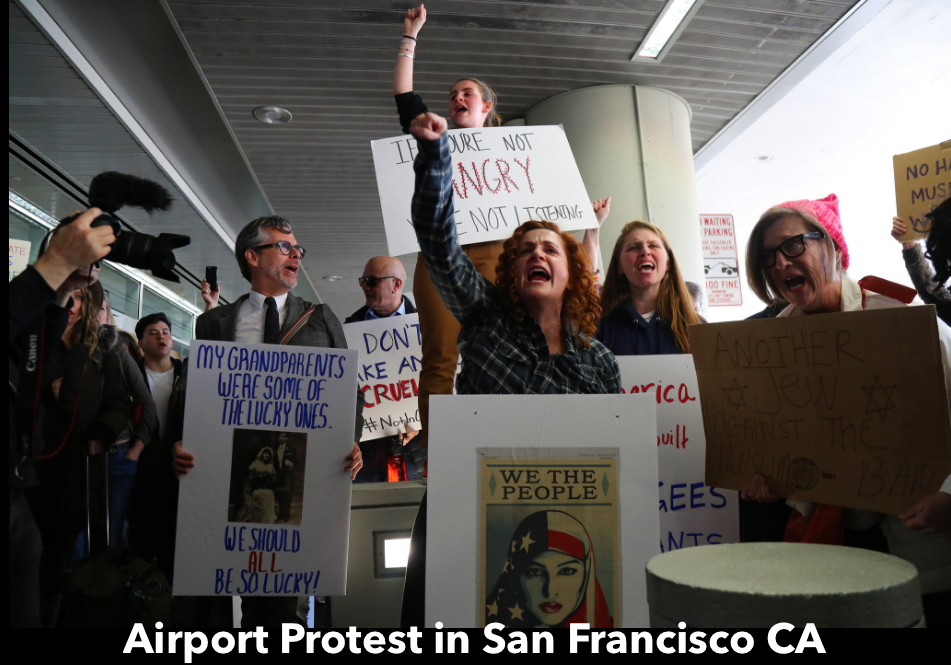 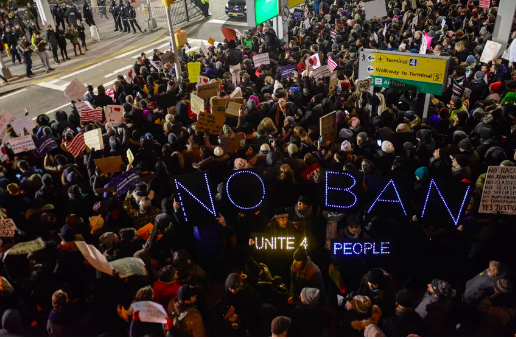 Immigrants from these seven countries, already in the U.S. had been ordered sent back to their countries immediately by the executive order. However, the court order temporarily prevents the government from sending them back just yet. The fear is, sending them back could cause "irreparable harm" (meaning, prison, torture or even execution). 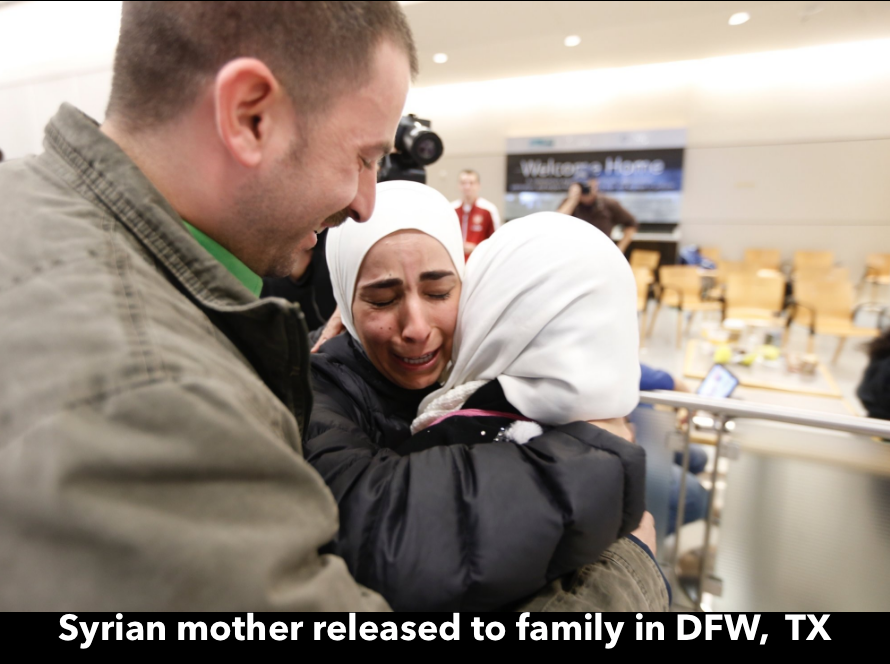 Whether or not those who are "detained" already will be released or held indefinitely in detention until a hard ruling on the constitutionality of this ban is established, is anyone's guess at this time.

Judge Donnelly to attorneys for the plaintiffs, "If someone is not being released - I guess I'll hear from you . ."

The ACLU had filed a habeas corpus petition on behalf of Hameed Khalid Darweesh and Sameer Abdulkhaleq Alshawi, both denied entry into the U.S. after landing at JFK airport in New York, and were detained indefinitely by Customs and Border Patrol. 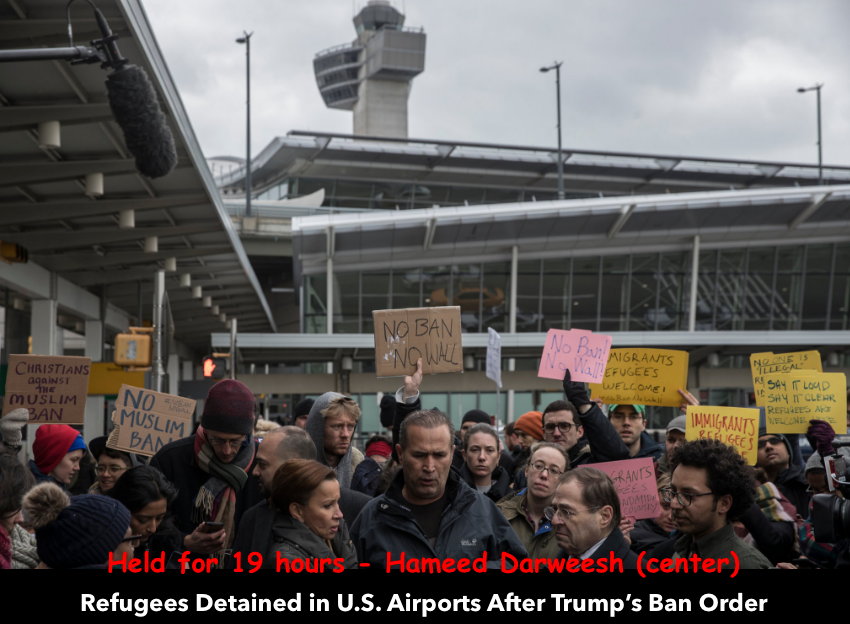 Darweesh had spent over ten years working for U.S. military as a translator and engineer in Iraq, and had been given entry visa after background checks.

Alshawi has a wife and son who are here in the U.S. and already permanent residents here, after similar military actions for the U.S.

As the court has specifically ruled on Darweesh and Alshawi’s petition, it means other similarly-situated persons who are also detained as well as those in transit are also covered by this ruling, but it's only temporary.

The point of a stay is to preserve the status quo while waiting for a permanent ruling to be made — the judge particularly reminded the attorneys for the government who were in the courtroom at the time. Jackie Vimo from the NILC (National Immigration Law Center) tweeted that the judge feels the likley success on merits for this case as it moves forward.

President Trump's executive order makes a clear halt to any and all immigration from Somalia, Sudan, Yemen, Libya, Iran, Iraq and Syria.

Trump signed the order late Friday causing serious and widespread confusion as to how it would be implemented and enforced. The decisions were made in haste, without much transparency or consideration for legality of such a ban, especially since it clearly targets followers of the religion of Islam.

Many protests and demonstrations broke out at airports all over the US after this ban was put into affect. The tech industry has registered strong opposition, even showing moral outrage over Trump's ban.

Doubtless, the Trump administration will try their best to reinstate this executive order, as quickly as possible, trying to prove the ban is not unconstitutional.

Things should get more interesting as Trump continues to reorganize the foundation of America - to make it "great again".

Well, what are you waiting for? Do you agree? Or disagree?