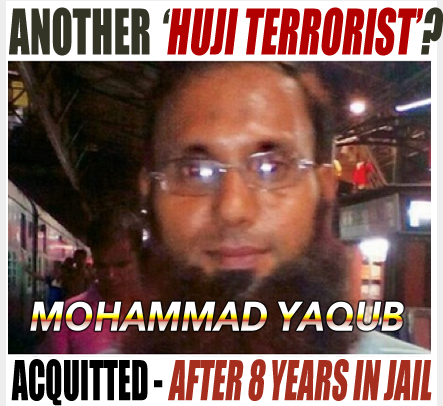 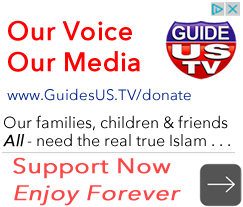 Lucknow: One more Muslim youth got freedom from the atrocities of police and intelligence agencies which are supposed to protect citizens of the county.

It took eight years for Mohammad Yaqub to come out of jail only due to the conspiracy and false allegations leveled against him by the system. Yaqub was acquitted by courts but after losing his eight precious years of youthfulness.

The story and script of freed man Mohammad Yaqub (who hails from Bijnore In UP) is not different from the other Muslim youths who have been picked up by allegedly biased investigative agencies and branded as a module of one terror outfit or the other.

For Yakoob, on June 10 of 2007 all was changed when the Uttar Pradesh Special Task Force (STF) picked him up from Nagina railway station and alleged that he was a Harkat-ul-Jihad-al-Islami (HuJI) terrorist.

He was allegedly tortured and made to confess that indeed he was a ‘dreaded terrorist’. Last Thursday, the Special Sessions Court set Yaqub free – the charges against him could not be substantiated by STF. But even as 36-year-old Yaqub walked out a free man again, his precious eight years were lost in the darkness of the Lucknow district jail.

According to Daily Mail, which carries his heart-ending story, “They tried every method to torture me. I was kept without clothes and was tortured in a dark room of STF office in Lucknow’s Mahanagar area. While there were some officers who used to grill me, there were others who were specialists in torture technique. They were capable in making you parrot anything and everything”.

He further narrated his tale saying after relentless torture, he succumbed and signed whichever paper they put before him on the 10th day. “Next day, on June 21, they produced me before the media in which I was asked to say that I was arrested the same day, and that Jalaluddin alias Babu Bhai and Naushad were my commanders in HuJI, and they were in Uttar Pradesh to carry out terror activities,” Yaqub told Mail Today over phone from his village.

“The only excitement in me after my release was to see my seven and-a-half-year-old daughter Mantasha, who was not born when I was arrested. I am back in my village and trying to lead a normal life. But it is difficult. People look at me with suspicion. My friends don’t talk to me and fear that STF will arrest them also. Through the years my house has become dilapidated. I am left with broken walls and the roof. I had 12 bigha of farm land, but the land was abandoned after my arrest,” Yaqub said.

His son Aftab, who was five-year old when Yaqub was picked up, is now 13. His childhood too is shattered. “He was a cheerful child eight years ago. Now he remains silent. Have you seen a 13-year-old remaining silent all the time?” Yaqub asked. “The STF had shown my arrest from Lucknow’s Charbagh railway station,” Yaqub said, adding that the court did question the veracity of that claim.

The judge asked why there was no witness if Yaqub was arrested at Charbagh railway station at around 2 pm, when the entire station was crowded. “Why nobody saw this at the railway station?” asked the judge. The STF also failed to explain what happened to the explosives purportedly recovered from Yaqub. The special judge found the charges against Yaqub to be false and asked STF whether they cooked up the case to steal away a major part of his precious life.

STF sub-inspector Vinay Gautam, who was the team leader at that time, had ostensibly “got confirmed information” that a terrorist was reaching Charbagh railway station on June 21, 2007. “We had arrested him after receiving a tipoff from an informer,” Gautam said.

He was arrested first and then the other two were arrested with his help,” Gautam had reported in his case at the police station. He had also stated that Yaqub was trained as a terrorist in Pakistan. He had gone there in 2005 via Bangladesh with the help of Jalaluddin. But Yaqub counters.

“Jalaluddin is from Kolkata. I had never met him before he was brought in front of me on June 21, 2007 during media briefing. Naushad is my distant relative and lives in village Chak-Udaichand, four kilometre away from my village. I didn’t know that he had also been arrested. The STF didn’t know that he is my relative till I told them,” Yaqub narrated.

The judge also observed that the timing of Yaqub’s arrest, the place or the recovery of explosives could not be substantiated by STF. This proved that he was innocent and falsely implicated in the case, said the judge. Yaqub’s visit to Pakistan also couldn’t be established.

Last Thursday, Special Session Court of SAH Rizvi ordered Yaqub’s release as he quietly left for his home in Bijnore.

He says that he has lost courage to venture out of his dilapidated house. “People ask me what I would do against those who not only took away my precious eight years but also my spirit, my desire for life, my wife and my four children’s confidence. I say it will take 20 years for me to return to normal life. Thereafter I would possibly try to think what happened to me and why,” Yaqub added. While Jalaluddin and Naushad have also been found innocent in this case, there are other cases to keep them in jail.

Sometimes back at a conference, former Chief Justice of India Justice A. M. Ahmadi had rightly commented that it was another matter that they (innocent Muslims) might have been released later but once jailed with the label of terrorists it was impossible to wipe it out. They will be denied any job and will be ostracized. They are not adequately compensated.

It destroys the life of an innocent person for the mistake of the State’s policeman who without any evidence put him behind the Bars.

No action is taken against the police officer for his error; there is no public apology either to restore his image”.