We have a question that represents what many of us would like to know the answer - about Muslims against other Muslims.
Read . .

"so why the Muslims kill thems selfs and bombing masgids and blow up too many peoples?"

Bismillah was salat was salam ala Rasoolullah. Allah 'Alim. In the Name of Allah, and the peace and blessings be upon His messenger, Allah is the All-Knower!

Your question is very much on the minds and hearts of Muslims all over the world and can only be understood in light of the Quran and sunnah of Muhammad, peace be upon him.

We Muslims must always refer all matters wherein they disagree to the Book of Allah (Quran) and the sunnah of His last and final messenger, Muhammad ibn Abdullah, salla llahu alayhi was salam.

This is the most important key to open the door of solving disputes and disagreements between the believers. As Muslims we must put this into practice if we are to find solutions, and above all, if we are to remain as believing Muslims in good standing with Allah. If we are not in complete surrender to the Will of allah and submission to His Commandments and in peace with Allah no matter what condition He puts us in - how can we say we are Muslims? (see meaning of the word: "Muslim")

"If you differ in anything among yourselves, refer it to Allah and His Messenger, if you believe in Allah and the Last Day. That is best and most commendable in the end" [4:59]

"And whatever you disagree upon, its decision is with Allah" [42:10]

The first verse of surah an-Nisaa (surah 4), is also proof that the Shari'ah has been perfected and completed.

Ibnul Qayim commented on this verse,

"It covers everything that the believers may disagree upon concerning their religion, from the smallest to the greatest, whether hidden or evident. And if there were not a clear solution to their disagreement in Allah's Book and His Messenger's Sunnah, or if they were not enough for that, then He would not have ordered us referral to them."

Shari'ah is the Judge and is not to be judged: This is its power and its role.

This means that the Shari'ah rules and judges whether people's sayings and doings are correct or not. It judges between them when in conflict and disagreement. It confirms the right and abolishes the falsehood. This fact sometimes is violated through some wrong practices: Fanaticism: The fanatics in the different Madha-hib, schools of thought, judge the Qur'an and Sunnah by what their Imam say. For example, Abul Hassan al-karkhy, a prominent Hanafi Imam, said, "Every verse 'in the Qur'an' that differs with our Madh-hab's understanding is either wrongly interpreted or abrogated, and the same applies to every hadeeth as well."

Democracy [or Demon-Ocracy]:
Today, one of the ugly examples of people taking the Divine Shari'ah into their own hands, is the one related to the so-called democracy - by taking people's opinion, directly or through their parliament, about implementing the Islamic Laws.

The essence of this is subjugating the implementation of the Creator's Shari'ah to the will of His creatures or rendering it to a mere choice like any human-set constitution or laws.

This is total and clear disbelief, Kufr.

In explaining the Islamic Aqueedah, Imam at-Tahawi said, concerning the one who rules with other than Allah's rule; "If he thought that ruling in accordance with what Allah has descended is not mandatory and that he has a choice in it, or he belittled it, while certain that it is Allah's judgement, then he has committed Kufr, disbelief."

Asserting this principle, Imam Malik said, "Any one's sayings may be corrected except those of the Prophet, sallallahu alayhe wa sallam."

And similar statements were quoted from Abu Hanifa, Ahmed, Shafi'ee and others although their exact words may differ a little.

Allah says, " Had it been from other than Allah, much discrepancy would have been found" [4:82]

The referral to the Qur'an and the Sunnah has to be done by those who qualify for it, the scholars, Allah says:

With regards to asking the scholars and referring to them, we caution the Muslims about taking answers from two types of scholars:

1) Scholars who are deeply buried under their books and have lost contact with the outside world. Ibnul Qayim said, "The Mufti and the Governor cannot govern fairly unless they have two kinds of knowledge.

The first is the understanding of the reality, being totally involved in it and being able to derive facts from what happened using evidence, indications and signs, until they are totally informed.

The second is the understanding of Allah's rulings depicted in His Book or through the sayings of His Messenger, sallallahu alayhe wa sallam, and understanding how to apply them to the reality under consideration."

Also, Abu Batah al-Akbari said, "Imam Ahmed said; 'It is not acceptable for a man to establish himself as Mufti unless he has five characteristics.

Ibnul Qayim commented on this saying;

"Knowledge of the people is a great trait that every Mufti and Governor should have.

They should be involved with the people, be very knowledgeable in enjoining the good and forbidding the evil, and then applying the one to the other. Otherwise they will do more harm than good.

If they are not knowledgeable about people, they might mistake the oppressor for the oppressed and the rightful for the wrong-doer, and vice versa. If they are ignorant of the people, their circumstances and their customs, they will not be able to distinguish between the good and the bad.

2) Scholars who sell themselves for worldly possessions.

"Keenness on money and worldly belongings will ruin someone's religion more effectively than a couple of hungry wolves can ruin in a herd of sheep, if left alone with it."

(Daremi) Ibnul Qayim said, "When people of knowledge prefer this worldly life and love it, they will definitely say what is not true about Allah, in their fatawa, judgments, sayings and actions."

This is due to the fact that Allah's rulings are not always in accordance with people's desires especially those in positions of power and those who follow dubious paths.

Their needs are always fulfilled in disagreement with the Truth. If the scholars and Governors have a liking to power and follow dubious paths, they will have their way only by using what opposes the truth.

Beware of these two types of scholars:

especially in relation to matters concerning jihad, commanding "al-maruf" and forbidding "al-munkar" - and everything that concerns tryanical rulers.

Ibn Taymiyah has described both types of scholars in one saying,
"It is imperative, concerning jihad, to take the opinion of the true religious people who have experience in real life, not the people who love this world and whose views on religion are not in depth. Their opinions and the opinions of those scholars who lack contact with reality and life should not be taken."

Dear brothers and sisters in Islam - Problems facing Muslims around the world today are directly and indirectly related to how we deal with our differences. Unless and until we are willing to follow the instructions given by Allah and by His messenger Muhammad, peace be upon him, we will not find peaceful and meaningful resolution to these serious situations we find ourselves in across the globe.

Advice: Read this article again. Make dua. Share this article with others. Make more dua. Put links to this article on Facebook, Twitter, and other social media, inshallah.

Jazakallah khair and may Allah protect you and your family from this fitnah of "ikhtalaf", ameen.

For more about Muslim divisions (and the cure):
www.IslamTomorrow.com/groups 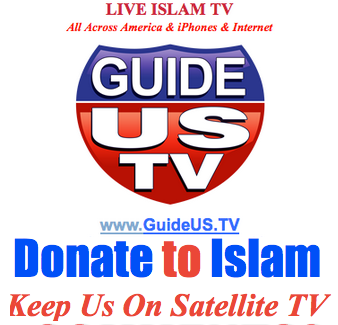