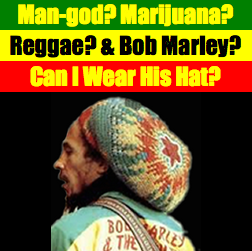 "Salam alaykum sir. I'm a teenager and I want to know, is it OK to wear hat from Bob Marley style.
Someone told me it's haram cause its from rastafari religion.
Can you tell us what Islam says?"

Bismillah Rahman Raheem
Salam alaykum brother,
Thank you for your question regarding whether or not you can wear a "Bob Marley hat" because it represents "Rastafarianism".
This gave me a good laugh and reminded me of the days when I worked and visited in prisons around the world. The religion of Rastafarians is popular in the Caribbean Islands and also accepted as an authentic religion by the United States government.
As a chaplain sometimes I met with the "Rastas" as they are referred to, and even rented a building from them in Barbados to give lectures for Islam.
I found them to be very peaceful and easy going people, with strong attachments to their faith, their community and families. Their accent is really special.
But their beliefs are totally foreign to Judaism, Christianity or Islam. They believe a man in Ethiopia was god and they openly worship him as 'father god'.
So I took the liberty of doing online search for some images to help us grasp the "picture" of what is really going on here. Hope you enjoy.
Here's what we have on the religion of Rastafarians:
Wikipedia says:

Here's what we have on Bob Marley: 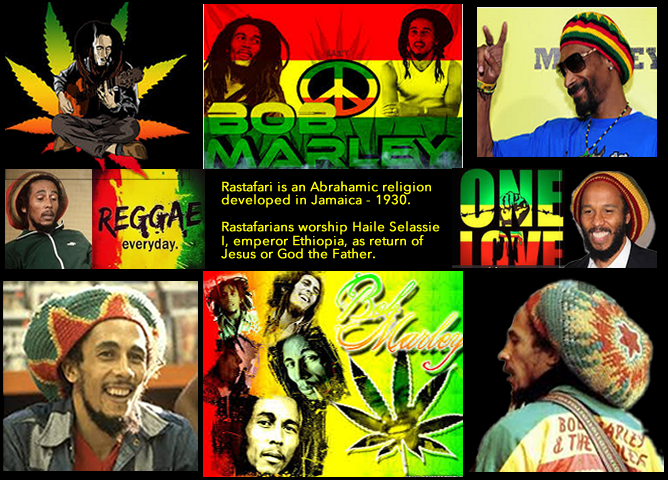 He was interviewed and asked about his religion. Here's what happened:

Interviewer: "Can you tell the people what it means being a Rastafarian?"

Marley: "I would say to the people, Be still, and know that His Imperial Majesty, Emperor Haile Selassie of Ethiopia is the Almighty. Now, the Bible seh so, Babylon newspaper seh so, and I and I the children seh so. Yunno? So I don't see how much more reveal our people want. Wha' dem want? a white God, well God come black. True true." 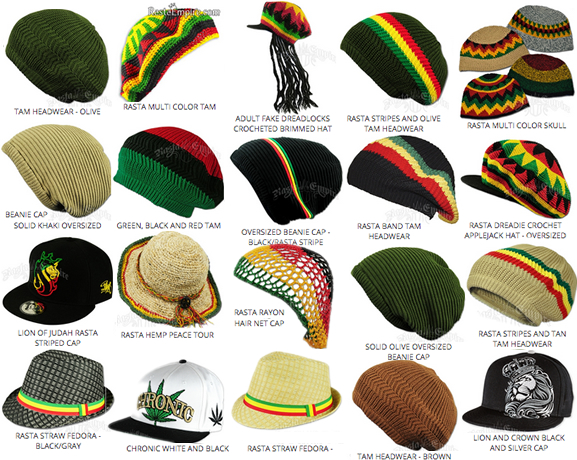 So after all of this what do you think? 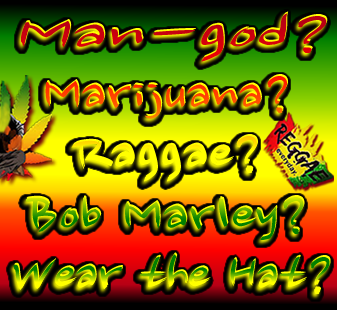 OK. Let's consider a few things of importance here:
1. Directly or indirectly promoting smoking marijuana and reggae music is without a doubt a very bad thing for Muslims.
2. Promoting any other religion - directly or indirectly is out of Islam completely and if someone died while doing it - I don't want to think of any of us being in this way.. authobillah.
#1 Question - What's the big deal about a hat that clearly represents Rastafarians, reggae music, marijuana or Bob Marley?
If this is their idea of cool - We don't think so.
#2 Question - If one of us needs to wear a cap, we could wear one that represents Muslim lands or cultures, right? 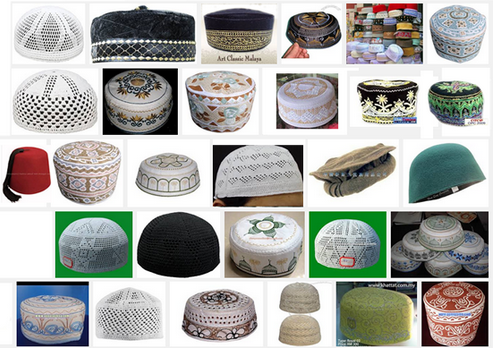 And we have no problem to show people we're Muslims, right?
#3 Question - We don't have to wear hats, caps, kufis or turbans, even in the prayer it is not a part of worship. So why waste our time and money it we don't have to wear a hat for protection or job related work?
I enjoyed your question and the time spent looking these things up for you.
Thanks so much and be sure to write to me again brother.
Jazakallah khair was salam alaykum,
Yusuf Estes 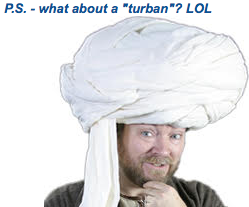 While you decide what kind of head cover to wear, check out our websites for more interesting ideas, inshallah: