Christians in U.S.A are 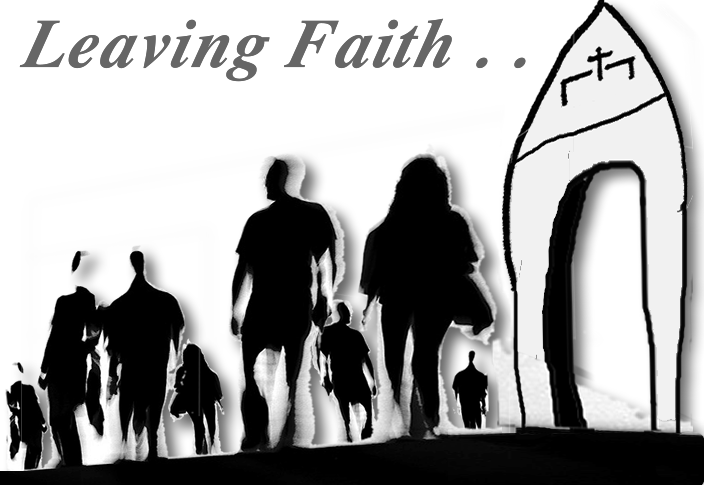 Christians Becoming Non-Believers (Predicted by Muhammad, peace be upon him)

Millions of Christians have turned away from religion and became atheists as numbers drop by one percent per year, for the last few years.

People in America who claim to be Christian has fallen nearly 10% in the last few years.

According to the Pew Research Center 71% of America's population said they were some kind of Christian.

Consider the same study done back in 2007, when over 78% of the population made the statement.

That comes out to 1 percentage point per year.

If this continues at the same rate, next year's Christians will be less than 68% of American population.

Compare these findings to those Americans claiming no religion at all - rising from 16% to 23%! This the exact same number (one percent per year) loss of the Christian population in the U.S.

56,000,000 (fifty six million) Americas do not follow any particular religion. These are right behind the largest group of Christians - the Evangelicals.

Pew researchers say the losses they discovered were driven mainly by a decrease among liberal Protestants and Catholics and occurred in all regions of the US and among all ages and demographics.

About 5 million less Americans now identify as Christian compared to when the study was conducted in 2007.

South now has over 19% of population - without belief or religion.

Northeast is higher with over 25% now.

West has the largest group of "non-believers" - over 28% of the public. 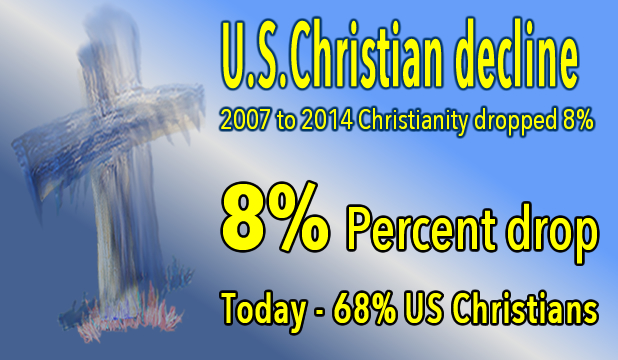 The Pew study included over 35,000 people in each case.

What does this mean to us as Muslims, you ask?

Our prophet Muhammad, peace be upon him, told us in the very end times, there would be only Islam (submission to God in sincerity) and kufr (disbelieve even in spite of clear evidence).
Those without belief (kufar) would wear the word "KAFAR" on their heads.
And a kafar (athiest or disbeliever) would greet a Muslim (one who believes and submits to the One God) and say, "Hello Muslim" and the Muslim would reply, "Hello kafar".

With Muslims increasing in number around the world, and other faiths loosing big numbers every year, this shows the truth of the prophecy of Muhammad, peace be upon him.

Let's work hard to show the real Islam in ourselves so others will be able to see for themselves the beauty, peace and love brought to us from Almighty God, ameen.

The Quran indicates there will always be some believers from the People of the Book (Bible). Let's pray for the true believers to be strong in faith and not give up on God, ameen.