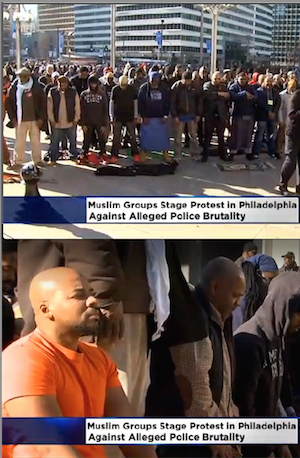 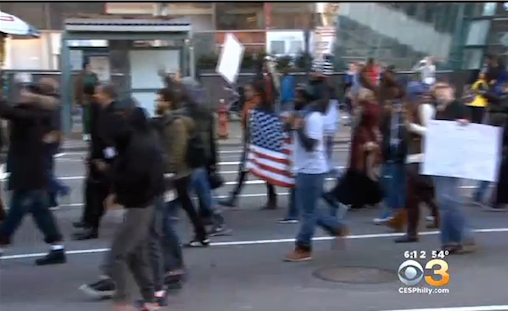 PHILADELPHIA (CBS) – A group of about a hundred Muslims exercised their first amendment rights Saturday afternoon in Center City with a demonstration against police brutality .

The event started with prayer outside the Municipal Services Building. There were speakers, then the group, with a police escort, marched around City Hall, chanting “hands up don’t shoot.” 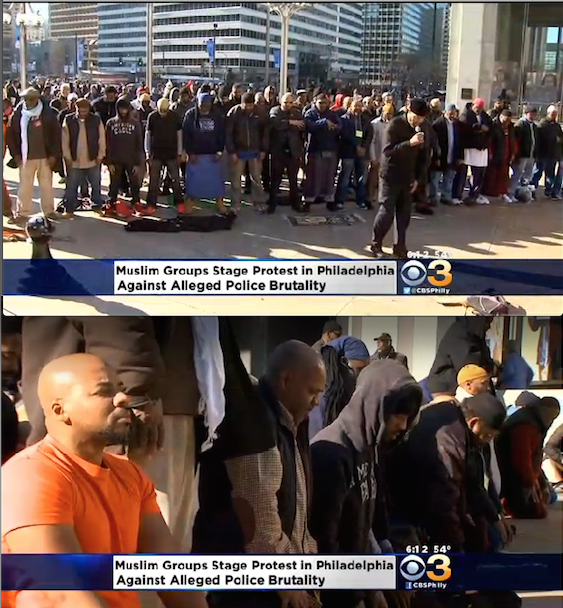 He continues, “But it seems that there is a growing number of police officers that are not so good and we want to bring attention to those police officers and to the deaths of people like Eric Gardner, Trayvon Martin and of course Michael Brown in Ferguson, Missouri.”

“Particularly all this viral police brutality that we see played out on the evening news and on social media as well. I think the citizens and people have seen enough and had enough and there needs to be a change.”

After the march, the peaceful demonstration wrapped up with a die-in back at the Municipal Services Building.