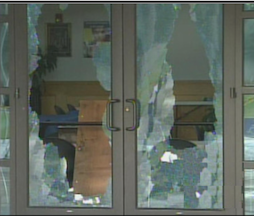 Now the Truth Comes Out - But What Does This Say About the Condition of the Muslims Today? 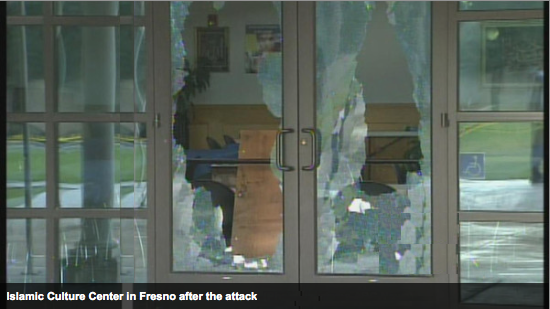 WHO ATTACKED THE MOSQUE IN FRESNO?

WHO BROKE OUT THE GLASS?

WHO BROKE DOWN THE DOORS?

Police first suspected a 'hate crime' but they found a big surprise.

After the crime - a Muslim came forward to tell what he knew.

Asif Mohammad Khan says he knows who did it and it is not what you think...

Here's the way we got the story:

A 28-year-old man was arrested on suspicion of vandalizing the Islamic Cultural Center of Fresno on Christmas day, causing investigators at first to suspect a hate crime, police said Saturday.

But relatives of the 28-year-old suspect, Asif Mohammad Khan, said that schizophrenia - and not hatred - led to the unfortunate incident. “It is a case of mental illness,” said his sister, Samia Khan. “There’s no question about that.”

Asif Mohammad Khan has been booked into jail on charges including felony vandalism for more than $10,000 in damage done Thursday to the Islamic Cultural Center and a nearby medical office.

In the search for a suspect, Fresno Police Chief Jerry Dyer had said that the broken windows and bleach poured an American flag inside the Islamic center appeared to be a hate crime.
On Saturday, Dyer said that investigators interviewed Khan, and their theory has changed. “It was obviously not as we thought,” said Dyer, adding that police will let FBI agents decide whether hate-crime charges are warranted.

Khan confessed, telling officers he was upset with people at the Islamic center for talking down or bullying him, Dyer said.

Samia Khan said doctors in 2009 diagnosed her brother as schizophrenic, and in the days before the incidents he had not taken his medication. Khan said she joined Fresno police at a news conference to explain her brother’s illness. She said her family is part of Fresno’s close-knit Muslim community and apologized for her brother.

Got any interesting stories you want us to follow up on?

Send to This email address is being protected from spambots. You need JavaScript enabled to view it.