Who Are REAL SCHOLARS
of ISLAM? 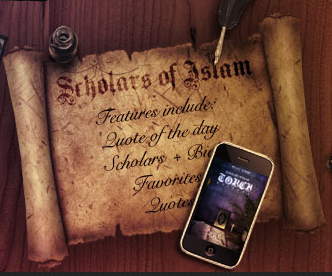 At the present time, a most vicious campaign of propaganda is being waged against the Ulema (scholars of Islam) by a certain group in all Muslim countries.

These people fallaciously compare the Ulema in the Muslim world with the priesthood in medieval European Christendom. They preach hatred against them by characterising them as living luxury, exploited their followers and dividing the Muslims into mutually hostile sects all engaged in fratricidal strife. They would have us believe that the Ulema are responsible for all the evils in the Muslim world throughout our history and the acceptance of their authority as the reason for our backwardness.

From these premises, they conclude that the only we Muslims can achieve our salvation is to reject all interpretations of Islam given to us by ‘’these dogmatic learned men’’, get rid of the ‘’Mullahs’’ and build and entirely new structure for Islam by ourselves.

Who are the Ulema? Are they priests? Are they a hereditary ruling excluding outsiders? Certainly not! Any Muslim acquires the requisite knowledge in the Arabic language, the Qur’an, Hadith and Islamic jurisprudence can attain the rank of an Alim. But today we are faced with the tragic situation where we find a group of our people with exclusively English-type education, many of whom received their training in Christian missionary schools and colleges, who refuse to acquire any of the Islamic learning foe which they have nothing but contempt, insisting upon their right to reinterpret Islam and law because, they argue, Islam is not the monopoly of any priest class! If a certain task requires specialised knowledge and training, how can it be properly performed except by those who fulfil the necessary conditions about the Shar’iah, be qualified to exercise Ijtihad?

Far from living in luxury and ease, throughout our history we find the Ulema enduring with patience and steadfastness the most intolerable hardships and tortures. Who inflicted the persecution? Not the Christians. Not the Jews! Not the Hindus! None else but our own rulers bearing Muslim names who wanted no part of Islam!

Why did Imam Abu Hanifa, Imam Shafi’, Imam Malik and Imam Ahmad ibn Hanbal suffer the most severe persecution for their refusal to endorse the Mu’tazilte heresy so fashionable among the ruling elite of that time?

Why Ibn Hanbal, flogged in a manner too cruel even for elephants and breathe his last, chained in a dungeon?
For what crime was ‘Allamah Ibn Taymiyyah repeated locked behind bars by the rulers of his day and die in prison?
Why did Jehangir imprison Shaykh Ahmad Sirhndi in the Gwalior Fort because he had refused to prostrate himself before the Emperor?

Who has the power today? Surely not the Ulema! Why do we find that in every Muslim country those Ulema who have the courage to speak out and denounce the un-Islamic practices of modern life, resist secularism, materialism and atheism and who support movements striving for an Islamic revival? Imprisoned and even some times condemned to death?

For their steadfastness in upholding the faith against innovation and heresy, they are constantly subjected to all kinds of harassment and representative measures. Where is the theocratic dictatorship of the Mullah’s? If the Ulema had the power to deny the Muslims the blessings of freedom, enlightenment and progress, why have they been compelled to endure all this persecution?

The respect and deviation of the common Muslims for these Ulema are not mere accident or a product of sheer conservatism or Taqlid. Their authority is maintained not by any material power of which they possess none solely rests upon their superior knowledge, wisdom, character, piety and their struggle, sacrifice and suffering for the cause of Islam. Their lives and works are a convincing testimony of the Muslim community that they have made every effort to discover the correct meaning of the Shar’iah and that therefore their interpretations can be relied upon with implicit faith and integrity.

Those who malign the Ulema insisting that we reject all interpretations by ‘these dogmatic learned men’’ in other words are telling us that ‘’dogmatic learned men’’ like Ahlul Bait, the Sahabah, Bukhari, Muslim, Abu Hanifa, Shafi’, Malik, Hanbal, al-Ghazzali, Ibn Taymiyyah, Shaikh Ahmad Sirhindi, Shah Waliuillah and Sayyid Ahmad Shahid were all wrong in their interpretation of Islam and only today under the domination of Western cultural imperialism have the modernists attained true perspective!

What is this plea for a new Islam but to substitute for the Islam of the Qur’an and the Sunnah a counterfeit version manufactured by the Christians missionaries and Orientalists in London and New York?

Sadaqat Maryam Jameelah. Unfortunately the attack against the mainstream Scholars will continue until the last day by the so called enlightened Muslims who only seem to be concerned with pleasing other than the Muslims. Much of the hatred and anti rhetoric of Islam and the Ulema stems from their own psychological dysfunctional condition, upbringing and unfortunate circumstances and not by any real academic authenticity. This is perhaps the case with Ms Ayaan Hirsi Ali and others like her.

The importance of supporting and uniting with the Ulema despite their criticisms and shortcomings was highlighted many times by the great poet of Pakistan Muhammad Iqbal. When the Ulema where being criticised for virtually every ill that befall the Muslims he said, even with their limitations, they possessed the key to preserving Islam for the general mass.

It’s unfortunate that even amongst some mainstream Islamic workers we find people critiquing and attacking the Maulanas/Ulema for being, in their assumption, impotent to tackle the current problems of the society and world. Yes there are shortcomings and great improvements need to be made. However, we have to ask ourselves what we have done and contributed.

The Ulema have/are sacrificing great deal for the society. They have left the luxuries of the world sacrificing their time, wealth and energy to better understand Islam and implement it in our society. It is amusing to listen to some people when they make comments without even realising what nonsense they are uttering. A person who has only reached adulthood, when he talks, it seems that he has the know how and experience of a sixty year old sage! When you come to know about his/their credentials you are left shocked.

Before looking at other people’s shortcomings we must understand that we too have many shortcomings; and many times our shortcomings are greater than those whom we look down upon. We do not realise it because our ego blinds us of this and thus, due to the inner turbulence, we find ourselves always finding faults at others. When we admit our own shortcomings then and only then we will not look on others with a jaundiced eye.

Reprinted From Maryam Jameela's works on Islam - ANY COMMENTS?