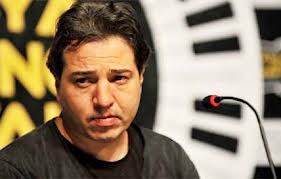 Question: When is enough - ENOUGH?

Just as we thought everything was going to settle down, another issue of "Insulting Islam" has come up. This time in Turkey - A MUSLIM COUNTRY 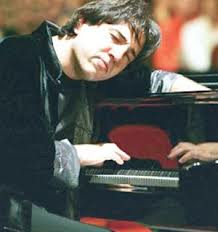 Here is what we find on this topic:

ISTANBUL (AFP) - World-renowned Turkish pianist Fazil Say went on trial on Thursday on charges of insulting Islam and offending Muslims in a series of provocative comments on Twitter, in a case that could revive fears of the Islamisation of Turkish society.

“I reject all the accusations,” a visibly upset Say told the Istanbul court, as about 100 supporters gathered outside in protest at the case.

The 42-year-old virtuoso, who has played with the philharmonic orchestras of Berlin, New York, Tokyo and Israel, is charged with inciting religious hatred and insulting Islamic values in a series of provocative tweets. He faces up to 18 months in prison if convicted.

In a written defence submitted to the court, Say said he did not seek to insult anybody, but was merely expressing his uneasiness with people who were abusing religion for their own benefits, according to Anatolia news agency.

“What I have done as an artist is to share my thoughts with my followers... It is clear that I haven’t invited anybody to spread violence, or jeopardised public peace,” he said.

The court adjourned the case to February 18 after rejecting his lawyers’ request for an immediate acquittal.

The case has revived fears of increasing restrictions on freedom of speech in Turkey and concerns that the secular country was becoming more conservative.

“Fazil Say is not alone,” declared one banner carried by rights activists, including artists and journalists, who gathered outside the courthouse in support of the self-declared atheist.

“It is a bit like the struggle between daylight and darkness,” renowned Turkish sculptor Mehmet Aksoy told AFP. “The Inquisition trials were the same. They ban everything that causes people to think, to laugh,” added Aksoy, whose monumental statue dedicated to reconciliation between Turks and Armenians was dismantled in 2011 after Prime Minister Recep Tayyip Erdogan called it a “monstrosity”.

Sevim Dagdelen, an ethnic-Turkish lawmaker from Germany, was also among Say’s supporters, representing 103 German paliamentarians who signed a petition against his prosecution.

“In a secular and democratic country, the mere expression of opinion should not lead to serious criminal charges or long prison sentences,” read the petition.

On Tuesday, Say said he was “amazed” he was having to appear in the dock, in a note he sent to a gathering of artists.

“All my life, I have represented the modern face of Turkey to the world through my art... I feel weird because I am facing the threat of being punished with a case like this,” he said. 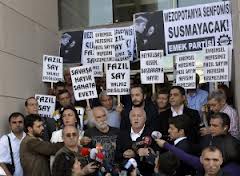 The charges were brought against Say after three people, infuriated by his remarks on social networks, filed complaints. “When I read them (Say’s tweets), I was heart-broken, I felt disgraced,” Turan Gumus, one of the three plaintiffs, told the court.

Say has also often criticised the ruling Justice and Development Party (AKP), accusing it of having a secret agenda to Islamise Turkey.

In April, Say told the Hurriyet newspaper that he felt completely ostracised by Turkish society since he declared that he was an atheist, an experience that for him highlighted a growing culture of intolerance.

“If I am sentenced to prison, my career is over,” said the musician, who throughout his career has filled halls from Tokyo to Berlin, Paris, London and Salzburg.

NOW IT'S YOUR TURN

COMMENTS - PLEASE
We Review Before We Print