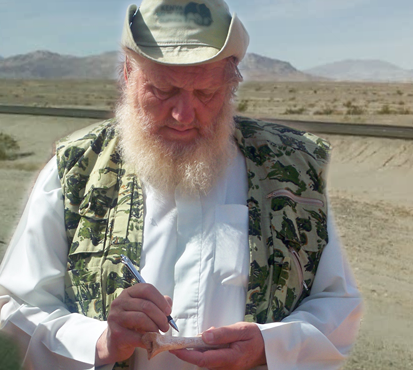 Thurs April 15, 2010 3:20 AM 4.8 Magnitude
He gives this update just before leaving to New York and New Jersey for programs there.
Always ready to bring scientific proof about "Last Days" prophecies, he seems to..

.. have recovered from extreme exhaustion and appears to be as good as ever - according and is on the way now to check up on earthquake reports in Southern California.

The latest earthquakes all along the U.S./Mexican border, especially in the San Diego, California area co-inside with the visit Yusuf Estes had scheduled to this area - bringing about his investigation into comparison to hadeeths (prophetic teachings) of Prophet Muhammad, peace be upon him. In related articles (on www.IslamNewsroom.com) he has reported the earthquakes referred to in these hadeeths.

Sheik Yusuf left  the hospital in Doha, Qatar on Tuesday April 5th, just after Fajr to head back to the USA. He was greeted at the airport by immigration authorities who welcomed him back and were very pleased with his programs on TV and the Internet.
While his condition appeared good and he was seen smiling as he hurried along with his companions to the airport, it seems he should take a bit more time for rest.
As soon as he arrives back in the USA he will be off again to California to present programs there and investigate first-hand the reports of the earth quakes taking place in Baha and vicinity.
Please continue your dua for him and for those working around the clock to support his dawah efforts.
More? www.YusufEstes.com