(BUT WHERE'S THE REAL TRUTH?)

Read these stories from so-called respected journalists both in U.K. and U.S.A. about Muslims - MURDERED IN COLD BLOOD - WHILE WALKING TO MOSQUES IN RAMADAN TO PRAY.

Other Details Not Available — HOWEVER EARLIER THIS SAME MONTH —

All Three Muslim Extremists Carrying Out Attack, Had To Be Killed by Police.

Developing Story — Check Back for Updates. 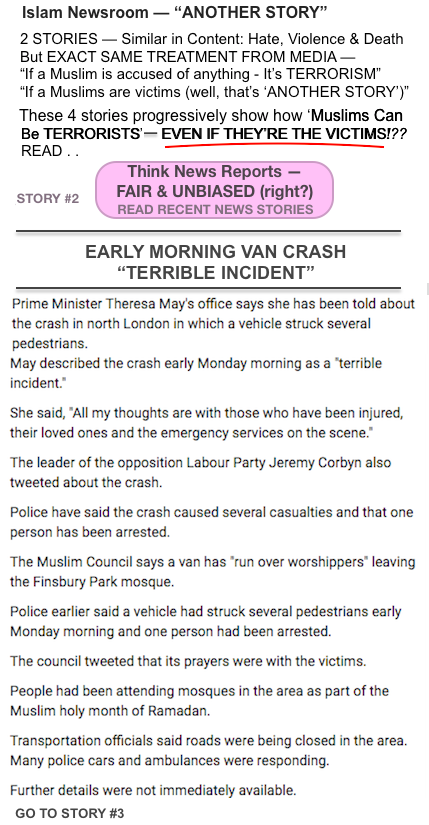 Many May Have Been in the Area Following worship in Muslim Month of Ramadan. 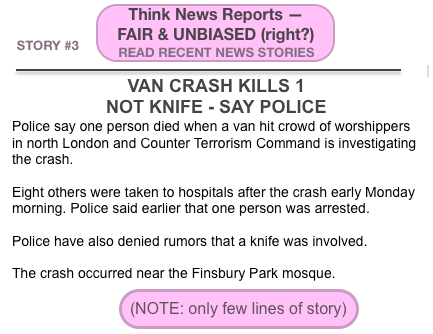 48 Year Old Man Taken to Hospital After His Van Struck a Group of People Early Morning Near a Mosque.

Several Taken to Hospitals, Rest Treated and Released on Scene. 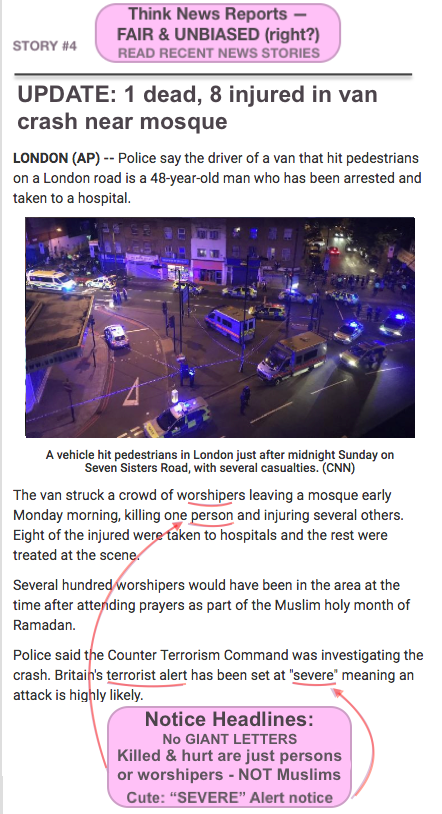 "Worshipers" - what happened to "Muslims"?

"Severe attack highly likely"? - LIKELY? - IT WAS A SEVERE ATTACK - Not Just "Likely"

This is the media we all have to deal with in today's world - Unless we are all ready to make a difference and change this view of Muslims in the world around us.

HOW? - Join us, make dua, help us find the right peolpe to educate, train, build for our future.

Support our work and efforts for Islam: www.DonateToIslam.com

May Allah accept from all of us, ameen.