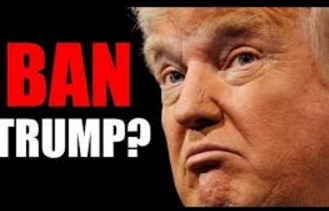 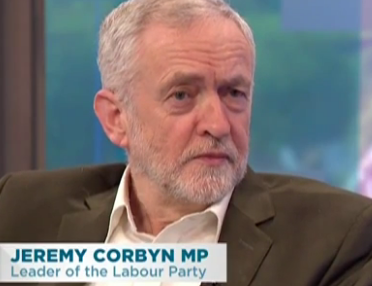 Donald Trump should be blocked from making his planned state visit to the UK as long as his "Muslim ban" policy remains in place, Jeremy Corbyn has said.

The Labor leader says, "Theresa May should not be endorsing Mr Trump", until it was clear his Government was "actually going to protect fundamental rights and freedoms and laws".

Ms. May publicly invited Mr Trump to Britain on behalf of the Queen, while visiting him in Washington DC earlier this week. He accepted her invitation. 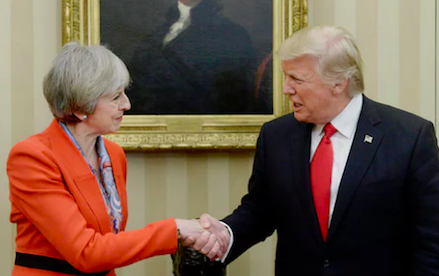 Prime Minister May refused to condemn the ban on Saturday when she was questioned by journalists.

Trump's policy negatively affects British citizens who were born in the sever counties listed in the US ban. Iraq, for instance is the birth place of Conservative MP Nadhim Zahawi. 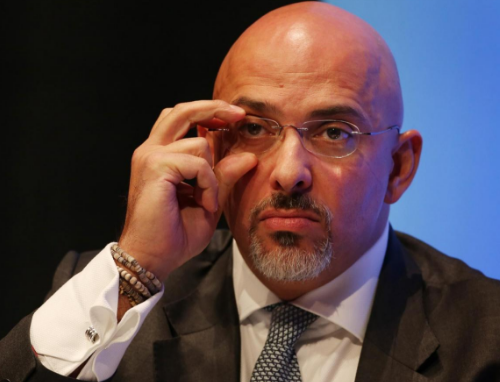 After sustained criticism, in the early hours of Sunday morning Downing Street issued a statement saying, Ms. May was in fact opposed to the ban, though she has yet to personally comment on the matter.

Mr Corbyn told ITV1's Peston on Sunday program: "It’s slightly odd he should be invited so quickly and particularly in view of the statements that he’s made. I suspect this visit is something that might find its way into the long grass."

"I think we need to find out exactly what his intentions are and how much the US parliamentary system is actually going to protect fundamental rights and freedoms and laws.”

"Is it really right to endorse somebody who has used this awful misogynist language throughout the election campaign, awful attacks on Muslims and then this absurd idea of building a wall with their nearest neighbour?"

Speaking after the program Mr Corbyn added: "Donald Trump should not be welcomed to Britain while he abuses our shared values with his shameful Muslim ban and attacks on refugees' and women's rights.

"Theresa May would be failing the British people if she does not postpone the state visit and condemn Trump's actions in the clearest terms. That's what Britain expects and deserves."

MPs previously debated banning Mr Trump from the UK at the start of last year after a petition on the matter garnered around half a million signatures, triggering a discussion in Parliament. No action was taken after the debate, however.

Protesters are set to assemble outside Downing Street at 6pm on Monday to criticize Ms May's response to the attacks on British citizens.

That gathering will come after protests at New York's JFK airport, as well as a strike by some NYC taxi drivers covering journeys to the airport.

"But we do not agree with this kind of approach and it is not one we will be taking."