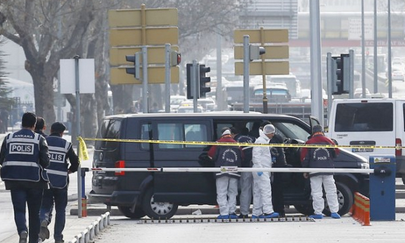 ISTANBUL — A Syrian national, identified from his fingerprints, carried out a car bomb attack next to military buses in Turkey’s capital, Ankara, that killed 28 people, the pro-government Yeni Safak newspaper said on Thursday.

An attack was carried out near Turkey’s military headquarters, parliament and other government buildings, by a car bomb alleged to have been planted by a Syrian national. 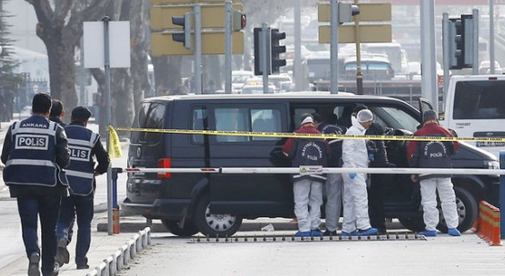 The newspaper did not reveal its source for the report, and because it is not possible to confirm 100%, and no claims have surfaced to indicate responsibility, it is not proper to label any particular group at this time.

Salih Necar, a Syrian national, has been identified as the bomber and he is thought to have entered Turkey with refugees from Syria.

His fingerprints were taken as he entered the country and police say they identified him by his prints at the site, Yeni Safak reported on its website.

It is claimed the car bombed in the attack was rented in western Turkey in Izmir about 2 weeks back.

#1 David 2016-03-08 12:40
What a bunch of nonsense Turkey wants to pick a fight to bomb Assad
Refresh comments list
RSS feed for comments to this post