Skirt Too Long?!
No School For Long Skirts? ISLAM NEWSROOM DATELINE: "School Bans Long Skirts in France"
DRESS CODE (or "Undress Code"?) in a French school got a 15 year Muslim girl banned from attending class - Why?
Officials told her, "Your long, black maxi-skirt can be a PROVACATION" (?? to what?) 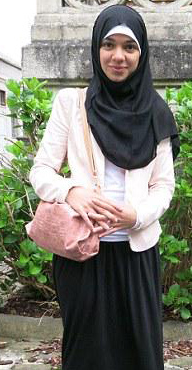 School officials have reportedly backed the head teacher’s decision to ban the student from class, saying in a statement that the skirt was a “provocation,” according to AFP.

In 2004, France passed a law that prohibits students from wearing religious symbols in schools.

Many are expressing criticism on Twitter using the hashtag #JePorteMaJupeCommeJeVeux, which translates to ‘I wear my skirt as I please.’

At a time when maxi-skirts are commonplace on Paris fashion runways, and dress codes usually dictate that girls cover up more skin rather than less, the move is being called Islamophobic, discriminatory, and sexist.

How does this make you feel?
Any words to help these young girls deal with this?