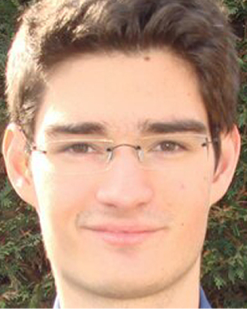 Maxence Buttey, a far-right local councillor shocked Marine Le Pen's party - Why?
He accepted Islam to be a Muslim!
Then he sent Front National officials a video urging them to embrace Islam!

A Front National local councillor has embarrassed France's far-Right party by announcing his recent conversion to Islam – and urging fellow members to join him.

Here's part of what we have in French - BUT WE NEED TRANSLATORS TO HELP US - PLEASE LEAVE US YOUR CONTACT INFO IN THE COMMENTS BELOW, inshallah. 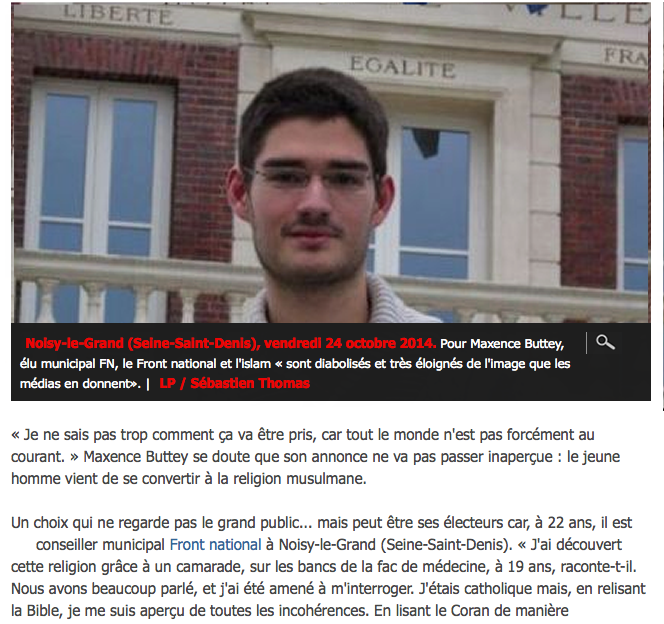 Maxence Buttey, 22, offended officials of the anti-immigration party by sending them a video in which he praised the "visionary" virtues of the Koran [Quran] and urged them to become Muslims.

Mr Buttey, a councillor in the eastern Paris suburb of Noisy-le-Grand, said the Front National and Islam had much in common.

"Both are demonised and very far from the image portrayed in the media," he told Le Parisien newspaper. "Like Islam, the FN defends the weakest. The party denounces exorbitant interest rates charged on the debt of our country, and Islam is against the practice of usury." 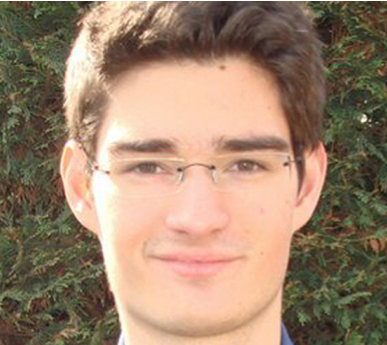 Jordan Bardella, a local party secretary, said, "Mr Buttey has been suspended from a regional FN committee" he continued, "Religion is a private choice which I respect but it must not enter into the sphere of our political activities. The proselytising video which Maxence sent out is unacceptable."

However, Mr Buttey remains a party member and a councillor. The party has no power to sack him from the post.

"Some of my voters will be disappointed by my choice," Mr Buttey admitted. "But I'm ready to explain to them that Islam has a mission to unite all men and women."

He said he found it difficult to believe the "official" version of the September 11 attacks, adding that there was doubt about the "Merah affair" -- referring to the al-Qaeda inspired French gunman, Mohammed Merah, who killed seven people in the south of France in 2012.

"I am against the niqab [full-face veil]," he said, adding that Islam did not call for believers "to cut off heads as the Islamic State group does."

Mr Buttey said he had decided to convert after lengthy discussions with the local imam, whom he met while campaigning for election earlier this year.

"I was Catholic but when I reread the Bible I noticed all its inconsistencies," he said. "When I read the Koran thoroughly, I understood that this religion is more open."

The leader of the Front National, Marine Le Pen, has objected to schools serving Halal meat for Muslim pupils, a controversial issue in France, which has banned the wearing of the full-face veil in public and headscarves in state schools. It has Europe's largest Muslim population, estimated at six million.