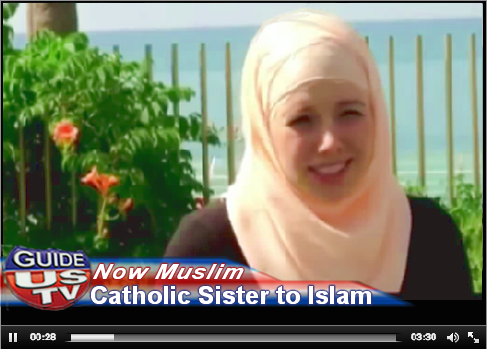 STRICT CATHOLIC
Sister taught religion as a strict Catholic but she looked into the Trinity and found it to be confusing and it doesn't make sense so she studied many religions including Islam and that when Allah Guided her to the religion of God (Islam).

CONVERTED
She converted to Islam (reverted) and became a Muslimah (female Muslim).

HARDSHIPS
Then she faced hardships from former Catholics - including her own parents and family - who took her daughter from her.

NO JOB - NO SCHOOL
She lost her job, had to leave her school and education.

JUST NEEDS ALLAH
She says - “It doesn’t matter as long as you have good relationship with God.”

Brothers and sisters - what are we doing with our Islam, if we can't even make dua for these new Muslims and share their stories for dawah?