JERUSALEM (AP) Tuesday September 23, 2014 — Israeli special forces stormed a West Bank hideout early on Tuesday and killed two Palestinians suspected in the June abduction and slaying of three Israeli teenagers, a gruesome attack that had triggered a chain of events that led to the war in Gaza this summer.

Marwan Qawasmeh and Amer Abu Aisheh were being accused by Israeli military right from the start of the campaign into Gaza, according to Israeli army colonel Lieutenant Lerner.

killed by Israeli special forces who rushed into the building where the pair were hiding, guns blazing and killed them before they had time to escape.

Eyal Yifrah who was 19, Gilad Shaar, a 16 year old and Naftali Fraenkel also 16 were hitchhiking in the West Bank on June12. The three were picked up, disappeared and not long afterward were killed.

The killing of these three teenagers prompted a ferocious crackdown of Palestinian’s Hamas organization, accused of perpetrating the crimes.

It is worth mentioning here, that in June, prior to events leading up to the missile attacks on Gaza, a young Palestinian was abducted and murdered by an Israeli extremist group, in what is reported to be a revenge attack for the killing of the 3 Israelis.

Retaliation back and forth between Israeli military and Hamas carried on for almost 2 months in the Gaza strip.

Israel sent out thousands of troops into the West Bank, calling their operation “Brother’s Keeper”. While searching for the 3 youths Israel military shut down roads in Hebron area and arrested hundreds of Palestinians, accusing them of being a part of the Hamas group all across the territory there.

Bodies of all three Israelis were discovered under a stack of rocks north of the West Bank city of Hebron in a field there. It appeared to officials the young men died not long after they had disappeared. 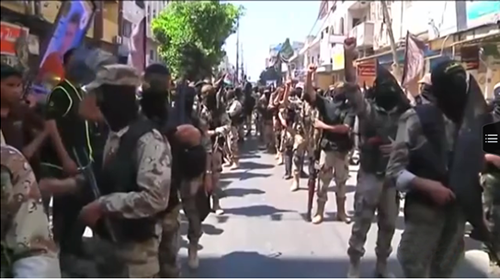 Special police unit called Yamam, dealing with terrorism were tipped off to the place in Hebron where the two Palestinians were staying.

Early Tuesday morning, the Yamam forces broke in, opened fire and confirmed killing at least one of the two, according to military sources. 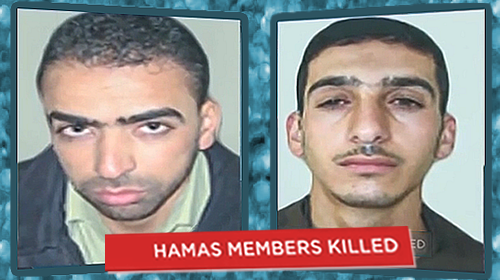 However, the second suspect fell back under fire and was thought to be dead, but the body has not been found.

Lt. Colonel Lerner also mentioned these two had been suspected of connections with Hamas and in the past attempted to capture other Israeli soldiers and civilians. He also confirmed arrested the members of the Qawasmeh family as well.

“We were determined to bring the ruthless muderers to Gilad, Eyal and Naftali to justice,” he said, “Today’s successful mission brings the long-term search to an end. And the perpetrators of the crimes no longer pose a threat to Israeli civilians.” 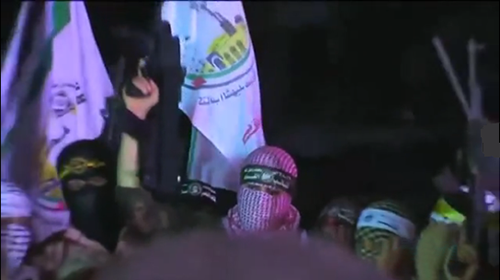 Hamas had originally denied any involvement with the abduction and killing of the 3 Isralies. However, one exiled Hamas leader responsible for West Bank operations claim his group had been involved with the capture and the killings.

One Hamas supporter said, “The martyrdom of Marwan and Amer Abu Aisheh came after long life full of sacrifice (ihad) and giving,” he also said, “This is the path of resistance, which we all are moving in.” 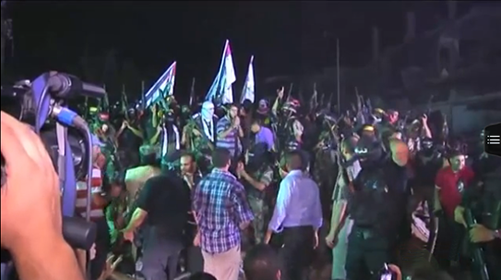 Numerous Islamic leaders throughout the Muslim world have expressed their deep concern over the turn of events, calling for patience and at the same time, due diligence for their various congregations.

According to one imam (religious prayer leader) who asked not to be named who says, “Islam does not accept any actions related to terrorism, except to use all means to stop it, regardless of who the perpetrators may be, Muslim or non-Muslim. And our prayers go out to all families who have lost relatives and loved ones in this horrible situation.” 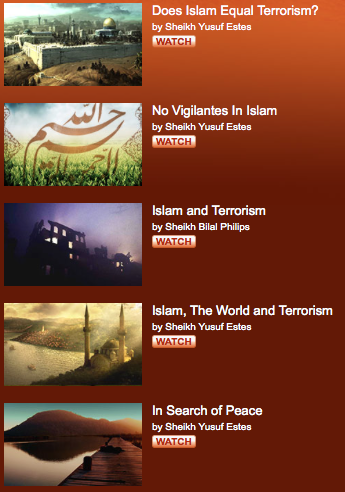 Muslims Get The Facts Here