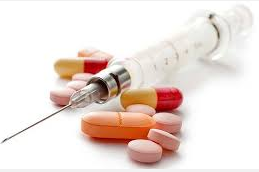 What are comments from Muslims On Drugs? What do we say? (comment at bottom)

How should Muslims, especially those living in the Europe and America, deal with problems related to drugs?

To find some alternative answers for the News We Need (as Muslims), Islam Newsroom turned to the unorthodox and unusual treatment given to this topic in one particular country - Portugal.

The 58 year-old family practitioner in Lisbon, Portugal, Goulao explains, that criminalization for small amounts of drugs, “certainly wasn’t working all that well” and “We figured perhaps this way we would be better able to get things under control”.

What “way” is he talking about? Good question. Let’s review some of the ideas and actual results of Portugal’s “way” to handle illegal drug usage in today’s world, and more important, what is the Islamic view of all this? [your comments are most important - end of article please].

Drug Limits on Heroin (1 gr.), cocaine (2 gr.), marijuana leaves (25 gr.) or hashish (5 gr.) are legal amounts anyone can purchase and have in their possession, walking down the street, carrying in their pockets, purses or briefcases, without fear of arrest or punishment.

MDMA (active ingredient in ‘ecstasy’ - a very addictive and dangerous drug), amphetamines (speed & meth) are also OK in quantities of 1 gram or less. This is sufficient amount of these drugs to last up to ten days.

By a very innovative Portuguese Law - 30/2000, these quantities were accepted as “limits of possession”, while not actually legalizing these drugs.

According to Dr. Goulao, it will “decriminalize drugs of all kinds” and he claims this way is better than criminalization for those in possession of less than these amounts of drugs.

NO CRIME FOR USERS
But 10 Day Limit

Portugal has halted prosecuting the users. Now they put the real pressure on the drug dealers. The substances in the Law 30/2000 are still illegal in Portugal. “Otherwise we would have gotten into trouble with the United Nations”, says Goulao. However, actual using the drugs is more like a misdemeanor, like jay-walking or illegal parking.

Dr. Goulao explained the “10 day limit worth of drugs” such as listed in the 30/2000 Law as something, “by its nature is arbitrary”.

Dr. Goulao explained that in the beginning of the program they were uncertain of it working and when they first designed the law (30/2000), “We had hardly any data to draw on.”

When Doctor Joao Goulao tells the history of drugs coming into Portugal after the freedom movement in mid-1970s, he also mentions the source for most of these drugs.

Afghanistan and Pakistan flooded the market with cheap heroin during the 1980’s across Europe, Portugal being the hardest hit, due to lack of knowledge of the ultimate fate awaiting those who involve themselves in the world of drugs. “We were naive” says Dr. Goulao.

Since 1974 until the institution of the new anti-drug program, Portugal was one of the worst examples of drug addiction and HIV (A.I.D.S.) countries in the world. So bad in fact, the Portuguese government convened their anti-drug commission made up of 11 experts, including Dr. Goulao. It’s notable to mention, majority of the members were not politicians.

Drug addicts “are sick people”, says Dr. Goulao often, and not all are criminals. Portuguese anti-drug commission agrees. Users are not criminals and should not be treated as criminals. They should not be arrested, exhibited on trial or tossed in jail. 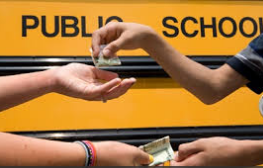 Portugal has decreased the percentage of severely addicted people

But more surprising, Portugal has saved untold millions on their country’s judicial system, in courts, trials, jails and prisons - because it is no longer processing, judging, jailing and imprisoning individuals who police catch with 1 or 2 grams of illegal substances.

However, illegal drugs in Portugal is still very much a crime and if possession exceeds the 30/2000 Law limits and punishment for these crimes can be “substantial”.

Dr. Goulao points out, “The police still search people for drugs”. This is especially true of hard drugs like hashish, cocaine, ecstasy -- Portuguese police still seize and destroy all these substances.

Before destroying any of the evidence, officers must first weigh the drugs and consult the official table with the list of 10-day limits. Anyone possessing drugs in excess of these amounts is treated as a dealer and charged in court. Anyone with less than the limit is told to report to a body known as a "warning commission on drug addiction" within the next 72 hours.

In Lisbon, for example, the local drug addiction commission is housed on the first floor of an unremarkable office building. The idea is that no one should feel uncomfortable about being seen here. A 19-year-old in a white polo shirt waits in one room. Police caught him over the weekend with about a gram of hashish. A social worker has already questioned him for half an hour and learned that he attended vocational training at an agricultural school, lives with his parents and smokes pot now and then. This was the first time he was caught in possession of drugs.

Next, a psychologist and a lawyer speak to the young man. They want to know if he's aware of the dangers of cannabis.

"Yeah, yeah, from school," he says. "We had a class on prevention."

As long as he isn't caught again within the next three months, his case will be closed. "We won't inform anyone that you were here and this won't go on your record," the lawyer explains. "But if it happens a second time, there are serious consequences."

The commission can also impose fines, but the lawyer says it doesn't like to do so for teenagers. The fines are likewise not intended for people the commission determines to be addicts -- they're already paying to maintain their habit. "Our most important duty is to invite people to participate in rehab," she explains.

Lisbon police send around 1,500 people to the commission each year, which averages out to less than five a day. 70% of these cases are marijuana related. Those who fail to turn up receive a official notices, but coercion is not an intended part of this system.

Critic Against This Program

Critics like Manuel Pinto Coelho (64 year-old medical doctor) are against anything short of total criminal prosecution for anyone involved with illegal drugs on any level. He says it’s important to, “prevent people from buying, taking any drugs” and to use, “every method at our disposal”.

Dr. Coelho, who runs diet clinics, is the last obvious opponent to Dr. Goulao’s experimental proposition, that is at least helping at least a portion of the drug problems in his own country. He says he wants his country to “return to normalcy” by going back to “tough war on drugs” like the rest of the world.

Unpopular in his own country, Dr. Coelho claims he’s well received in countries abroad where he gives symposiums warning the rest of the world of dangers of following Portugal’s example. Some ask if this is, perhaps because he says what they like to hear. His critical attitude has made him an ‘outsider’ amongst his former colleagues, asks how it’s possible to keep youth from using drugs, if they already know how much they can legally carry around?

“Humanistic and pragmatic” is the way Dr. Goulao describes their program.

But don’t confuse “decriminalization” with “legalization”. Portugal did not go that far, as America has these days.

Total decriminalization of drug dealing, possession or usage is pointless, according to Dr. Goulao, “without being accompanied by prevention programs, drug clinics and social work conducted directly on the streets.”

Prior to the Euro crisis, Portugal had paid out over $98 million (USDollars) every year on anti-drug programs. Now the amount is amazingly lower.

The data shows, among other things, the number of adults in Portugal who have at some point taken illegal drugs over the years.

And amazing is the decline in the number of youth, especially teens who have never taken drugs, nor are they likely to do so, according to statistics. Addicts coming voluntarily for help in rehabilitation is also increasing in very impressive numbers.

Number of drug addicts infected with HIV has fallen dramatically.

While the number of adults who admit to trying illegal drugs is rapidly increasing throughout the rest of the world, usages of heroin and marijuana, HIV and A.I.D.S on the rise everywhere else in the world - Is this a better way to deal with a very real problem facing all of us in these days?

EUROPEAN CENTER FOR DRUGS
(is located in Portugal)

The headquarters for European Monitoring Center for Drugs and Drug Addiction (EMCDDA), by coincidence, is located in Lisbon. Analyzer, Frank Zobel works here, assessing, various approaches to combating drugs. Zobel admits, he can observe "the greatest innovation in this field" right outside his office door.

“No drug policy”, says Zobel, “can genuinely prevent people from taking drugs”. He’s not familiar with any model that really works this way.

As for Portugal, Zobel says, "This is working. Drug consumption has not increased severely. There is no mass chaos. For me as an evaluator, that's a very good outcome."

1. QUESTION - Is this the ultimate solution?

ANSWER - Strangely enough - “No”, according to Dr. Goulao himself, “We have not found some miracle cure”, but at least he says, “Decriminalization hasn't made the problem any worse.”

2. QUESTION - How does a government keep citizens from taking drugs?

ANSWER - You can’t. At least not everyone, all the time.

3. QUESTION - Does the current method in our country work today?

* QUESTIONS TO ALL OF US - What do must governments do?

Crack down on cartels, distributors, dealers and street hustlers.

QUESTION - Does the current method work?

OK - Muslims - Now it is our turn to open discussion on this topic: ILLEGAL DRUG USAGE - POSSESSION - DEALING - MANUFACTURING DRUGS

Does Islam Allow This?

What is the best way to deal with this today?

A. DEATH PENALTY FOR ALL Anyone who has or deals in illegal drugs? (like Arab nations)?

B. DEATH only to growers - Jail for dealers? (note reference to Pakistan & Afghanistan)

C. JAIL & BIG FINES - anyone caught with anything?

D. JAIL & FINES - dealers, growers only? (rehab for users, but no prison or fine on first time users)

E. Make it all legal - Nobody dies! Nobody goes to jail! Nobody makes money - so there won’t be any to use?

G. GOD’s way?
What does scripture say about intoxication, addiction and making money out of it?
Bible? Old Testament? New Testament? Quran? Hadith?

Think of your own family, friends and loved ones - What is the best way?
Please help us find answers to today’s problems
We’ll print results at end of each day, inshallah.