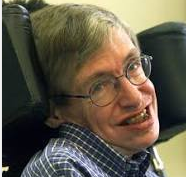 What is a boycott? According to www.dictionary.com -

boy·cott - [origin - named after Charles C. Boycott (1832 to 1897) an English estate manager in Ireland, after nonviolent coercive tactics were used again him in 1880]
pronounced: [boi-kot]; a verb (used with object)
1. joining together to abstain from, or prevent dealings with, as a means of intimidation or coercion;
as in - to boycott a store
2. to abstain from buying or using; to boycott foreign products.

A boycott is about applying pressure in an effort to effect change, a nonviolent way of expressing opposition to a particular policy.

As part of a wider campaign, it is a way to challenge or end complicity in a practice viewed as objectionable.

Boycotts and divestments are strategies of the weak against the powerful, and, in some contexts - such as Palestine/Israel - they are also responses of solidarity with a group that asks for outside support in a struggle for justice.

That is an important place to start in the Palestinian situation today.
This is due to the disingenuousness and red herrings used in the discussion by Israel's apologists and opponents of the boycott.

But why is a world famous atheist, like Stephen Hawking ordering a boycott against Israel?

Also, why are so many other celebrities, trade unions, faith communities, and student unions supporting the campaign?

First, the boycott is a response to decades of Israeli occupation and violations of international law. To be in denial about this well-documented, past and present reality means no sensible discussion about the merits of a boycott is possible.

Second, boycott is about ending impunity and ensuring that there is a cost for persisting with certain policies. Reversing the typical accusation levelled at BDS campaigners of 'singling out' Israel, it is in fact Israel that is already singled out - for economic, diplomatic and military support and protection from accountability.

Third, boycott resonates as a strategy people are familiar with from many different contexts - from challenging unethical business models like sweatshop labour to more famous historical examples in workers' struggles and fights.

People get it - it empowers those looking to respond, and, as part of a bigger whole, is a way of campaigning that time and time again makes a difference.

Four, a boycott of Israel is required because, in the words of a former Israeli Air Force captain and now activist, "it is no longer enough to try and change Israel from within". Sadly, there is no 'peace camp' in Israel, if, by peace camp one means a sizeable body of Israelis who support equality for Palestinians and the realization of all their rights.

The fact is, Palestinians need less of the so-called 'peace camp', and more of an 'anti-apartheid camp'.
To different extents, Jewish Israelis benefit from the status quo - as the privileged group in an ethnocracy - and thus pressure from the outside is about making that status quo unsustainable and undesirable - along with Palestinian resistance of course.

Five, it is already having an impact. It is a nonsense to ask if an individual boycott will 'make a difference' or 'help Palestinians' purely in isolation - just as you wouldn't criticise an Amnesty International supporter because just 'one letter' won't free a political prisoner. Rather, it is about an accumulative impact - and indeed, the BDS campaign has made astonishing progress since its official launch in 2005.

You can tell that the Israeli government and its supporters are worried because of all the time, energy and money devoted to fighting and attacking boycott activists and initiatives.
BDS is a marginal failure, they say, while organizing conferences, passing legislation, taking legal action, and paying for propaganda trips - all designed to thwart a tide of solidarity.
Indeed, Tzipi Livni's election campaign included warnings that Benjamin Netanyahu was leading the country towards isolation and sanctions.

Stephen Hawking knows what he is talking about, for sure - and he is not the only one, nor is he the first or will he be the last.

The Palestinians have always favored using these peaceful tactics like boycott for decades.

Islam Newsroom has picked up this important call for real peace and now more and more people around the world are hearing their appeal for action.

Hawking maintains his public profile with a series of attention-getting and often controversial statements ~ For instance, he once claimed computer viruses were a form of life, and that humans should use genetic engineering to avoid being outsmarted by computers.

He also claims - "Aliens likely exist" and, "We should avoid contact with them".

Hawking also expressed concerns about life on earth being at risk due to "a sudden nuclear war, a genetically engineered virus or other dangers we have not yet thought of".

Hawking claims - Spaceflight and the colonisation of space are necessary for the future of humanity.

Motivated by the desire to increase public interest in spaceflight and to show the potential of people with disabilities, in 2007 he joined in zero-gravity flight in a "Vomit Comet", courtesy of Zero Gravity Corporation, during which he experienced weightlessness eight times.

A longstanding Labour Party supporter, Hawking has also increasingly made his views known on a variety of political subjects.

He recorded a tribute for the 2000 Democratic presidential candidate Al Gore, called the 2003 invasion of Iraq a "war crime", boycotted a conference in Israel due to concerns about Israel's policies towards Palestinians, maintained his longstanding campaigning for nuclear disarmament, and has supported stem cell research, universal health care, and action to prevent climate change.

By 2003, consensus was growing that Hawking was wrong about the loss of information in a black hole.

It was in 2004 during a lecture in Dublin, that Hawking admitted he lost his 1997 bet with Preskill, but he described his own, somewhat controversial solution, to the information paradox problem, involving the possibility of black holes have more than one topology.

Hawking published a paper on the subject 2005 wherein, he argued that the information paradox was explained by examining the all the alternative histories of universes, with the information loss in those with black holes being cancelled out by those without.

In another longstanding dispute of scientific nature, Hawking had emphatically argued, bet (and lost the bet), that the Higgs Boson [a particle proposed to exist as part of the Higgs Field theory of Peter Higgs in 1964] would never be found. However, the particle did become discoverable with the advent of the Fermilab near Chicago and the Large Electron Positron and the Large Hadron Collider at CERN.

Hawking and Higgs engaged in a heated and public debate over the matter in 2002 and again in 2008, with Higgs criticising Hawking's work. He complained that Hawking's "celebrity status gives him instant credibility that others do not have."

Then when the particle was discovered at CERN in July 2012 - to his credit, Hawking quickly conceded that he had lost his bet and said that Higgs should win the Nobel Prize for Physics.

He maintains, "Philosophers have not kept up with modern developments in science" and scientists are now the, "bearers of the torch of discovery in our quest for knowledge."

He also claims, "Philosophical problems can be answered by science", particularly new scientific theories that, "lead us to a new and very differnet picture of the universe and our place in it."

He claims concepts people hold of "Heaven are a myth" and "there is no Heaven, no Afterlife" and notions of this kind are nothing but "fairy stories for people afraid of the dark".

Hawking says he is "not religious in the normal sense". He claims the, "universe is governed by the laws of science. These laws may have been decreed by God, but God does not intervene to break the laws.

Do You Support The Boycott?
Then Get it Up on Facebook Now!
COMMENT (below)
You Type - We Print
(after review)